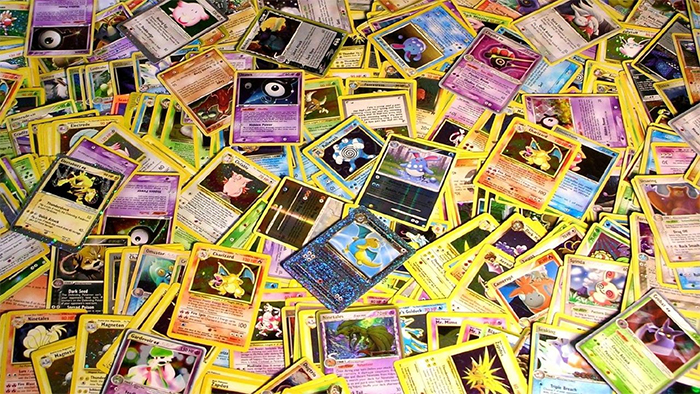 Everyone’s probably familiar with Pokemon one way or another, whether it be from the cartoon show, the video games or even the most recent additionーPokemon Go. First created by Japanese game designer Satoshi Tajiri, the franchise revolves around hundreds of small fictional creatures known as “Pokemon”, which human trainers attempt to catch and train. If you grew up during the 90’s, then you’re probably familiar with how popular the series was at the timeーhow kids used to race home to watch the new episodes on TV or how they’d play the games on their, 90’s non-backlit gameboy systems. Since the conception of the franchise back in 1995, Pokemon has grown to become one of the most well known Japanese cartoons of all timeーI mean, who hasn’t heard of Pikachu?

Besides the thousands of toys, and figurines the franchise as put out over the years, one of their most well-known merchandise are the trading cards. These cards, which contained an illustration of the Pokemon and their respective attacks were such a hit at its peak during the 90’s that it was almost impossible to find someone who didn’t know what they were. If you wanted to add to your card collection, then you’d have to purchase individual booster packs; while they would always include a single rare card, you’d have to be pretty lucky to draw a holo from the pack. Fast forward twenty yearsーand the trading card game would still be going strong. Sure, there may be hundreds of new Pokemon added that we may not be familiar with but there’s still a pretty large market for the cards, considering how the series is still going strong.

But as with any trading card game, there would always be certain cards that are more valuable, and harder to come by, right? The answer to that is, yesーPokemon cards are no different. If you’ve collected the cards at some point then you’ve probably heard of how Charizard is one of the most rarest cards out there, which is true. Besides a handful of those Pokemon who are inherently more rare than others, some cards are simply more rare due to the fact that not a lot were madeーwe’ll touch up more on this later on. So having said all that, you’re probably curious about what the rarest and most expensive Pokemon cards are. Don’t worry, we’ve got it all listed out for you below! 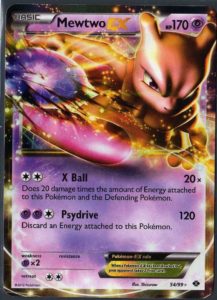 First introduced during the Black and White expansion, the Pokemon EX Full Art Cards are a definite contrast to the original cards in terms of appearance. As implied by their name, each card features a full size piece of artwork of the Pokemonーwhereas the originals simply have a small cropped image of the Pokemon. If you’re wondering whether or not the card you have in your hand is a EX Full Art Card, just give the upper corner of it a lookーdoes it have the “EX” symbol? If yes, then congratulations, you probably have a pretty rare card! Although not all of the cards from the collection are worth a lot, some can be pretty valuable; for example, the Deoxys card, currently sells for over $40 a piece. Not too shabby for a trading card!

Unlike the regular cards, the Gold Star cards feature Pokemon of alternative coloursーthat is, shiny Pokemon in the franchise lingo. Besides the obvious colour difference, the artwork is also unique in that a portion of the Pokemon typically protrudes out of the cropped area, giving players the feeling that they are actually “coming out” of the card; the shadows are also holographic. Fairly rare, the chances of obtaining such a card was roughly estimated to be one per two booster boxes (each box contains 36 packs)ーa little math, and that comes out to a probably of 0.1%. However currently, the most valuable Pokemon of the Gold Star series are the Japanese versions of the Eeveelutions, which were only given out as prizes to members of the Pokemon Players Club. For instance, a graded card can easily fetch over $150 dollars! 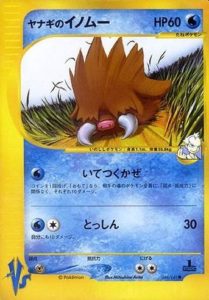 Only ever released in the island nation of Japan, the Pokemon VS collection is currently one of the harder to come by cards out thereーwhich makes sense, considering the fact that it was never officially circulated in North America. As an extension to the Gym expansions, the VS cards featured various Gym Leaders as well as the Elite Four as well as an iconic “VS” logo on the corner (which was later replaced with an “e” symbol). Another difference was how these cards were distributedーwhile they were still packaged in foil booster packs, each pack had contained 30 cards instead of the original 10; as a result, the original price was also more than double that of the traditional packs. Difficult to come by, it’s not uncommon for a Pokemon VS Card to go for over $200 in today’s market!

Released as a special promo for the second Pokemon Movie, the Southern Islands set came in special folders which included postcards of intricate artwork. A very desired collection, the set of promotional trading cards were first released in Japan in 1999 and later in North America in 2001; they featured the two regions of the Southern IslandsーRainbow Island and Tropical Island. Similar to other distributed promo cards at the time, none of them contained any rarity symbols. Since the set was mainly released as a means of advertising for the movie, only a limited amount were ever put through into circulation, making them fairly hard to come by. Considering its rarity, a complete new in box set, can easily fetch over $150, given that its the North American version. 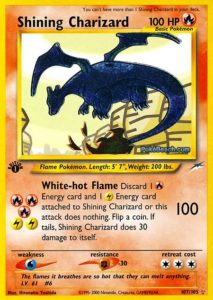 Similar to the Gold Stars, the Shining Cards featured illustrations of newly released alternatively coloured Pokemon; they were first introduced in the Neo revelation series. Difficult to obtain, the chances of finding such a card in a booster pack while it was being distributed were said to be 1 in 300ーa measly probability of 0.3%. When the set was first released in Japan, it was not uncommon for collectors overseas to be willing to shell out $300 for a copy. While their prices have eventually come down with the North American release, the set remains to be difficult to obtain. Perhaps one of the rarest cards from the set is Shining Charizard, one rated to be mint will cost you at least $150ーadd on a first edition status and you might just be looking at around $1000!

I guess the question is, who hasn’t heard of the first edition, Charizard? First released as part of the original base set, the card has always been one of the most sought after by collectors. Thinking back, we all probably knew someone in our childhood lucky enough to have pulled one out of their first booster packs (darn them!). With 120HP and an attack with 100 power, it was largely considered by many to be one of the strongest Pokemon cards at the time. Since it was first printed in the late 90’s, many different versions have been released. While they all sport the same illustration, only the first edition variety is worth money; the later reprints are worth around $50 at most. In contrast, an original first edition Charizard card can sell for at least $800, given that it has been graded a 9 or higher by the PSA. 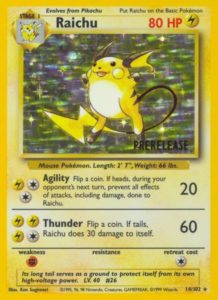 The Prerelease Raichu card is a misprint of the original, which was first released as part of the traditional base set in the late 90s. As it happened, when the cards were being printed at the time, a sheet had accidentally been stamped with the “Prerelease” logo on the bottom right hand side of the holographic image. Due to the fact that it was likely a one time miss, it is believed that only eight to ten copies of the card  were made. Although its existence had been denied by the trading card company, Wizards of the Coast for many years, it was later revealed to be true in 2006 after an employee openly released an image of said card. Due to its extreme rarity, many collectors and fans have dubbed it to be the “Holy Grail of Pokemon.”

First released in 1999 as part of a Pokemon Snap 64 DD Nintendo video game promo, these cards were created by players of the game itself; at the time, users had been invited to submit their snapshots from the game for an opportunity to have them printed as actual cards. Due to this, only a handful of “Snap Cards” have ever been made; out of them, only a very small fraction were able to make their way into circulationーmaking them incredibly rare and hard to find nowadays. If you’re looking to add one to your collection, you’ll need a lot of luckーwe haven’t seen one for sale in many years. Chances are, owners of the rare card won’t be parting with it anytime soon. 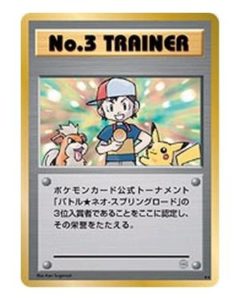 Unlike many of the other rare cards on our list, the Trainer Cards were only ever released through Official Pokemon Card Game Tournaments in Japan. While they were first awarded to the winners of the qualifying rounds in 1997, they were later reprinted and given to the champions of the competition the next year. Since then, many subsequent versions have been created; in 2000, a version with an illustration by Pokemon illustrator Ken Sugimori was awarded to the winners of the World Challenge Event held in Japan that summer. However unlike the previous Trainer Cards, these ones had been personalized with the champion’s name along with their regional conference. Considering all the hoops that you have to jump through to even get a chance at obtaining the card at the events, it’s fair to say that it’s one of the rarest and most valuable Pokemon cards of all time.

The rarest Pokemon card of all times, the Illustrator trainer card was last sold for a whopping $100,00 on Ebay in 2013. As a promo card, it was first awarded to the winners of an art contest held by Corocoro Comic in 1997. While a 39 copies of the card were distributed in total throughout the duration of the contest, it is currently unknown as to how many remain present to this day. Having said that, six of the Illustrator Cards have been located, with one of them belonging to the Pokemon TCG Blog. For most of us, it’s a fact that we’ll probably never be close to obtaining this card anytime soon. For an ungraded Pokemon Illustrator Card, the current going price is close to $20,000; in contrast, a rated mint condition version can easily fetch more than $50,000 in an auction.