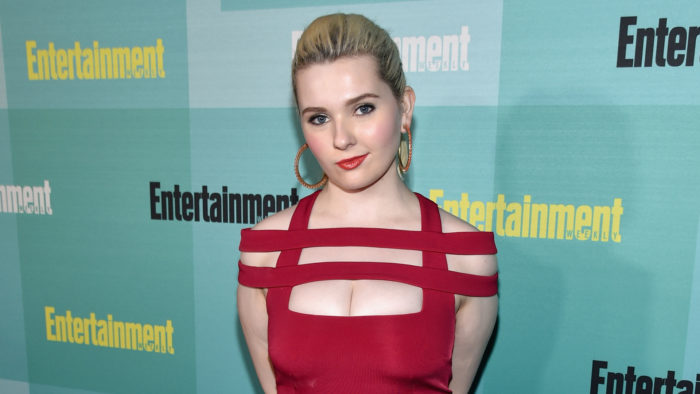 Ask most people if they’ve ever heard of Abigail Breslin and they might give you a blank look. Ask them if they remember the adorable, bespectacled girl from Little Miss Sunshine and chances are you’ll receive quite a few more “Ohhhh”s of recognition.

Such is the life of Abigail Breslin. Not that she minds, of course. When asked if she thinks that she’s outgrown her Little Miss Sunshine character, she had this to say to PAPER Magazine:

“Everybody’s always like, ‘Are you so sick of people saying Little Miss Sunshine?’ No, because I’d so much rather them say that than, like, ‘Little Miss Effed Up in the Head.’ I love that movie. It’s a part of me and it always will be.”

Indeed, Breslin has emerged from the cocoons of child stardom with maturity and grace. She is one of the arguably few child celebrities whose transition into adulthood has not been marked with rumors and controversy. While that may not sell tabloid covers, there’s something to be said for her poise, grounded outlook on life, and willingness to let her work speak for her.

This August will mark the tenth anniversary of Little Miss Sunshine. In those ten years, Breslin has starred in countless hit movies, and become an accomplished singer, author, blogger, and stage actress. 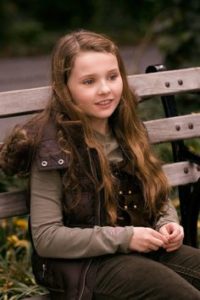 Abigail Breslin was born on April 16, 1994 in New York City, to Kim and Michael Breslin. Having entered the showbiz world at an extremely young age, she first appeared on screens when she was only three years old in a commercial for Toys R Us. Three years later, she would act for the first time in a movie, in the M. Night Shyamalan-directed Signs (2002) where she played Bo Hess, the daughter of Graham Hess (Mel Gibson). Breslin’s debut performance garnered much praise from critics for realistic, nuanced acting at a young age.

She followed this up with appearances in Raising Helen (along with her real life brother, Spencer), The Princess Diaries 2: Royal Engagement, Chestnut: Hero of Central Park, the independent film Keane, Family Plan, a voice acting role in Air Buddies, Santa Clause 3: The Escape Clause, and The Ultimate Gift.

It was in 2006 that Breslin shot to nation-wide fame when she captured hearts as the titular character of the box office hit Little Miss Sunshine. In Little Miss Sunshine, Breslin played sweet, guileless aspiring beauty queen Olive Hoover, the youngest daughter of the dysfunctional Hoover family. When Olive qualifies for the “Little Miss Sunshine” beauty pageant being held two days and 800 miles away, the whole family piles into their old, malfunctioning yellow Volkswagen bus in order to get her there in time. Many shenanigans occur on the way, including the unfortunate death of Olive’s beloved grandfather whose body they are forced to smuggle into the trunk (much to the horror of the pageant MC whom Olive blithely informs of this fact in one of the funniest moments in the film). The film culminates in their arrival to the beauty pageant, where events that occur are both hilarious and touching.

Little Miss Sunshine was a sensation at the 2006 Sundance Film Festival and grossed over $100 million worldwide, no doubt largely in part to Breslin’s heartwarming portrayal. Anthony Quinn of The Independent wrote that “Breslin’s performance had been the heart and soul of this unpredictable movie: her artless enthusiasm, affectionate nature and blind belief in her own talent are all impeccably detailed.”

Abigail Breslin: From Then to Now

Only 10 years old at this point, Breslin continued to work steadily. She appeared in a stage play for the first time in October 2007: Right You Are, If You Think You Are, alongside Cate Blanchett, Natalie Portman, and Peter Sarsgaard.

She had attained a total of sixteen film credits by the end of 2009, having expanded her resume with No Reservations, ‘Definitely, Maybe’, Nim’s Island, Kit Kittredge: An American Girl, My Sister’s Keeper, and Zombieland.

She made her Broadway debut in February 2010 when she landed the role of Helen Keller in The Miracle Worker. The show was besieged with criticism from advocacy groups for not casting a deaf or blind actor for the lead role, and low ticket sales. It closed in April 2010 despite stellar reviews of Breslin’s performance by critics.

In the following years, Breslin starred in Janie Jones, New Year’s Eve, and thriller movies The Call and Haunter. She also took on voice acting jobs in Quantum Quest: a Cassini Space Odyssey, Rango, and Zambezia. This time period marked the start of her transition from wide-eyed, rosy-cheeked child actress to a young adult tasked with playing more serious roles. Chuck Bowen of Slant Magazine stated in a review of Haunter: “Breslin is undergoing the tricky transition from child to adult actor with finesse, and she informs Haunter with the same grounded, refreshing sense of sanity that also quietly carried The Call.”

In 2013, she played Valentine Wiggin, older sister of strategic genius Ender Wiggin (Asa Butterfield), in the big budget film adaptation of Orson Scott Card’s novel Ender’s Game. She was part of the ensemble cast of the Academy Award-nominated film August: Osage County, a drama about three sisters brought back to their childhood home to attend the funeral of their father, where she played the daughter of oldest sister Barbara (Julia Roberts).

In 2014, she appeared in Perfect Sisters, a chilling crime drama based on a true story.

Having turned 18 and graduated high school in the same year, she then took a step towards fulfilling her childhood dream of becoming a veterinarian by enrolling in the pre-health track at New York University.

Breslin became embroiled in a minor controversy when she released her debut song “You Suck”, containing lyrics such as “I hate your dumb tattoo”, “I said you sound like All Time Low”, “I hate the scar above your eye”, and “You’re just a dumba**/Bleaching your hair”. This was purportedly referencing rumored ex-boyfriend Michael Clifford, member of rock boy band 5 Seconds of Summer, who possessed all the traits in question. In the same song, she accused Clifford of cheating on her. (As it turned out, she went on only two dates with Clifford. She did, however, date All Time Low guitarist Jack Barakat at one point.)

She continued to branch out into different fields in 2015, with the publishing of her first book This May Sound Crazy, a collection of honest, witty personal essays on love, loss, and young adult life. This May Sound Crazy was based off of her very popular Tumblr blog Mixtapes and Winter Coats.

Breslin was cast in her first role as a fixed cast member of a TV show (having previously made guest appearances in shows like Grey’s Anatomy, NCIS, and Law & Order: Special Victims Unit) in Fox’s hit show Scream Queens. Directed by Ryan Murphy, this horror/black comedy show is about a sorority that becomes the target of a mysterious serial killer disguised as the university’s mascot, the Red Devil. She plays Chanel #5, frenetic second-in-command to the head honcho sorority president. 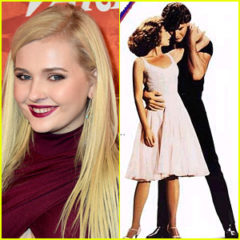 Lately, Breslin’s been busier than ever with her career going full-throttle. She’s set to reprise her role in Scream Queens’ second season, which will start airing in September 2016. (Here’s a hint: it takes place in an asylum.)

Not only that, she’s set to have a whopping four movies come out this year, in what is shaping up to be one of her most active and successful years yet.

Freak Show is an LGBT drama film based off the novel by James St. James. Breslin continues her trend of playing the mean girl in her character Lynette, high school queen bee and head cheerleader. Lynette is the rival of protagonist Billy Bloom (Alex Lawther), the plucky new student who decides to run for homecoming queen despite attending a rather conservative high school.

Breslin will voice Nani in Yamasong: March of the Hollows, a full-length sequel to the award-winning 2010 fantasy puppet short film Yamasong. Nani, an automated patchwork girl, must team up with the tortoise warrior Shogun (Nathan Fillion) and a band of outlaws to save their world from being taken over by a tyrannical mechanized army.

Now a thriller industry veteran, she played a minor role in the comedy horror movie Fear, Inc. which was released on April 16, 2016.

Last but not least, she’ll be starring in a TV musical movie remake of the timeless 1987 film, Dirty Dancing as the innocent ingénue Baby, along with Colt Prattes as Johnny. Look forward to the multi-talented Breslin display not only her well-known acting chops and singing skills, but her heretofore never-seen-before dancing abilities. (Unless, of course, you’re inclined to count her stunning performance of “Superfreak” in Little Miss Sunshine.)

After that? Nobody knows, but Breslin’s career is really only beginning and she’ll surely continue to entertain and surprise us for years to come. One thing’s for sure:

Nobody puts Abigail Breslin in the corner.