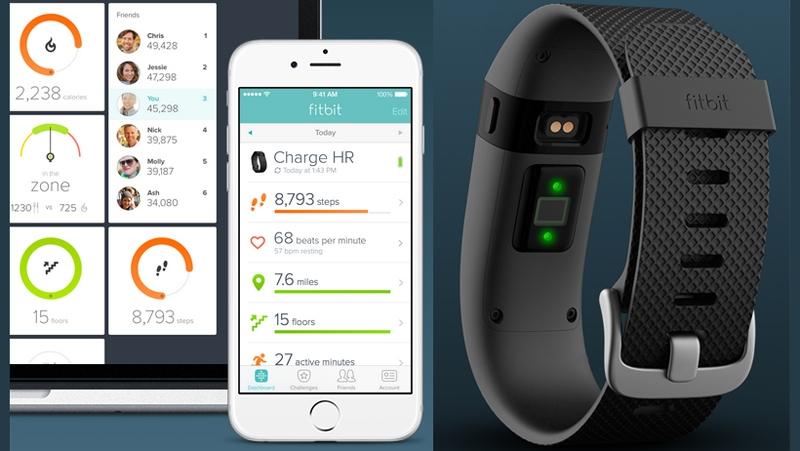 “Smart pedometers,” or fitness bands, or whatever their term is, are a relatively new market. Not only are these neat little wrist-fitting devices pedometers, but they can perform other functions, too. The Xiaomi Mi and Fitbit Charge are two smart, exercising-centric fitness bands. The Fitbit is made from American-sweetheart startup, Fitbit (working out of, of course, San Francisco), while the Mi band is Xiaomi’s latest entrance into the exercise tracker market. 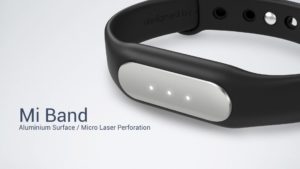 Xiaomi is a company based out of China, and they specialize in producing modern devices integrated with technologies. The Mi Band is one of these devices, and it’s a much different take on fitness trackers; it’s more just like a smart pedometer. The Mi Band has a very sleek, low profile design, but is great looking for a budget wearable. The price is the big disparity between the Mi Band and the Fitbit Charge worth mentioning right away, since the Mi Band is available for as low as $15 from Xiaomi’s US-based shop (they also have stores in the UK and Europe). The Mi Band has a nice matte chrome finish, while the actual tracker itself is a silver pill-shaped object.

The Mi Band tracks steps, distance, and estimated calories burned, on top of providing a timeline of activity for each day. It’s capable of of breaking activities down into walking and running, and connects via Bluetooth to pair with your cell phone. The Mi Band is capable of delivering custom alerts via vibration (like receiving texts, emails or calls). Two LEDs sit on the side of the Mi Band, which are used for notifications – one will pulse when you have a waiting notification pending action, and another will blink when you wave your wrist to indicate your steps count for the day. If you’re less than 30% away from your goal, one LED will constantly pulse. The Mi Band is also capable of tracking your sleep, and can even vibrate to wake you up. 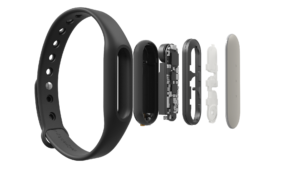 The Mi Band is a great budget-friendly, low profile fitness tracker, but it functions namely as a “smart pedometer.” Its functions are limited, but it does serve a great function for its price, which is its main driving point and real niche in the market.

The Mi Band is usually available for under $25 and comes in green, orange, red, black, and light blue. To check the current prices you can click here. However, the Mi Band does not have crucial functions like a display (so no clock!) and isn’t capable of integrating with computers (both Windows and Macs), so that also means there’s going to be very little firmware support, which is the typical way of Chinese products. 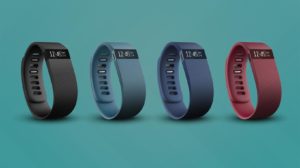 The Fitbit Charge is a turbo-powered little fitness tracker, following the same design profile that Fitbit devices are known for. The Charge is meant to replace the recently recalled Fitbit Force, which was problematic due to skin irritation and causing scabbing – almost immediately, this tracker is noticeably more comfortable and subtle. In reality, the Charge just has a much-improved clasp that holds the watch together much better. The Charge’s firmware is also upgraded from the Force, and now allows for call notifications and sleep tracking. The Charge HR is an available alternative, which includes a heartrate monitor on the underside of the watch, pressing against your vein.

The Fitbit Charge is charged by the same USB dongle that powered the Fitbit Force, which is Fitbit’s proprietary plug – sadly, no micro USB. The Charge does have the usual Fitbit software, which is great for tracking a multitude of activities from walking to biking (though the sensitivity of some activities may not cause them to be properly scored, which can be an issue depending on how you move your wrist since that’s where the tracker calculates everything.) The Charge can also pair with your phone’s GPS to map out a path on the companion Fitbit application. The Charge also includes a barometer, which allows it to track elevation – namely, flights of stairs climbed. The Fitbit companion application also allows for open development of apps, improving the functionality of not only the Charge but most all Fitbit products. 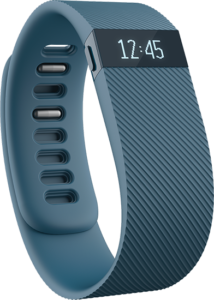 The Charge has an active mode, which allows a user to hold the button to target specific sessions of working out – otherwise, the activity will be recorded just as normal walking steps. One noteworthy application from the Fitbit market is a food database, which allows a user to scan a product bar code with your phone camera, enter height and weight information, and generally track your diet and exercise habits – failing this, the Fitbit Charge is also capable with third-party applications like MyFitnessPal. The Charge is a neat band for sure, and can be found for around $100. That said you can click here to see the current pricing with any available discounts at Amazon.com

Choosing one of the two listed fitness trackers is an easy decision; if you want a more integrated, more open-ended fitness tracker, then go with the Fitbit Charge. However, it’s worth noting here that the Charge is an older Fitbit device now, and newer Fitbit devices are available for slight bumps in price that include an expanded set of features, which namely include the heartrate monitor and improved battery lives. The Charge has a battery life expectation of around a week, while the Mi Band is advertised at a full month.

The Mi Band is a much lower-powered alternative, and much more budget friendly while serving the same purpose – do you really need the food database of Fitbit, or can you just use a third-party application like the Weightwatchers app or MyFitnessPal? The Mi Band and the Charge’s price disparity is the main argument for picking one watch over the other, and your decision of product should depend on your needs.

To take advantage of all the discounts and coupons currently available at Amazon.com you can click on the links below: