Gotta Have S’More Update – What Happened After Shark Tank 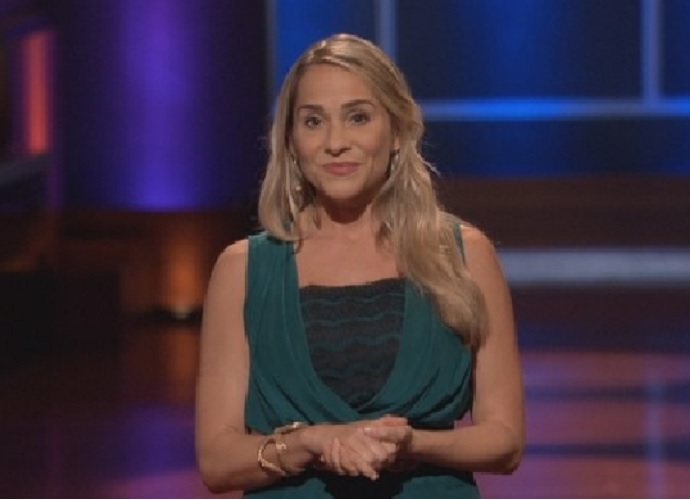 Gotta Have S’More Before Shark Tank

Carmen Lindner, the founder of Gotta Have S’More, had a successful career as an advertising sales executive, but she was a casualty of the economic recession in 2008 when she found herself laid off from her chosen career. She was awarded a generous redundancy package but soon found her thoughts turning to ideas of running her own business, in a field that she cared even more passionately about.

For years Carmen had been experimenting on her family with that firm camp-fire favorite, the S’More, and over the years she had developed her own version of the traditional treat. Her S’More was called the S’Muffin and, you’ve guessed it, it had all the ingredients of a S’More, but with the added bonus of being wrapped up in a delicious double chocolate muffin.

She knew that her innovative new dessert treat could make people happy, by reminding them of the spirit of childhood adventure, so she looked for an opportunity to see how well her invention would be received by others. In 2009 Carmen attended the Los Angeles Mixer, a business convention and networking event that gave entrepreneurs the opportunity to meet fellow business owners, and make valuable contacts. She made 1,500 of her S’Muffins for the Mixer, believing they would be more than enough for an event where there were only 3,000 guests, but the appeal of the sweet snacks took even her by surprise. Within an hour and a half she had completely sold out, and she realized that she had found an ideal business opportunity.

Carmen launched the Gotta Have S’More company in 2010 and began by producing the S’Muffins in her own kitchen, she initially planned to target corporate accounts for large bulk sales, but all the customers who had tasted S’Muffins kept coming back for more. Carmen’s husband had taken a few of the snacks to work with him, and within weeks, as the magical taste of S’Muffins were gradually experienced by a growing number of his colleagues, he began to order in large quantities for the whole office.

Unable to keep up with the demand for her product in her own kitchen, Carmen moved into a commercial kitchen two months after launching the company, she hired some staff to help with the delicate manufacturing procedure and got to work, trying to clear the backlog of orders.

In mid 2012 Carmen went to an open casting call for Shark Tank in Hollywood. She was eight months pregnant at the time and had to stand in line in the hot sun for six hours to secure an initial interview, but she had brought some samples of S’Muffins along with her, and they secured her a place by their own merits. Before she received any word from producers on the show regarding the success of her application, Carmen received a call from one member of the team in particular, he wanted to know where he could buy more S’Mores, and Carmen guessed that she was in with a good chance of a Shark Tank appearance.

Soon afterwards she was asked to send in an application video, which she did along with another three dozen S’Muffins to help her chances. The subtle bribe worked, and the sweet samples opened the way for Carmen to pitch her business to the Sharks, in early 2013.

Gotta Have S’More On Shark Tank

When Carmen appeared in the Shark Tank she was looking for a $75,000 investment in exchange for 25% equity in the Gotta Have S’More company.

She began her pitch by asking for a quick show of hands to find out who liked S’Mores. All the Sharks dutifully raised their hands, after all, who doesn’t like S’Mores?

Carmen admitted that she personally was addicted to the sweet treats, however she wasn’t quite as keen on camping, so she had ‘revolutionized the dessert industry’ by creating a S’More and combining it with a muffin, to create the S’Muffin.

‘A moment on the lips, a lifetime on the hips’ observed Kevin O’Leary, ‘I bet it has a million calories’. Carmen was quick to correct his estimate, informing him her product only contained 200 calories.

Carmen had learned of the true power of her S’Muffins during her application process, and she was ready with those tried and trusted bribes in the tank. She handed out a selection of samples to the Sharks and waited for the positive reaction she knew would be coming soon.

As the sharks tasted the treats, and made generally positive noises, Carmen assured them that her customers always came back for more once they had tasted the unique taste created by her secret recipe. The sharks certainly seemed to be enjoying the S’Muffins, but they weren’t getting delirious with joy, and Carmen seemed a little disappointed about that.

Robert Herjavec loved the taste of the muffins, and congratulated Carmen on a ‘great’ taste, he wanted to know what sales had been for the company to date.

Carmen revealed that in the two years since she had launched the business, total sales had been $250,000, which impressed all the sharks. Kevin O’Leary probed a little deeper and inquired what sales for the current year were likely to be. Carmen confirmed that she projected the current years sales would be in excess of $165,000 and even Mr Wonderful nodded his head in approval at that.

Barbara Corcoran asked Carmen how her sales were made. Carmen informed her that historically 75% of the companies sales had been made online, with the rest through a few retail stores in the Los Angeles area. Daymond John asked what sort of retail stores stocked Gotta Have S’More products, and Carmen told him that she was stocked in some local speciality bakeries and a few high-end stores that stocked cakes and luxury treats.

Up to this point Carmen had been doing quite well in her Shark Tank appearance, the S’Muffins had sweetened up the Sharks initially, and her fairly impressive sales figures had even impressed the hard-headed Kevin O’Leary, but things were about to get a lot less friendly in the tank for the Los Angeles Local with the sweet business plan.

Mark Cuban inquired what the cost of the S’Muffins was, Carmen disclosed that a dozen units cost $9.34 per dozen, but sold for $29.94 per dozen. It was an impressive profit margin and Mark seemed fairly happy with the answer, but Carmen elaborated a little more. She explained that the company delivered anywhere in Los Angeles, and had recently begun shipping S’Muffins nationwide.

Barbara Corcoran was quick to pick up on that point, she queried the delivery method with Carmen, asking if the product was shipped frozen. Carmen confirmed that the S’Muffins were frozen before being shipped, and as soon as she heard that Barbara asked what the cost of shipping would be for a dozen units. Carmen seemed a little uncomfortable when she admitted that the cost to ship a dozen S’Muffins was $54 dollars, she began to explain about her plans to reduce the shipping costs, but didn’t get very far before Kevin O’Leary interrupted.

‘Wow, Stop the madness Carmen’ Kevin suddenly urged, ‘That’s ten bucks a S’Muffin, who would pay that?’ he asked.

Kevin, who had clearly enjoyed the taste of the product understood where Carmen was coming from, ‘I get it’ her told her, ‘It’s a S’Muffin, but the cost is freaking me out, It costs ten bucks a smuffer’ he concluded. Daymond was momentarily reduced to a fit of giggles by Kevin’s use of the work ‘Smuffer’, but Carmen cut through his muffled hysterics to defend the cost of her product.

She asserted that her S’Muffins were aimed towards high-end customers, who were prepared to pay a premium price for a premium product. Robert Herjavec tended to agree with her, he remarked to Kevin that the business had achieved sales of $165,000 in the last year.

Kevin wasn’t convinced by Robert’s point, he asked Carmen if she sold many ‘Smuffers’ for ten dollars each, Carmen was quick to confirm that she did sell plenty of units that were shipped around the country.

Kevin O’Leary found that revelation surprising, and it seemed to offend his love of good value, ‘That’s Crazy!’ he exclaimed, ‘Am I the only person that thinks that’s insane, you Fedex this across the country, or you send your children to college’, he continued, and the Sharks dissolved into laughter, enjoying the Kevin O’Leary comedy show.

But Carmen wasn’t laughing, she fixed Mr Wonderful with a slightly crazed eye and told him that he wouldn’t believe the frenzy that her S’Muffins created, she asserted that her product was destined to be the ‘next dessert craze’.

Unfortunately for the Gotta Have S’More entrepreneur, Kevin wasn’t sharing her vision of a successful S’Muffin future. He wasted little more time and told Carmen ‘I’m not going to invest in your ‘smickels’, I’m out’, which for Kevin, was about as sweet as a rejection gets.

Mark Cuban, Robert Herjavec and Daymond all followed Kevin in rejecting the Gotta Have S’Mores business. They all stated Carmen’s strategy of promoting national sales was flawed, and unlikely to lead to any real company growth, only further problems, eventually only Barbara Corcoran was left.

Barbara, alone amongst all the Sharks, announced that she didn’t actually like the product, she admitted to feeling bad admitting that to Carmen, but for that reason she was out too. Barbara wished a stunned looking Carmen good luck for the future and as Carmen left the tank she looked slightly dazed, not at her failure to strike a deal in the tank, but amazed that Barbara had failed to taste that S’Muffin magic.

Immediately after the segment Carmen admitted that she couldn’t understand why the sharks hadn’t gone ‘Bananas’ over her product, she looked genuinely surprised by such an unexpected development and compared the experience to The Twilight Zone.

Since the Gotta Have S’More segment was first aired three years ago, the business has enjoyed a modest amount of growth, and although Carmen has not yet managed to revolutionize the dessert industry, she has undoubtedly created a product that has attracted a number of fanatical admirers, who definitely do feel that S’Muffin magic.

Since the show Carmen has managed to strike a much better shipping deal with a third-party Fedex distributor that specializes in transporting perishable goods, the shipping cost for a dozen S’Muffins now in 2018 is only $20, and although it’s probably still too much for the deep pockets of Mr Wonderful, Carmen has revealed that shipped products now equal products sold in Los Angeles retail locations.

Although Carmen has revealed that her husband has not left his job to join the family business just yet, she is preparing for the day when her company sales really take off. The Gotta Have S’More business is more profitable today in 2016 than it ever has been before, but Carmen injects all the profits back into the business, getting ready for the day when the whole World will get a chance to try that S’Muffin magic for themselves, and I for one, being considerably out of the shipping area, cannot wait.