What Happened to Lenny Kravitz – 2018 News and Updates 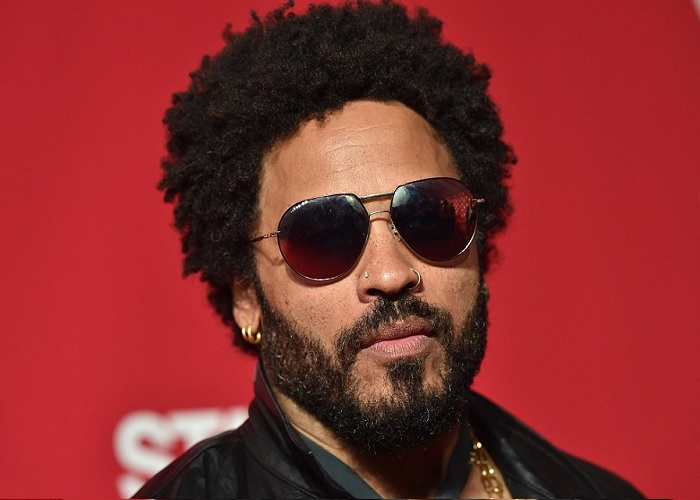 Leonard Albert Kravitz was born on May 26th 1964 in Manhattan, New York. His father Sy was a Jewish television news producer for the NBC network and his mom Roxie Roker was an African-American actress who would later find fame playing the character Helen Willis in the long-lasting sitcom ‘The Jeffersons’. Although he was the product of an inter-faith marriage, Lenny was not influenced to follow either religion as a child but after a spiritual awakening of his own, he began attending a non-denominational Christian church at the age of 13.

Young Lenny showed a clear interest in music from a very young age, by 3 he was utilizing pots and pans in the family kitchen as an impromptu drum kit, and by the age of five he knew that he wanted to become a musician professionally. He got his own drum kit, and after learning how to play to a high standard he quickly moved on to learn the guitar. His parents encouraged him in his ambitions and the music that they listened to influenced the young Lenny enormously. His father Sy was also a jazz promoter, and took Lenny to a number of shows, including the Jackson 5 at Madison Square Garden. A friend of Sy’s happened to be Jazz legend Duke Ellington, who even played Happy Birthday for Lenny one year.

The Kravitz family moved to Los Angeles in 1973 when mom Roxie won her role on ‘The Jeffersons’ and Lenny joined the California Boys Choir, eventually singing with the Metropolitan Opera at the Hollywood Bowl. He attended Beverly Hills High School in a class bursting with future stars, as it also contained actor Nicholas Cage, Guns and Roses guitarist Slash, and singer Maria McKee. He was enrolled in the schools highly respected music program in 1978 and taught himself to play piano and bass. Lenny appeared in several television commercials during the period but had his heart set on becoming a session musician.

Initially Lenny’s genre defying style met with a confused response from record labels, his sound was composed of so many different influences that he was frequently told that his music was ‘Not black enough’ or ‘not white enough’. He decided to record an album using his own resources and teamed up with recording engineer Henry Hirsch in 1985. The pair shared a love of ‘real’ instruments in the synth-laden music scene of the eighties and they worked closely together over the next eighteen months, recording Lenny’s debut album.

Lenny suffered personal heartbreak and happiness during the mid-eighties, his parents divorced in 1985 and he concentrated on his music to get through the difficult times. He met actress Lisa Bonet in the same year, she played Denise Huxtable on ‘The Cosby Show’, the highest-viewed TV show of the time and the pair became good friends, and eventually began a relationship. They married in November 1987, Lisa’s 20th birthday, after eloping to Las Vegas, and their daughter, Zoe was born the following month.

In 1989, after working non-stop with Henry Hirsch on his fledgling album for almost two years, and dealing with a strained relationship with his father as a result of his parents divorce,  Lenny released his first Album, ‘Let Love Rule’. His unique style was admired by fans of many genres, and the music industry press eventually labelled the album as Neo-psychedelic funk rock, although many pundits admitted that Lenny’s musical style was so original that it really defined a genre all of its own. His debut single, the titular ‘Let Love Rule’ reached number five on the US Modern Rock chart and Lenny was nominated for the MTV award for ‘Best New Artist’.

With his popularity growing, Lenny co-wrote and produced ‘Justify My Love’ for Madonna. It was a huge hit for the singer, although the video was banned from MTV due to its suggestive content. Lenny and Lisa Bonet separated the following year, possibly due to repeated insinuations in the press that Madonna and Lenny had an affair while working together. Lenny and Lisa divorced amicably in 1993 yet Lenny has always denied any claims of infidelity during their marriage.

Lenny’s second album ‘Mama Said’ was released in 1991 and reached 39 on the Billboard 200 chart, eventually selling over three million copies Worldwide. It reached number 8 in the UK album chart and increased Lenny’s popularity around the Globe. The single ‘It Ain’t Over ‘til It’s Over’ got to number two on the Billboard Hot 100. ‘Always on the Run’ featured former classmate, and now World Famous guitarist Slash.

Already established as a World-class act after just two albums, Lenny worked with musical heavyweights such as Mick Jagger, David Bowie, and Curtis Mayfield on collaborations after ‘Mama Said’ was released, until his third album ‘Are You Gonna Go My Way’ was released in March 1993. It was his biggest success to date, reaching the top 20 in the Billboard 200, and the top spot in the album charts of both the UK and Australia. The title single from the album was an enormous Worldwide success, and has since become considered Lenny’s greatest work by many fans, it won Lenny the MTV award for best male video.

Lenny’s mom was seriously ill by 1994, and Lenny’s fourth album, ‘Circus’ released in 1995 reflected that. The album sold 500,000 copies, mainly due to Lenny’s previous success, but the album is not considered one of his better pieces of work. He later admitted that he found working on ‘Circus’ to be ‘tedious’ due to his depression over Roxie’s illness. She died in December of that year, aged just 66.

1998 brought along a far more exciting offering, with ‘5’, Lenny’s fifth album. In it he experimented with new forms of digital music, utilizing sampling for the first time. His modern sound was perfectly in line with the era and the album was a huge success, spawning a number of hit singles, of which the most successful by far was ‘Fly Away’, helped to a huge extent by its use in Airline and car advertisements. The single reached number 1 in both America and the UK, and won Lenny his first Grammy award the following year for ‘Best Male Rock Performance’.

All of Lenny’s albums had been more successful than the last, but by far the best-selling album of his career was his greatest hits album, released in 2000. The album went on to sell in excess of eleven million copies Worldwide and was one of the most successful albums of the decade. That year Lenny won his second Grammy award for a cover version of ‘American Woman’ and he one another in 2001, for the single ‘Again’.

In 2001 Lenny released his seventh album, ‘Lenny’, and the lead single ‘Dig in’ earned him his fourth consecutive Grammy award for ‘Best Male Rock Performance’ the following year. The single ‘If I could fall in Love’ saw him earn a nomination for the award in 2003 but Bruce Stringsteen’s ‘The Rising’ prevented Lenny from making it five in a row.

Lenny began to diversify his interests after that, he founded a design firm in 2003 and revealed to the press that he had considered design as a career originally. That year he also spoke out against the war in Iraq, in a download-only song entitled ‘We want peace’.

Lenny had performed the odd cameo role in movies, most notable in Zoolander in 2001, but in 2009 he played his first acting role as the character ‘Nurse John’ in the made for TV drama film ‘Precious’, which was nominated for several awards. Although he had only played a fairly minor part he had enjoyed acting enormously, and followed that up with the role of ‘Cinna’ in the 2012 hit ‘The Hunger Games’.

Lenny Kravitz these days appears to have mellowed with age, although he still shows plenty of the passion that his music portrayed. He has been linked to several glamorous companions since his divorce, most famously French singer Vanessa Paradis during the nineties, but despite being engaged, to model Adriana Lima in 2002, he has never re-married and has stated in interviews that he intends to lead a life of celibacy until he does eventually re-marry, due to his strong religious beliefs. Lenny credits his spiritual growth throughout his life for much of the strength and determination to succeed that has propelled his career forward, he has a tattoo on his back that says ‘My Heart belongs To Jesus Christ’.

Even with his strong moral code, Lenny has not found himself entirely free of controversy, although he was clearly the victim of an unfortunate accident, or ‘Wardrobe malfunction’ as such incidents are known in the press, when his leather trousers ripped during a dance routine at a concert in Stockholm, Sweden in 2015. Going commando could have been a very bad decision for Lenny that day but fortunately the Swedish authorities quickly confirmed that there would be no legal action taken with regards to the incident.

Even with a wardrobe malfunction in his recent past, Superbowl organisers had no reservations about booking Lenny to perform at the half time show that year, alongside Katy Perry, but fortunately there was no repeat of the incident in the far bigger spotlight of the Superbowl.

Lenny has continued with his former ambitions to follow a career in design, he launched his own furniture collection in 2015 and the brand, produced in collaboration with design specialists CB2 has been as positively reviewed in the design World as much as any of his musical offerings ever were. Lenny is continuing to work in TV too, in September 2016 he is guest starring in the TV show ‘Better Things’ and has said working on the show is ‘a fantastic experience’. In 2016 he also reprised his cameo role in the poorly received ‘Zoolander 2’, but even Lenny Kravitz couldn’t help too much with that one.

Lenny and Lisa Bonet’s daughter Zoe has now arguably taken the mantle of most famous family member, these days she is an actress, model and singer and has had starring roles in ‘Mad Max : Fury Road’ and alongside Will and Jaden Smith in the 2013 Science fiction blockbuster, ‘After Earth’. She is frequently accompanied to glitzy showbiz events in Hollywood by parents Lisa and Lenny, who have remained close friends since their divorce.