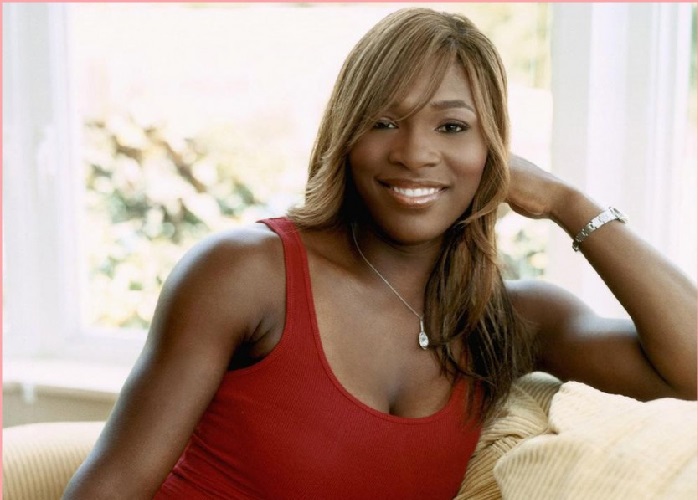 The Williams sisters have dominated Womens tennis for almost two decades, as a duo they have proved virtually unbeatable in top-flight competition, and individually they have both excelled themselves at the top of sport for many years. Their impressive physical strength has ushered a new-era of ‘power tennis’ into the ladies game and the competition has had to adapt in order to compete against them.

Venus Williams is the older of the two by just one year, and her success in recent years has been exceeded only by her younger sister, but with 49 career titles awarded to her, and prize money of over $30 million won during her career, Venus has amassed considerable wealth due to her talent and determination to stay at the top of her game, but exactly how rich is Venus Williams now in 2018?

How did Venus Williams make her money & Wealth

Venus Ebony Starr Wiliams was born on June 17th, 1980 to father Richard and mother Oracene, in Lynwood, California. A large part of her early life was spent with sister Serena, being coached on run-down inner-city tennis courts by their father Richard. When Serena was ten the Williams family moved to Florida so the sisters could attend the tennis academy of Rick Macci. It was there that Venus began to develop her style as a strong baseline player, able to attack on any type of surface, and the incredible talent of both sisters soon became very clear to see.

Richard Williams had been entering both girls into National tennis tournaments during their time at the academy, but became concerned that their education was being neglected. He eventually stopped entering them in tournaments and began coaching them at home again, but by then Serena was ranked number 1 in the under ten age-group, and Venus, who was unbeaten in 63 matches, was number 1 amongst the under twelves.

Venus turned professional on October 31st 1994, aged just 14. It was Halloween and just in time for her to compete in her first professional tournament, The Bank of the West Classic, held in Oakland, California. The newcomer really did live up to the Halloween theme, and delivered a huge scare to World number 2, Arantxa Vicario in the second round of the competition. She was a set up against the seeded player before her relative lack of experience began to show, and she eventually lost the match, but her potential for greatness in the future had been clearly established.

Venus reached another milestone the following year, beating Amy Frazier, who was ranked eighteenth in the World at the time. It was the first time Venus had defeated a top twenty player, but in 1996 she met World number 1 Steffi Graf in Los Angeles, and although she lost, Steffi Graf remarked on her incredible power and strength after the match, describing Venus’s trademark serves, frequently topping 110 MPH, as like being ‘hit by a brick’.

1997 was a busy year for Serena, still without a title to her name she took part in fifteen tournaments that year. She defeated the World number 9, Iva Majoli at the Kremlin Cup in Moscow and entered the top 100 ranked players in April of that year. After a disappointing first round defeat at Wimbledon she stormed through the preliminary rounds of her first US open. Venus beat Irina Spirlea in the semi-final, a match best remembered for the ‘Bump Incident’, in which Venus was intentionally nudged by her opponent during a commercial break. The incident was replayed on TV after the break and the commentator suggested that Spirlea had been attempting to injure Venus’s knee, and he appeared to be correct to many viewers. Richard Williams claimed the incident was racially motivated, but Venus, by far the more physically imposing of the two women, simply shrugged it off, and defeated Spirlea easily. Her debut at a grand slam final took place against Martina Hingis, who denied Venus her first title, but Williams, who was the first women to reach the final of the US open on her first attempt, since Pam Shriver had achieved the feat in 1978, continued to climb in the rankings, ending the year just outside the top twenty.

Venus met a familiar opponent at the Australian open in 1998, when she played Serena for the first time professionally. She won on that occasion, the first of many matches between the two, but Lindsay Davenport eventually knocked her out in the semi-finals. Three weeks later, she met Lindsay again, in the semi-finals of the IGA Tennis Classic, held in Oklahoma City. This time she persevered, and won a classic, tightly fought match, the first time she had beaten Davenport, who was ranked number two in the World at the time. The final against Joannette Kruger almost seemed assured before it had begun, Venus continued her incredible form to take her first singles title.

With her trophy cabinet no longer empty, Venus was motivated to even greater successes that year, winning the Lipton International at Key Biscayne, Florida, after beating World Number one Martina Hingis decisively in the semi-final. By March she became ranked as the tenth best female player in the World, and by the end of the year, after winning her third title at the Munich Gland Slam, she was ranked as World number five.

Serena’s rise to the top of the rankings was only a matter of time. She became World number one for the first time in February 2002, the first black American woman to achieve the distinction during the Open Era, which began in 1968, and she has been back to the top spot twice more in her career, spending eleven weeks at the position in total.

Venus’s career has been blighted at times by health issues, most notably a recurring back injury, and in 2011, a diagnosis of Sjogren’s syndrome, a disease that affects the autoimmune system. The illness caused her to drop out of the 2011 US Open but after switching to a low-calorie and entirely vegan diet after the diagnosis she managed to overcome the debilitating effects of the disease, however she recently commented that she defines herself as a ‘Cheegan’, and revealed that it means that even though she is a vegan, she also cheats on the strict dietary regime occasionally. Venus has shown a remarkable return to form since changing her diet, and is today ranked number six in the World, at the age of 36

Her tennis career has won her just over $34 million in tournament winnings during her career, but Venus has many entrepreneurial interests that have boosted her personal fortune to approximately $75 million today in 2016. Venus enrolled in Fashion school in 1999 due to her love of design, and founded design company ‘V Starr Interiors’ in 2005. The trend for fashion and design continued in 2007 when Venus launched her own fashion brand ‘EleVen’, specializing in trendy clothes and footwear suitable for women with an active lifestyle.

The business activities of Venus don’t end with fashion either, in 2009 she became a part-owner of the Miami Dolphins along with sister Serena, another first for African-American females, and in 2010 she published a book, ‘Come to Win; on How Sports Can Help You Top Your Profession’, and although the title seems a little cumbersome the book itself was hugely successful for a first effort into the World of print, eventually gaining a top five place on the New York Times Best-seller Chart.

Venus’s greatest earnings have been accrued through her sponsorship deals. She signed a promotional deal with Reebok aged just 14 and later endorsed Wilson rackets for the majority of her career. She signed a deal with Nike in 2003 that was worth a minimum of $40 million and potentially twice that amount based on her performance, she has also endorsed Gatorade and nail polish during her career.

Venus is known to keep her private life out of the press as much as possible. Her last known boyfriend was a Cuban model named Elio Pis. The couple met when Elio modelled for her fashion line in 2012 and although their names were romantically linked and they were seen together as recently as mid 2015, they appear to be keeping their relationship private at the moment, if it is still continuing. Not quite the coup to her net worth that her sisters marriage to reddit co-founder Alexis Ohanian likely added to her total!

What was Venus’s Salary & Annual Earnings in 2016?

Venus’s income comes mainly from her celebrity endorsements, businesses, investments and of course her prize winnings add a little to the total. In 2016 she made an estimated $15 million, with $11 million of that sum being earned through endorsements.

Where does Venus Live? 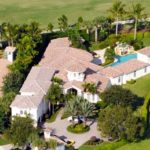 Venus shares a mansion in Ballen Isles, Palm Beach Florida with sister Serena. The siblings bought the property in 1998 for just over half a million dollars and it has ballooned in value since then, being valued at $4.5 million last year. The 10,700 square foot home has an array of fitness facilities that would be the envy of any gym, and comes complete with the obligatory tennis courts normally accompanying such properties, although these courts probably see a far greater amount of activity than similar facilities in other millionaires pads. The seven bedroom home is set in an acre of land and also contains a 50 foot swimming pool.

In 2005 Venus met with officials from Wimbledon and the French Open, both tournaments that lagged behind other major events by having a disparity between mens and womens earnings. Her comments were said to have left ‘A very meaningful impression’ by the WTA tour president but her request to equalize the tournament winnings between the sexes was ultimately denied. In 2006, on the day before the Wimbledon tournament was due to begin, the British Times, a highly respected national newspaper, published an article by Venus where she argued that Wimbledon was denigrating the name of international tennis, and fostering an institutionalized sexism. Her well argued points were picked up by the Prime Minister, Tony Blair, and following that the issue was discussed in the British Parliament. Facing an increasingly angry backlash, Wimbledon eventually agreed, somewhat grudgingly, to equalize the prize fund between men and women in February 2007. Venus was lauded in both Britain and back home for her determined and successful campaign, and it only seemed entirely right when she was the first to benefit from the new ruling, when she won Wimbledon that year and received the same winnings as the winner of the mens singles, Roger Federer.

In June 2011 Time Magazine named Venus as one of the Legends of ‘Womens Tennis: Past, Present and Future’ and in 2009 she was placed at 77th in Forbes magazines list of the top ‘100 most powerful celebrities’. At the US Open this year, Venus surpassed Amy Frazier’s record of most Grand Slam appearances, when she appeared in her 72nd Grand Slam event.