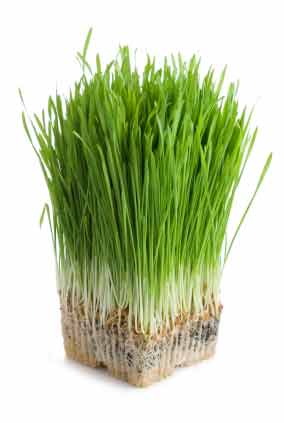 Body odor is probably one of the most embarrassing things a person has to go through. Going past a huge crowd while your underarms are permeating an offensive smell is no laughing matter, and it greatly ruins a person’s self-esteem.

Some people are fortunate enough to not have body odor, while others have to utilize deodorants to mask the awful scent. Excessive sweat contributes to the persistence of body odor, hence making physical activities quite unpleasant for people who have it.

Deodorants are effective, and have been used for quite a long time in combatting this threat. However, most of them are packed with chemicals that may prove to be hazardous to the skin. Good thing nature has provided us the means to handle body odor without having to apply stuff with undecipherable names on their ingredients list. Aside from that, there are also certain lifestyle changes and foods to eat and avoid for better body odor and sweat control.

One of the most effective deodorants can be found in the shelves of your kitchen. Baking soda fights off odor in a number of ways:

a. It keeps the skin dry by absorbing all moisture.

b. Destroys bacteria that infest the skin, preventing body odor and excessive sweating, and shielding it from future incursions.

c. Lowers the levels of pH on certain areas of the body to hamper the acids found in sweat.

Baking soda is quite easy to prepare and use as a deodorant. It can also be combined with other ingredients to double its efficacy. Here are a few ways on how to use it:

a. Simply apply the baking soda on your underarms, and wait for a few minutes to give the skin time to absorb it. Get rid of the excess powder before putting on your clothes.

b. Mix baking soda and water in a bowl until it becomes pasty. Dampen your underarms first before applying the paste with a gentle rubbing motion. Wait for up to ten minutes before removing the paste. Do this prior to taking a shower.

c. Mix a tablespoon of baking soda and fresh lemon juice on a bowl. Apply on affected areas with your fingers or a cotton ball, wait for up to 15 minutes, then take a shower to rinse off. Lemon’s citric acid content eliminates bacteria and also deodorizes.

d. Combine a half cup of baking soda and cornstarch in a shaker, followed by ten drops of your favorite essential oil. Apply the mixture after taking a bath or shower, on a daily basis, and rinse it off after a few minutes. Cornstarch is a potent absorbent, hence doubling baking soda’s absorbing capabilities.

e. On a spray bottle, combine two teaspoons of baking soda, four teaspoons of alum powder, and a little bit of rubbing alcohol. Use it daily as you would with your deodorant. Alum does not have a scent, and rubbing alcohol will ensure protection against bacteria.

f. Dissolve a cup of baking soda in a tub of warm water, then take a bath on it. This method ensures that the effects of baking soda are absorbed by the entire body.

Bacteria that produce body odor are dependent on high pH levels on the skin. Freshly-squeezed lemon juice eliminates bacteria on the skin that causes body odor through its acidic nature that makes the body a hostile environment for bacteria by lowering the pH level of skin. Simply cut a lemon in half and rub it on the underarms. Let it dry first before taking a bath or shower. Do this on a daily basis until the odor is completely gone. For people with sensitive skin, do not directly apply lemon. Instead dilute it first by squeezing the juice in at least a half cup of water before applying with the use of a cotton ball. After ten minutes, rinse it off. Stick to squeezing the juice out of the fruit yourself, and do not use bottled lemon juice as it has been processed and may be added with chemicals.

This herb contains chlorophyll and menthol, two compounds that are known to possess deodorant properties and leave a fragrant scent. The zinc content in rosemary also contributes to the body’s required amount of the mineral, as a deficiency is linked to a spike in body odor. Dried leaves of rosemary can be steeped for up to ten minutes in hot water, then poured into a tub of warm water where you will take a bath. Pat your skin dry afterwards. If you prefer a faster way of utilizing the herb, combine an ounce of warm water with ten drops of rosemary oil then directly apply it to your underarms. Many health stores sell rosemary leaves and oil, so they are not that hard to come by.

Another herb with properties that help fight body odor and excessive sweating. First is that sage diminishes the activity of sweat glands, minimizing perspiration rate. Second, the herb is a known antibacterial, protecting your body from harmful bacteria that encourage body odor. Last but not the least, sage contains camphor, a compound with a pleasant aroma. There are two ways on how to use sage:

a. Directly apply sage oil to your underarm with a cotton ball or just your fingers. You can also apply it to your pulse points to spread the scent.
b. Steep dried sage leaves into tea and wash your body with it. Avoid the facial and genital areas, and always rinse your hands off once done. The tea can also be consumed so sage can work on your sweat glands. However, do not drink it regularly. Only consume it in small amounts and not on a daily basis as it leads to side effects like dizziness and seizures. Pregnant and nursing women are forbidden in drinking sage tea. 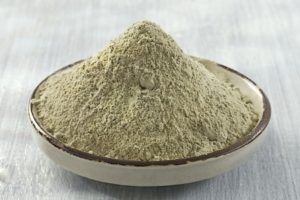 For people who used deodorant for quite a long time, their underarm has absorbed different kinds of chemicals that are harmful to their skin and pose a risk for serious medical conditions in the long run. These pent-up toxins also contribute to the worsening of body odor. Fortunately there is a way to get rid of those dangerous substances on your underarm by doing a detoxification. The word is often associated with the removal of free radicals and toxins internally by eating a specific diet, but for the case of body odor, detoxification is done externally on the skin. The process is fairly simple, with the required ingredients being a teaspoon of bentonite clay and apple cider vinegar, and some water. Mix them all in a bowl that’s not made of metal, and stir with a non-metallic spoon. When its consistency becomes creamy, spread it on your underarms and let it sit for up to 20 minutes. Make sure that the cream is evenly distributed. Do not panic when you see redness on your skin as this is entirely normal because of increased blood flow. After the specified time, wash it off with a damp washcloth or by taking a shower. Repeat the process on a daily basis until the odor is gone. 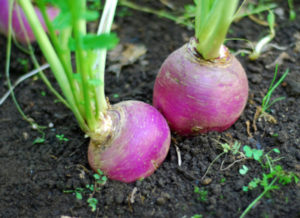 Mentioned in the ancient Indian healing system Ayurveda, turnips are rich in vitamin C and is good for the body when consumed. Topically, turnip juice can be applied to the skin as it effectively destroys odor-causing bacteria. The juice is prepared by crushing turnip slices until it becomes paste, then the juice is extracted by pressing the paste on a sieve. Apply the extract to the underarms and let the skin completely absorb it. Enjoy being odor-free for up to ten hours. Same with the case of lemon juice, only use fresh turnips and do not rely on bottled turnip juice or others that claim to be “natural” as they may already have chemicals included in their mix.

Another alternative that works on the skin’s pH levels, and can be easily found in the kitchen or any convenience store. It can be applied as is with a cotton ball or spray bottle, or diluted in water and applied while taking a shower. Apple cider vinegar does exactly the same, but with a little bit of difference:

a. Use a cotton ball to apply apple cider vinegar directly on the skin. It can also be added on a tub of water for increased efficacy, along with curing of sunburns and controlling of sweat after an intense workout session.
b. Apple cider vinegar works its magic internally as well. Two teaspoons added into water and taken three times a day before eating. This helps regulate the body’s production of sweat. 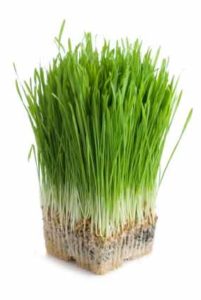 Incredibly healthy, wheatgrass is renowned by many medical experts to be chock full of vitamins and minerals that beats the amount found in other sources. It cleanses the body by eliminating toxins, promotes additional protection against disease by boosting the immune system, and even prevent the symptoms associated with cellular breakdown. Among its vast content is chlorophyll, giving wheatgrass the ability to kill bacteria that trigger body odor. Wheatgrass is commonly served as juice, while supplements are also available as an alternative. 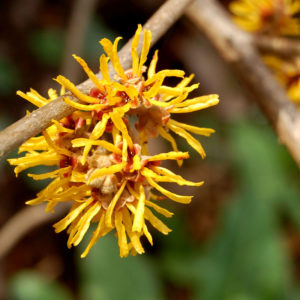 Similar to lemon, witch hazel targets the skin’s pH levels and drops it to levels that are unsafe for bacteria to thrive in. It is also safe for all skin types, so this may be a better alternative than lemon for those who have sensitive skin. Witch hazel oil can be applied directly with the use of a cotton ball or via spray bottle for portability.

10. Lifestyle Changes: Aside from replacing your chemical-packed deodorant with natural and safe choices, there are other things you can do to better fight off body odor:

a. Stay hydrated. Keep drinking lots of water so your body continuously flushes out toxins that contribute to many problems, including body odor. Plus this keeps you healthy and fit.

b. Eat a healthy diet and avoid processed and spicy food, and fried food that was cooked with rancid oil. Add a little more fiber to your meals and minimize your intake of fried meat.

c. Stop smoking as it promotes body odor by coming out of the lungs and seeping through your skin. It also causes a lot of other problems, including the risk of lung cancer.

d. Try to take a bath or shower on a daily basis, never skip as much as possible, and stick to soaps that are naturally made.

f. Manage stress by meditating, taking walks, praying, or any activity that relaxes you. Anger and other negative moods tend to spike your body’s sweat production.

g. Wear natural fabric such as cotton, wool, and linen to make you feel cooler and let your body breathe better than wearing other kinds of fabrics. This is to avoid the buildup of sweat and odor.