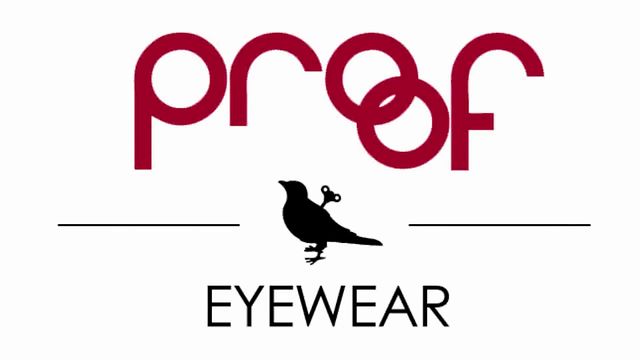 Stepping into the Shark Tank are a trio of guys, all representing Proof Eyewear. Brookes, Tanner, and Taylor are the three Dame brothers from Boise, Idaho, and they are seeking an investment of $150,000 in exchange for a 10% equity in their company. At Proof, they create the most amazing, one-of-a-kind from some of the most sustainable woods available. As Proof has grown, they have added other eco-friendly frames from materials such as recycled plastics and old skateboard decks.

Brookes started Proof in his garage a little over a year ago, and as Proof began to get more and more popular, more famous people started to wear them and they were featured on numerous magazine covers all over the world. So, Brookes needed some help along the way and brought his two brothers to help him out. This was a no-brainer because he could trust them and knew their work ethic, and they work for cheap. Brookes also used them wedgies when they were little. Actually, the Dame family has been in the woods for a long time, and they joke that they have sawdust in their blood.

The three brothers behind Proof have brought sunglasses customized for each Shark and will help deck them out. Each pair of Proof sunglasses is printed with the Shark’s name in it. Brookes points out to Kevin that they do have openable hinges so they even fit big heads. Each of the Sharks look to each other to observe the glasses, and Tanner says that all of them are stylish. Brookes then asks each Shark to look at the grain of the glasses – no two trees are exactly alike, so no two pair of Proof Sunglasses are exactly alike. This makes each pair a one-of-a-kind, handmade original.

Over six decades ago, the Dame grandfather took his singular saw from a one-man show into a full lumbering company. This just shows that with enough hard work and dedication and creativity, the Dame brothers are ready to take Proof from an Idaho company to an industry-wide statement. Entrepreneurs like the Dame brothers do not grow on trees, even though the majority of their products do. Speaking of things that grow on trees, they need the Sharks’ money to help their dreams come true. 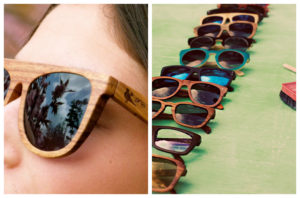 And speaking of money, Daymond is the first to ask about the sales of Proof. They have sold $434,000 worth of Proof glasses, and the Sharks are all blown away. Robert points out that they should be proud of their huge sales, but Brookes says that they are humble and came from humble beginnings since they are from Idaho. Robert asks how they earned that much money, and Tanner explains that they went to trade shows. The product really sells itself due to the uniqueness of it. Kevin then asks how much each pair of Proof costs to manufacturing, which includes the frames, the lenses, and the case. The cost, with the packaging and lenses, costs around $14 to make. The sunglasses are sold $50 wholesale, and $100 retail.

Lori asks the three brothers what celebrities and magazines endorsed them, and Tanner explains that they have been on Snoop Dogg and Beyonce. They have been on other numerous celebrities as well, but these are the two biggest names. In fact, they have a $0 budget for marketing and actually do not send out pairs of sunglasses – the celebrities all purchased them. Daymond then points out that wood is extremely hot – they are doing wooden chains and watches, so the Dame brothers are the wood guys. Kevin asks what they are trying to do with the product, and Tanner explains that they are attempting to build a brand around the product.

Robert asks for the story behind the logo of Proof. When Proof was started, they wanted to give back from what they did, so they are actually working on building an eye clinic in India. They donate to this eye clinic in India, and the idea behind the bird logo is that somebody eventually flies, you just need a little help to catch a gust. Lori and Robert both like that.

Robert then asks what the sales will be for this upcoming fiscal year, and the three brothers believe they will do $850,000 to $900,000 they sold. In fact, on the roughly-$400,000 figure, almost half of that was profit. A lot of money is being put back into the company – none of the brothers are taking a salary, and Brookes jokes that his two brothers would be better off working at McDonald’s.

Lori asks if Proof is their only job, and Brookes explains that he works full-time in the wood business. Lori then says that she has sold millions of dollars of sunglasses and she is partners with a large company that makes sunglasses, so it would be a conflict of interest for Lori to take the offer. Lori is the first Shark out, purely due to a technicality.

Robert asks what the three brothers are looking for next to get their big jump up to scaling operations, and Brookes explains that they are looking for money for inventory. They actually have a small problem, which is more of an opportunity, where one of their biggest retailers has said that they want to expand with Proof. Kevin asks for details about the order, and all three Dame brothers say it is with Pac Sun. They initially started in 5 stores and within 2 weeks, they wanted to grow to 10. They just recently opened 50 stores for the holiday season, which is an order of $200,000. 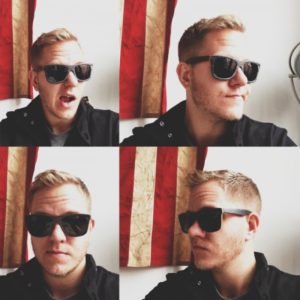 Mark then says when they are turning sales at a relatively slow rate, they can slow down the customers, which they have been able to do. But when other people begin to want to sell those glasses and knock on the door, they are saying that they need that order otherwise they will replace Proof with another company. Tanner’s best answer would be structuring a deal with one of the Sharks or licensing through Lori’s partnership. Mark points out that they are essentially saying, “Come on, guys” and begging for money. Mark is out of the deal next.

Robert then asks if they were to go to a large retailer like Costco, would that be the death of the brand? Brookes explains that they want to retain the integrity of the brand so they would not like to go to lower details. Daymond then points out that, in a downed economy, Proof is receiving interest from Pac Sun to sell their products. This makes them cool. Daymond has had a lot of cool companies, but the problem is that all the cool brands are broke. Most people never want to be at Wal-Mart, but Daymond is dying to be at Wal-Mart. Daymond does not share the same vision, and is the third Shark out of the deal.
Kevin then offers the $150,000 in exchange for 25%, but he wants $2.50 per unit until he recovers his $150,000 where it then drops down to $1 per unit. This gets Kevin his capital back, he is a quarter-partner, and he funds their business. Robert says that Kevin’s offer will fund one order, so what is the plan for tomorrow? They need to be careful taking anything off the top of their gross profit. Robert then extends an offer of $150,000 in exchange for 25% equity, rivalling Kevin’s offer.

Tanner then asks how Kevin’s offer is better than Robert’s, and Kevin can only answer that his deal is better because he is better. Robert says that he invested some money into Wall Street, hit it big, then grew a billion dollar business in record time. Robert explains that an investor is worried about growing the company, so to put an investment in this early of the company’s life and struggle to make your pennies back is ridiculous. Robert is saying he is more committed to the growth and health of the business than Kevin. Kevin says that the three men should be taking some pay home at the end of every month since they are working on it.

The three Dame brothers ask to step out and make a phone call after receiving two offers from Kevin and Robert. As they step out, Mark explains that this is a “ride the wave” type business. In the hall, Brookes calls his father and explains the situation. His father explains that a fourth partner is good since there is more working capital and expertise, but the downside is less equity for the four brothers.

The three step back in after discussing amongst themselves, and fire back asking for more of an investment. They are evaluating the company at $600,000 when they have $434,000 in sales today, so Brookes feels the company is worth far more than that.

After more haggling, the Dame brothers do not find any offers in the Shark Tank. They simply value their company too much and have too many people depending on them to give up 25% of the company. However, Daymond feels that they saved Robert from years of problems with “the cool guy syndrome,” or being relegated to selling your product in the lower segment of retailers. 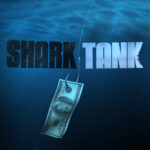 Proof Eyewear Now in 2018- The After Shark Tank Update

Thanks to the glorious golden age of Hipsters, Proof is still doing incredibly well for itself, and the three Dame brothers were wise to not take an investment from the Sharks. Now, their company is doing incredibly well for itself, and I even received a notification that I would get a “Back to School” package if I purchased over $90 of products from Proof, which is the price of one nice pair of sunglasses or two pairs of sunglasses.

Proof is going strongly and incentivizes their purchases with additional add ons such as a wooden wallet or a leather hard case with the purchase of sunglasses, and they have redefined their philanthropic vision to also include “The Uganda Project,” which promises to donate a pair of eyeglasses to a child in need in Uganda. All in all, a great company doing quite strongly, and doing good things for the people of this earth. The sunglasses prices range from as low as $65 up to $110 online, or a variety of scattered stores across the United States can be found carrying Proof Eyewear products.