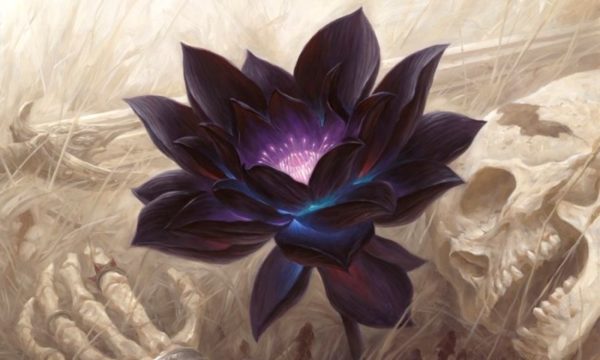 One of the most popular fantasy card games in history, Magic: The Gathering has situated itself firmly beside Dungeons and Dragons as one of the cornerstones of nerd culture. Millions of players worldwide find themselves searching for the best cards to make the best decks, or on the lookout for the rarest cards for the most revered collections. As a result, individual card prices can range from nothing more than a few pennies to tens of thousands of dollars. Here, we will take a look at the most valuable Magic: The Gathering cards of 2016. Current prices are estimated from previous bids as well as average sales figures for near mint condition cards from the last twelve months. 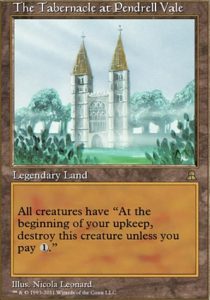 Starting off our list of ten most expensive Magic: The Gathering cards is Tabernacle at Pendrell Vale, also known as one of the sole survivors of the Legends series. While most Legends cards were wholly panned and can be picked up for a dime a dozen, this card was not only incredibly rare, but also very useful. This card is often seen as a great roadblock and is considered the best one for a lag or lock out deck, where aggressive opponents have no choice than to stall their own attacks and have a limited offensive field. 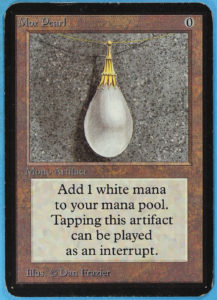 The first of both the notorious Power Nine and the Mox cards to appear on this list, Mox Pearl is more a collector’s item than a useful card. Originally considered a primary interrupt card (which is now relegated to the quick action spell title), this card gives the player one white mana for its use, and thus isn’t quite worth its price in a deck. However, putting this in a case with the remaining four Mox cards could easily put a dent in those college loans. 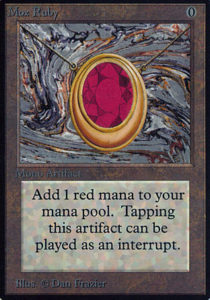 The second Mox card, Ruby is similar in every way to pearl, besides being slightly harder to come by. Allowing for one red mana to be given per play of this card, this card illustrated by Dan Fraizer is banned in nearly every form of official Magic play. 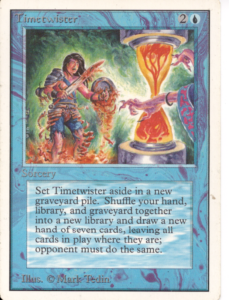 One of the most complex of the Power Nine cards, Timetwister is also among the most valuable and dynamically useful. Timetwister benefits mostly those players who find themselves at significant advantage on the field but not so much in the hand. Allowing for both players to shuffle their library, hand and graveyards together and drawing a new hand, this highly valuable card can give those players who know how to use it a nearly unbeatable advantage. 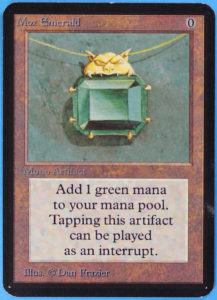 The green mana variant of the Mox set this card is just as the others of its family have been, and much like the gem it is named after, fetches a remarkably high price.

The fourth of five of the Mox set to grace the Power Nine cards of 1993 and 1994, Jet is a for use in decks that use primarily black mana. 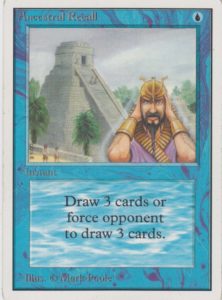 One of the simpler cards in Magic: The Gathering, Ancestral Recall also has a deceptively simple design for its price. With the ability to give the player or their opponent to draw three cards, this can either give players one last ditch attempt to make a saving play, or cause their opponent to deck out and thus lose the match. With even heavily played Alpha variants of this card fetching about $2,000, it’s clear that the collection value of this card remains steady, even if it is a little worn for wear. 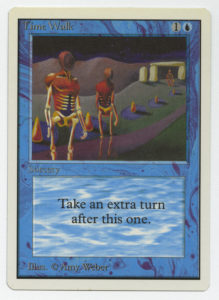 One of the fastest cards to ever be banned in Magic: The Gathering tournaments, Time Walk is incredibly simple as well as broken. Simply put, play this card and you can manage two turns before your opponent can act again instead of just one. The somewhat abstract design of the card done by Amy Weber is nearly as eye catching as the effect, and is quite literally worth more than its weight in gold. 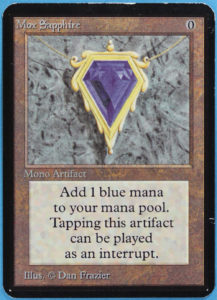 The crown jewel of the Mox set, Sapphire is worth more than any other two cards combined in its Alpha format. Among the rarest of the Alpha sets produced, this 12-year-old card can pay for nearly every elite deck that’s ever won a tournament in Magic: The Gathering, as well as much more practical things such as at least a semester of University studies. 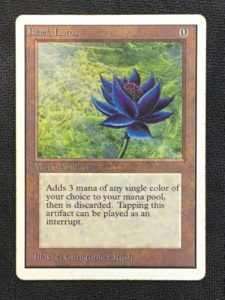 Topping off our list of most expensive Magic: The Gathering cards is the famous Black Lotus. Essentially a card that could substitute any Mox card three times over, even Beta formats of this card can be priced comparatively to your average 2016 sedan. In 2013, a near mint Black Lotus Alpha card was sold at auction for an astounding $27,000, making it the single most expensive card in the history of the game, and the subject of a parody card. Ironically the parody card, Blacker Lotus is considerably better in game, and is less than .03% the cost of the original.