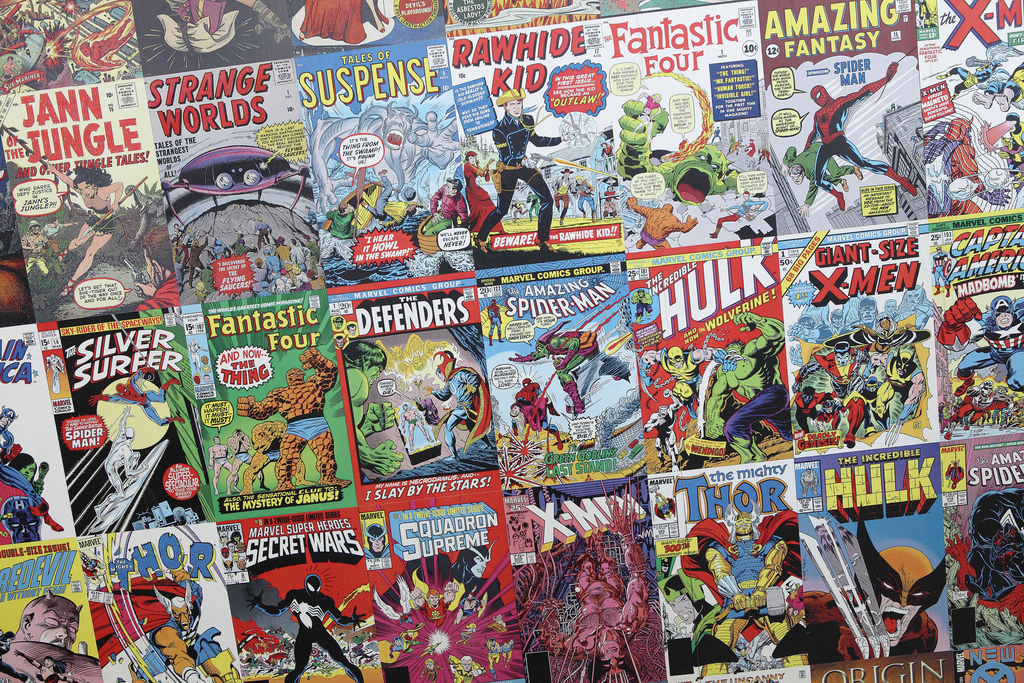 We live in a world where comic books are sold for $6 a piece, and comic book movies makes hundreds upon millions of dollars at the box office. This enormous industry saw a humble beginning, however. Comic books were still making money, but they were not quite as popular. As a result, some of those earlier books, often depicting the beginnings of now-beloved superheroes and villains, are treasured and sought after by more recent comic book fans. And just like any other form of collectible, people are willing to pay a high price for these pieces of pop culture history. What are the most expensive and valuable comic books? In this article, I’ll talk about the top ten most valuable comic books that have ever sold, and why they are quite so valuable. Without further delay, let’s take a closer look. 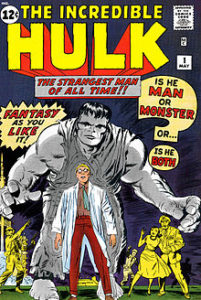 This comic book features the Incredible Hulk’s first appearance in a Marvel comic book. This 1962 issue by Stan Lee and Jack Kirby has sold for well over $300,000 in recent years on multiple occasions. The $326,000 issue sold at a grade of 9.2. (For those who are unfamiliar, comic books are often assigned number grades that rate the level of quality of the issue. A grade of 9.2 is near-perfect.) As you’ll see later on in this list, it is uncommon for a popular hero to debut with their very own series, and this solo series was actually initially cancelled after issue #6. This lack of popularity didn’t last for very long, however. The Hulk was implemented in other series, where he had the ability to further develop as a character, as a part of a team. The Incredible Hulk has seen increased popularity in recent years, and the giant green hero has had two solo films in both 2003 and 2008. Neither were very well-received, but the 2008 film was commercially successful. 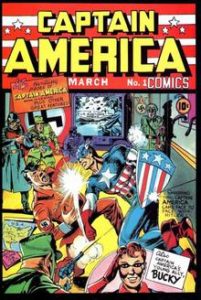 This first issue of Captain America Comics features the first appearance of Captain America, as well as his beloved sidekick, Bucky. This first issue was penned by Joe Simon and Jack Kirby in 1941, and it was enormously controversial. Although it was certainly patriotic in nature, people were shocked by the comic’s content. It was a bold move to depict a new superhero as punching a world leader in the face, especially when the United States hadn’t even entered the war yet. The two Jewish artists received a lot of hate for this divisive issue, but Captain America would become one of the most beloved superheroes in the entire world. This particular sold in 2011 for $343,000 at a 9.2 grade, and following the release of films like Captain America: The Winter Soldier and Captain America: Civil War, it would almost definitely sell for more in this condition today. 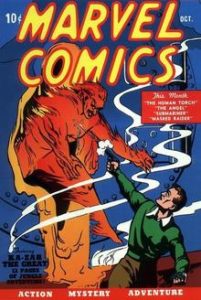 Although Marvel Comics #1 doesn’t introduce any blockbuster hero (unless you’re counting the Human Torch, who is sort of popular) it is one of the most historically significant comics in the Marvel universe. Why? Well, it is technically the first issue that the comic book giant has ever put out, printed in 1939. The largely collaborative issue features the work of multiple Marvel artists, and they come together into something resembling a series of short stories. The comic isn’t as flashy or critically acclaimed as some of the other comics on this list, but it is arguably the most significant issue that Marvel has to offer. A 9.0 graded issue will typically sell for around $350,000. However, an issue at even just 9.2 would sell for much more, and the only reason that this issue is so low on the list is because an issue of higher quality has yet to be found. (It has been said that adding just .2 to a grade of any sought after comic book would double the value.) 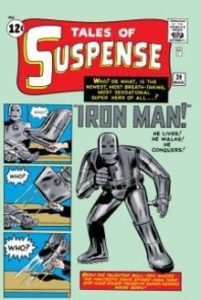 Remember when I talked about how it was usually uncommon for a superhero to get a solo series for their first appearance? A 9.6 graded issue sold for $375,000 in 2012.  This is the perfect example. Tales of Suspense #39 features the first appearance of Iron Man. A few decades ago, this hero was never quite as popular as heroes like Batman or Spider-Man. However, with Robert Downey Jr.’s popular portrayal of the hero in recent years has caused Iron Man to rocket in terms of popularity. Stark’s initial unpopularity was almost designed, though. In designing Tony Stark, Stan Lee looked to create a “super capitalist”, a hero who no one would particularly like during the 1960’s, in the thick of the Cold War. As it turned out, Iron Man ended up becoming one of the most well-loved characters that Marvel has to offer, partially because of his complicated character motivations. 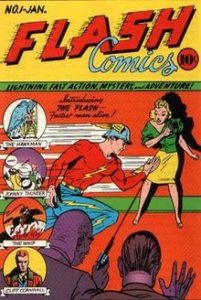 At this point, you may be thinking, “Gee whiz, is this a list ranking the most valuable Marvel comics, or what?” Fret not, my friend. With this issue, we are brought to the first DC comic on this list. Flash Comics #1 depicts the first appearance of several popular DC characters, such as The Flash and Hawkman. The issue was first released in January of 1940, and it features the work of Gardner Fox and Harry Lampert. As the DC Cinematic Universe begins to heat up with more blockbuster releases, and as television programs like The Flash and Arrow continue to drum up popularity for the slightly less popular comic book distributor, historically significant DC comics like this one will see an increase in value. This issue sold for $450,000 at a 9.6 grade in 2010, with what was one of the largest comic book sales at the time. (As you can guess, it no longer holds that honor.) 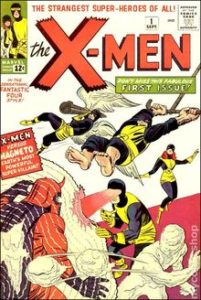 This particular listing has the highest graded sale out of every other comic book in this article. X-Men #1 sold for a little over $492,000 in 2012, and this massive figure is largely due to the fact that the issue in question was graded in at a whopping 9.8. This classic 1963 Jack Kirby/Stan Lee issue is a piece of comic book history, as it ushers in one of the most popular superhero teams that Marvel has ever known. This issue introduces an array of different now-beloved mutants, like Cyclops, Marvel Girl, Ice Man, Angel, Beast, Professor X, and of course Magneto. This series was released with the intention of bringing people together, by poignantly depicting the oppression and triumphs of individuals who were discriminated against for being different. (A very relevant theme during the Civil Rights Era.) Today, the “X-Men Universe” has spawned a massively successful film franchise, and dozens upon dozens of different spin-off series. 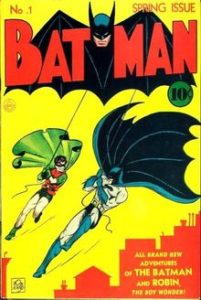 With this next issue, we finally break $500,000 in our list of the top ten most expensive comic books of all time. Make no mistake — Batman #1 doesn’t actually depict the first appearance of Batman. That issue came a little earlier. Batman #1 is the first issue in the caped vigilante’s solo series, however, and it was the first issue to introduce some characters who would become iconic to the series, like the Joker and Catwoman. This 1940 comic, written and drawn by the likes of Bill Finger, Bob Kane, and Jerry Robinson, sold with a 9.2 grade for $567,000 in an auction in 2013. Although it doesn’t depict the true beginnings of one of the most popular superheroes of all time, it is still the first issue that Bruce Wayne has had all to himself. As such, it is highly, highly valued by collectors and fans alike. If you’re looking for his first-ever appearance, you’ll have to pay a much, much higher price… 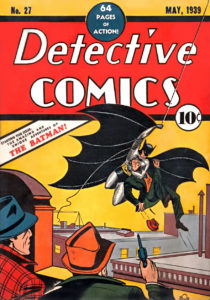 As it turns out, the third most valuable comic book in this article is also one of the lowest graded ones. Detective Comics #27 depicts the aforementioned first appearance of “the world’s greatest detective”, Batman himself. (Although many think of Batman as an anti-hero today, the world completely fell in love with the vigilante. Within a year, he had a series all to himself, which began with the comic that fell to #4 on this list.) This issue’s $1,075,000 sale came in 2010, when an 8.0 graded copy sold for what would then be the largest comic book deal of all time. To many comic book enthusiasts, it is a massive disappointment that this 1939 issue has yet to arise in a greater condition during the modern era. Many believe that a theoretically higher graded issue could end up becoming the most expensive comic book of all time, especially following the resurgence that the hero has seen with recent film trilogies and revivals. 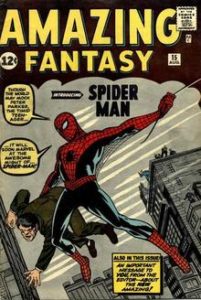 Back when DC comics had massively popular superheroes like Batman and Superman, Marvel had their spider. Spider-Man saw his first appearance in 1962 in Amazing Fantasy #15, penned by Jack Kirby and Steve Ditko. The hero’s creation was actually rather genius on Stan Lee’s part. Spider-Man related to his readers enormously. He was an anxious high schooler and freelance photographer, like many other teenagers during that time period. His abilities were novel and interesting. As it turns out, it worked out marvelously for Marvel, and Spider-Man reigned as the most popular Marvel superhero for several decades. This introductory issue sold for $1,100,000 in 2011, which honestly came as a surprise for a lot of people. (Spider-Man belongs to the “Silver Age” of Marvel comics, and the record sale of a Silver Age comic at the time was around $300,000.) 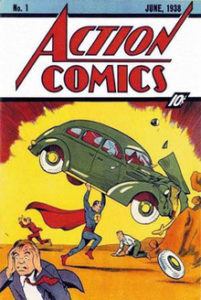 So, thus far, we’ve seen the sale of origin comics belonging to both Batman and Spider-Man. There is a very obvious missing hero in this list of expensive comic books. Action Comics #1 depicts the first appearance of Superman and his eternal love Lois Lane. The 1938 comic book issue is thought to be the most prized comic book issue of all time, and this particular comic has sold for over $1 million at varying grades on multiple occasions. This $3,207,000 sale came from a 9.0 graded book, and this followed a $2,161,000 sale of a 9.0 graded book just three years prior. As different superheroes rise and fall in terms of popularity and readership, Superman will always be the most famous and iconic comic book hero of all time. With a 1938 debut, he is also one of the oldest. (Keep in mind that Marvel didn’t enter the scene until 1939.) If you’re looking to own this piece of comic book history, you’ll have to have a really, really heavy wallet.