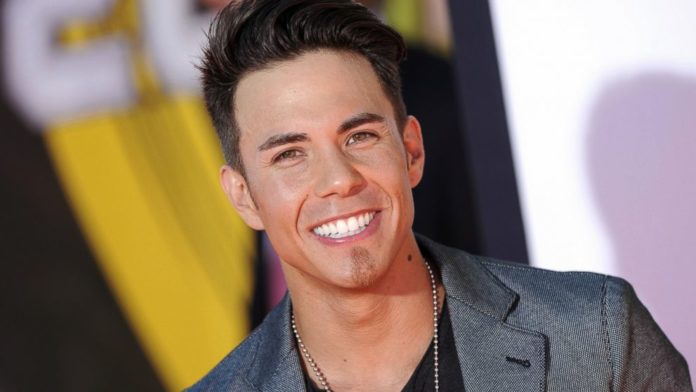 Apolo Ohno is widely known as the face of short track speed skating, and next to Shaun White, he’s arguably one of the biggest names among other American winter Olympians. He was an incredibly popular athlete and public figure between 2002 and 2010, but since his informal retirement following the 2010 Winter Olympics, he has sort of fallen off of the map, so to speak. Surely he hasn’t ended his entire career already, right? In this article, I’ll talk about Apolo Ohno’s rise to prominence in Olympic history, and I’ll also provide a brief update as to what he has been up to in 2016. Let’s take a closer look into the life of this speed skating legend. 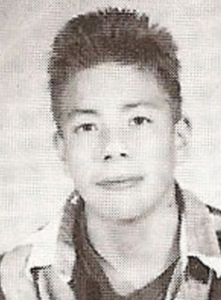 Apolo Ohno was born in May of 1982 in Seattle, Washington to a Japanese-born father and a European American mother. His parents divorced when he was very young, and so he was raised in Seattle by his father for the majority of his life. Apolo’s father had to work very hard to ensure that his son grew up in a good home, and his work hours were often long. He didn’t want his son to come home after school to an empty house, and so he signed Apolo up for sports: competitive swimming and inline speed skating. It kept Ohno off of the streets, and he proved to be a very athletically capable young man. By the age of twelve, he had won a breaststroke Washington state championship. Despite his talent as a swimmer, Apolo was more interested in skating than he was in swimming, with his interest in short track speed skating blossoming when he watched the sport in action during the 1994 Winter Olympics.

His father did everything that he could to support his son’s athletic pursuits, and when Apolo was just 13 years old he was admitted into the Lake Placid Olympic Training Center. This would allow him to focus his full attentions on training as a short track skater. (Apolo was the youngest skater to have ever been admitted to the center at the time.) With this, Ohno began his journey to Olympic fame. This journey was definitely a harsh one. His training was successful at first, and when he was 14 years old he was able to relocate to the Colorado Springs Olympic Training Center to train with senior level skaters, despite the fact that he was meant to be practicing with junior level ones. Ohno trained hard, but he had a miserable showing at the 1997 World Championships, which ultimately resulted in him not making the Olympic team for the 1998 Winter Olympics. This was a devastating blow, but the teenage athlete shifted his focus to making the 2002 Olympic team instead.

Ohno returned to his training at Lake Placid, and put a tremendous amount of effort into getting in good shape for the 1999 World Championships. He placed first in the 1999 World Junior Championships, and he would go on to place fourth in the 1999 World Championships. In the 2000 World Championships, his performance slipped a little bit, but a successful 2000 – 2001 season succeeded in placing the young man at the forefront of the American speed skating scene. (This season was anchored by a World Cup title, as well as a National title.) In December of 2001, Apolo has successfully earned himself a spot in the six-man men’s short track skating team. With this tremendous victory under his belt, Ohno entered center stage stepping into the 2002 Winter Olympics in Salt Lake City, Utah. 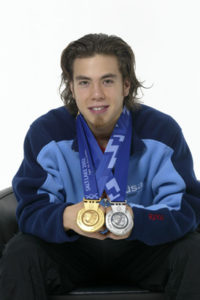 Apolo’s Olympic debut was more successful than he ever could have really hoped for. He won a silver medal in the 1000 m event, and he won a gold medal in the 1500 m. These were impressive performances from Ohno, but a significant amount of his fame during this time arose from the controversy that followed his gold medal win. In the 1500 m race’s final lap, the race’s leader Kim Dong-Sung drifted to the inside of the track and Ohno indicated that he had been blocked. Although Kim Dong-Sung ended up finishing the race first, he was disqualified for blocking, and the gold medal was awarded to the second finisher, Apolo Ohno. This was a decision that was met with hot debate around the world, and although Apolo wasn’t happy at all with the negative press that he was receiving from South Korea, he was appreciative of the support and admiration that he was receiving from his home country.

Following his Olympic debut, Apolo made sure to keep himself in top-of-the-line shape. He maintained dominance in the World Cup and in the World Championships, which put him in a very good position to re-enter the 2006 Winter Olympics in Turin, Italy. His performance was disappointing in some ways, taking home bronze in the 1000 m and in the 5000 m relay. However, he was still able to bring home a gold medal in the 500 m. By this point, Apolo Ohno had established himself as a great American athlete, and he had brought inline speed skating (a relatively obscure sport in the United States) to the forefront of the Winter Olympics. Following the 2006 games, Ohno took a brief hiatus before re-entering the sport in 2007. He maintained a dominant off-season in order to put himself in a prime position for the 2010 games. Apolo put a lot of emphasis on weight loss during his training, wanting to be more physically fit than his competitors. 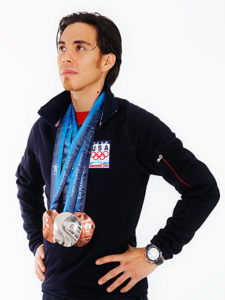 Compared to his previous showings, the 2010 Olympic Games were sort of underwhelming for Ohno. In Vancouver, he ended up winning three medals. He won two bronze medals in the 1000 m and in the 5000 m, and he won silver in the 1500 m. Despite the fact that he wasn’t bringing home any major medals, this particular games brought Apolo to a massive milestone. With his eight career medals, he had become the most decorated American athlete to have ever seen the Winter Games. The United States isn’t a country particularly well-known for its performance in the winter games, let alone in inline speed skating, and so this achievement really served to cement Apolo Ohno as one of the most significant athletes in American sports. Despite this success, Apolo ended up retiring from skating in 2013. He hasn’t seen the ice in a competitive setting since then. With his Olympic career seemingly behind him, what is Apolo Ohno doing today?

Although Apolo Ohno has obviously shifted away from athletics, he’s still very much in the limelight. Since his time in the Olympics, he has worked a lot in entertainment. In 2013, he appeared as the host of GSN’s reboot of Minute to Win It. Most recently, earlier this year he made an appearance as a guest star on Jane Lynch’s Hollywood Game Night. Apolo has also used his platform as a well-known Olympics athlete to work as a motivational speaker and as an activist. Ohno is known as the founder of Allysian Sciences, a motivational speaking platform that helps its users to build their business and community, through use of cognitive training and dietary supplements. He may not be on the ice anymore, but I don’t think that anyone can say that Apolo Ohno has allowed his career to stagnate since his 2013 retirement.