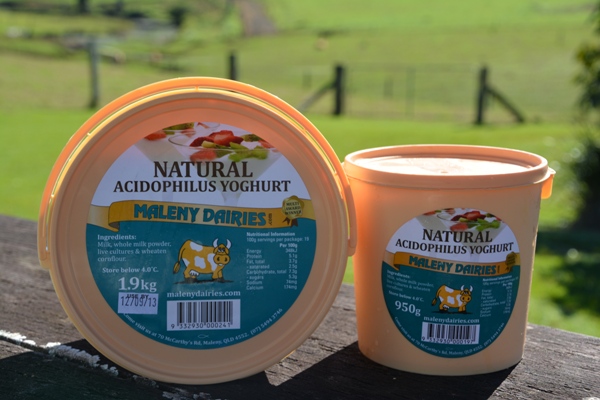 AmLactin is a family of skincare products that are formulated to relieve dry, flaky, and rough skin and are proven by many to be effective.

But for those who experience side effects when using AmLactin products (burning sensation, itching, flushing, to name a few), there are natural alternatives available that can efficiently rejuvenate the skin. From common kitchen items to ancient procedures, here are a couple of natural alternatives to AmLactin: 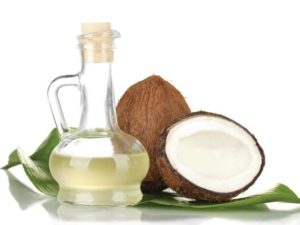 Coconut oil is praised for its incredible versatility: from being used as cooking oil, in cosmetics, and even as a fuel source. It is composed of certain acids and vitamins namely:

Fatty acids (Capric, caprylic, and lauric): Being an antimicrobial, these acids protect the skin from infections.
Proteins: Maintains skin health and rejuvenates it by promoting accelerated repair of damaged cells and tissues.
Vitamin E: As an antioxidant, vitamin E fights off free radicals that harm the skin.
Triglycerides: Retains skin moisture and makes it smooth.

When applied to the skin, the oil effectively works as a moisturizer and as a cleanser as well, thanks to its antibacterial and antifungal properties. Mixing coconut oil with other exfoliants (sugar, salt, and vanilla) can greatly improve its effects on the skin. When ingested, the oil’s triglyceride content keeps the skin healthy from the inside. Using the oil for the face and body is as follows:

Emulsify a half teaspoon of coconut oil between fingers and gently massage into face. Wash off afterwards with warm water and pat skin dry. The amount of coconut oil may be increased if needed.

For moisturizing the entire body, apply one tablespoon of the oil for the arms, two for the legs, and another tablespoon for the torso. Massage the oil into the body and let it sit until the skin completely absorbs it. Best performed after taking a shower so the oil can be easily absorbed.

Regarded by the Egyptians as the plant of immortality, the medicinal use of aloe vera stretch for centuries in different cultures. Composed of 75 components ranging from vitamins, minerals, enzymes, amino acids, and many others, all of which play an active role in remedying burns and other skin conditions, eliminating free radicals, protecting against bacteria, inflammation, and ultraviolet rays, and keeping the body and skin in top shape. The mucopolysaccharide in aloe vera binds moisture on the skin, alleviating dry skin and making it more elastic and soft.

For exfoliation, mix a half cup of aloe vera with baking soda or sugar (preferably brown) and rub it on skin.

For facial moisturizing, cut an aloe vera leaf and peel its gel with a spoon. Apply it on the face and let it sit for an hour before washing off with water. Pat dry afterwards. 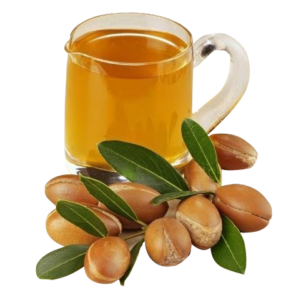 Originating in Morocco, argan oil gained a global reputation for its wide array of healthy cosmetic and culinary uses. The “liquid gold” has been included in the ingredients of many famous cosmetic products, particularly hair conditioners and skin moisturizers, due to its rich amounts of fatty acids and vitamins A and E. The trocopherol in vitamin E enhances production of cells that promote better skin health. Aside from using products containing it, argan oil can be used on its own for the same purposes on the skin. In fact, it is hailed for being non-greasy and the skin absorbs the oil easily.

A drop of argan oil massaged to the face is enough as a nighttime moisturizer. Another drop might be needed in times when the climate is colder or dryer.

A few drops of the oil, mixed with a tablespoon of sugar, can act as an effective exfoliant. Rub the mix on certain areas for four minutes then wash away with warm water.

The combination of argan oil with coconut oil (or other carrier oils such as jojoba, sesame, etc.) can be used as a moisturizing body lotion. After taking a shower, gently massage the mix of oils on the body and let it sit for absorption. The skin will be much softer once it dries out. 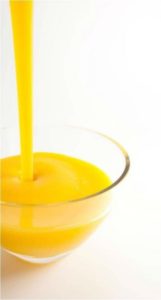 A clarified butter (or butter without milk proteins and water) used since India’s ancient times for culinary and religious purposes. Packed with fats, omega-3 and 6 fatty acids, vitamins A, E, and K, ghee can nourish, protect, soften,and strengthen skin through regular application and consumption, not to mention its other benefits concerning overall health and being a healthier alternative to butter. The thousand-year-old healing system Ayurveda recognizes ghee as a powerful detoxifying agent and a natural skin moisturizer. Made by heating butter until every trace of moisture is gone, it is entirely possible to make homemade ghee without any difficulty.

A daily application of warm ghee on the skin, before taking a bath or shower, will leave it glowing and soft.

A mix of ghee, milk, and gram flour can be applied to the face, let it sit for at least 20 minutes, then rinse it off with water.

Shata dhauta ghrita is an Ayurvedic remedy for skin care. It is prepared by mixing ten ounces of ghee into an equal amount of water for up to five minutes. The water is drained afterwards, replaced by a fresh amount of water, and again stirred. The process is repeated for 20 times when the ghee is now white and smoother. Aside from being used for treating burns and other skin conditions, the mix can be applied to the skin daily, left for ten minutes, and washed off for moisturizing purposes.

Both delicious and nutritious, yogurt is a wonder food that benefits the human body through consumption and application. Some nutrients found in yogurt are good for the skin, namely:

B Vitamins: Specifically vitamins B2, B5, and B12. B2, or riboflavin, is important in protecting skin cells from free radical damage, facilitating their regeneration, and keeping the skin healthy.
Calcium: Calcium is ubiquitous on the skin’s epidermal layer. It prevents dry skin and helps in its rejuvenation.
Lactic Acid: An exfoliant that makes the skin smooth and keeps it from drying. Also prevents the appearance of wrinkles.
Zinc: Prevents excessive oils on skin by regulating its production, remedies acne, and facilitates reproduction of cells and tissue growth.

It is best that the unsweetened variants of yogurts are used on the skin, as the ones with flavor may cause unwanted reactions. Also, always choose yogurt with live cultures and fat for optimum results.

One to two teaspoons of yogurt massaged to the face on a daily basis eventually leads to brighter and refreshed skin. Leave it on for at least ten minutes before washing it off to give the yogurt enough time to settle.

Mix four tablespoons of yogurt with one tablespoon of cocoa powder and another one for honey. Apply to the face, let it stay for no more than 20 minutes, and wash off. Honey and cocoa’s antioxidant properties, coupled by the moisturizing powers of honey and yogurt, will leave the skin bright and fresh.

Popularly eaten as part of a regular breakfast routine, oats (also known as avena sativa) are also used for beautifying the skin and treating associated conditions. In fact, oats have served such purpose since the time of the ancient Greeks and Egyptians. A piping hot bowl of oatmeal is packed with fiber, folate, omega-3 fatty acids, and potassium, and these healthy constituents are also rendered to the body when oats are applied to the skin instead of eaten. Oatmeal’s beta-glucan content deeply penetrates the skin, greatly enhancing its moisturizing properties.

Applying cooled oatmeal to the skin, left for ten minutes, then washed off serves as an excellent exfoliant.

For those with sensitive skin, and even those who don’t, wrap oatmeal in a clean cloth and use it to wash the body. Adding drops of olive oil or a few scoops of dried milk provides moisture to the skin.

Add two cups of raw oatmeal, three teaspoons of honey, and a cup of milk on a bathtub with lukewarm water. Take a bath for at least ten minutes and enjoy a completely a skin that’s completely moisturized and refreshed once you step out.

Make an oatmeal face mask for a refreshed facial skin. Grind six teaspoons of raw oatmeal until it becomes grainy. Mix with minute amounts of water and a teaspoon of baking soda until it becomes pasty in consistency. Apply on dry and freshly-cleaned face, let it sit for ten minutes, and wash it off with water. 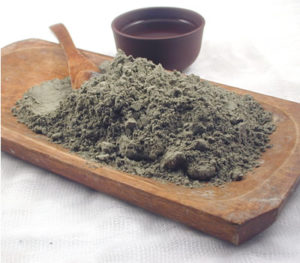 The ancient Egyptian pharaoh Cleopatra was known for her great beauty, and it was reported that she utilized cosmetic clay masks to keep her face rejuvenated. Nowadays, beauty salons still make use of the time-tested process of applying clay masks to eliminate toxins from the skin. This can be done by obtaining:

Fuller’s Earth or kaolin, whichever of the two is chosen, mixed with water on a ratio of 1:2.
For oily skin, two pieces of egg whites, lemons, ripe tomatoes, or papayas.
If the skin is dry, use a teaspoon of vegetable oil or avocado instead.

Combine the two ingredients and stir until it forms a paste. Rub the mixture into the face and leave it for at least ten minutes, up to 15, before washing off with water. Avoid the eye when applying the mixture.

Some people prefer their beauty products to be pleasant smelling but, in the case of apple cider vinegar, a not-so-pleasant smell can actually be beneficial for the skin. Apple cider vinegar, or ACV, contains amounts of alpha hydroxy acids that actively peel off dead skin cells, and ACV has more of these acids than those found in beauty products on the market (not to mention being a lot cheaper as well). Before making use of ACV, don’t forget to dilute it first with water as its high acidity will damage the skin.

Use a cotton ball with a few drops of ACV for facial application. No need to rinse with water as the scent quickly dissipates. In case of sensitive skin, add more water and decrease frequency of use.

Add aloe vera or green tea to the diluted ACV mix to increase its skin-rejuvenating potency.

Fill a bathtub with lukewarm water and add eight ounces of ACV. Soak on the bath for at least 15 minutes. The pH level of the skin will be balanced by the ACV, soothing and rejuvenating it.