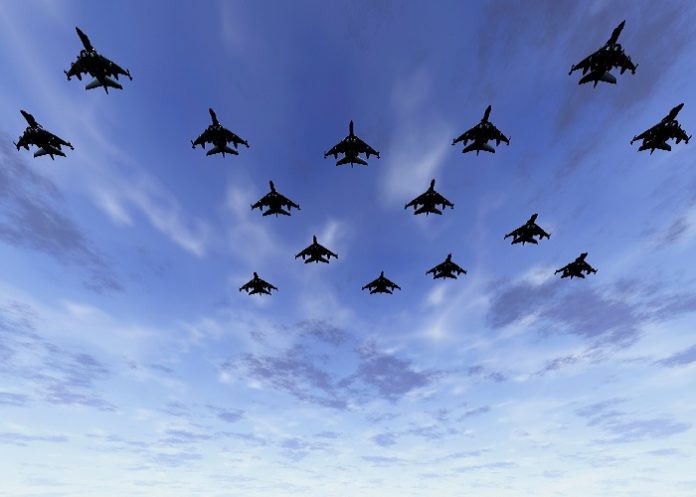 When the British Royal Flying Corps was created in 1912, the force consisted of nothing more than a few crude aircraft with an accompanying number of balloons. During World War one the force was mainly used for reconnaissance and directing artillery fire. As that long war settled into a protracted deadlock the first military dogfights took place over occupied France, and gradually the necessity for a strong aerial defensive force became apparent to military leaders. By the time of World War Two aerial combat had become far more important and the air superiority enjoyed by the Allied powers ultimately played a vital part in the defeat of Nazi Germany.

The huge technological advances in aircraft design, accelerated in part by the events of World War two, have since then spawned an ever more effective and deadly Air Force in many nations, and today in 2016 many countries boast a dizzying ability to deliver mass destruction from the skies. But in terms of the number of combat aircraft available to them, which countries have the strongest Air Force at their disposal today? Read on to find out. 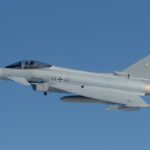 The German Luftwaffe was formed in 1956 as a result of West Germany becoming a member of the NATO pact. Western allies believed that Germany needed a strong air force to counter the threat of the Soviet Union and it’s Warsaw pact allies. Although the German Luftwaffe have less personnel and a lower budget than several other European nations, most notably the British Royal Air Force and the French, the Air Force of modern re-unified Germany maintains the largest number of fixed-wing combat aircraft in Europe today. The majority of the fleet consists of the Eurofighter Typhoon, a highly agile aircraft designed to be particularly effective in dogfights. The Eurofighter Typhoon is also used by the British, Austrian, Italian and Saudi Arabian Air forces. 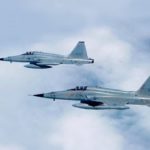 The South Korean Air Force, also known as the ROK Air Force maintains a strong aerial deterrent due to the aggressive posturing of its neighbor to the North. The ROK Air Force operates 450 combat aircraft that are almost exclusively designed in North America and NATO member states. The fleet is made up primarily of Northrop F-5 fighter jets, a relatively cheap multi-use aircraft capable of both air-to-air combat roles, and equally suitable as a ground attack platform. The South Koreans also maintain a number of F-16 Fighting Falcons and Boeing F-15 strike eagles. The ROK Air Force has contributed widely to the Global war on terror in recent years, performing in the Persian Gulf War and taking part in extensive peacekeeping missions, most notably in Somalia in 1993. The South Koreans operate an advanced early-warning system through extensive use of high technology drones that monitor North Korea around the clock. Due to this added layer of protection, South Korea is confident that their Northern neighbors pose no real threat to them in terms of air-power. 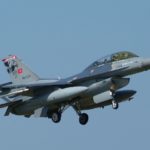 The Turkish Air Force is one of the oldest aerial warfare branches of any nation. It has a history stretching back to 1913 when it was founded by the Ottoman Empire, but the Turkish Air Force as it is known today was created in 1923 upon the formation of the republic of Turkey. In modern times Turkey has participated in NATO’s Operation Deliberate Force in Bosnia in 1995, and also continued to provide support in the area after the disintegration of former Yugoslavia, commonly providing F-16’s to assist in the policing of Baltic airspace at the time. Most recently the increased tension in Eastern Europe has led to Turkish aircraft being involved in several incidents involving Russian and Syrian forces. In November 2015 a Turkish F-16 engaged a Russian Su-24 Fencer that Turkey claimed had violated its airspace. Russia denied the incursion despite it’s long history of provocation in the region. 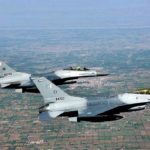 In 1933 the British colonial government of modern day Pakistan created the Royal Indian Air Force (RIAF) in Karachi. After World War two, in which the RIAF assisted in the defeat of Japan, Pakistan gained independence in 1947 and the Royal Pakistan Air Force was formed. After Pakistan became a republic in 1956 the Royal prefix was removed and the Pakistan Air Force (PAF) benefited from the US aid program by receiving 100 American built F-86 Sabres. The fleet has been involved in active combat several times since then, most frequently with neighboring Indian. The 1965 Indo-Pakistan war saw Pakistan claiming complete air superiority after just two days, even though the Indians disputed this. In recent times Pakistan has been at the forefront of the War on terror, and has taken part in many coalition counter-insurgency operations in Afghanistan against the Taliban. 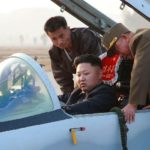 Secretive and volatile, North Korea maintains a large number of combat aircraft in the modern age, almost exclusively supplied by Russia and China. The country is one of the few to still operate the outdated MiG-17 and MiG-19 fighters, although it also has use of the far more modern and effective MiG-23 and MiG-29 fighter jets. The nations bomber fleet is somewhat out-of-date too, relying mainly on obsolete Ilyushin II-28 Beagle bombers that are capable of providing a medium-range attack strategy. The US analysts GlobalSecurity.org assert that North Korea is capable of conducting limited air operations against South Korea and has a marginal capability for defending its own airspace. 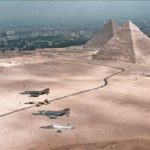 The Egyptian Air Force was formed in 1930 with just three trained pilots to its name, but by the time of World War Two it had received considerable assistance from the British and US air forces in the fight against Nazi Germany. In the 1948 Arab-Israeli war Egypt bombarded Tel Aviv and shot down two Israeli aircraft before attacking the British controlled RAF Ramat David airfield, mistakenly believing that it had been taken over by Israeli forces. They returned a second time but this time the British were ready for them and the entire Egyptian force was shot down. In modern times Egypt has turned to Russia for assistance and new aircraft, and this year the nation bought 74 MiG-35 fighters in a deal with the soviets worth over $2 billion. 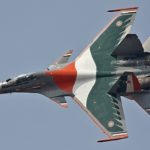 Since becoming a republic in 1950, India has been involved in four wars and countless border skirmishes with neighboring Pakistan, mainly due to the ongoing disagreement over the disputed territory of Kashmir. The Indian Air Forces primary fighter aircraft since 2002 has been the Russian built Sukhoi Su-30MKI, which incorporates Indian electronic systems and is customized for Indian use in particular. The IAF also operate a variety of other aircraft, most notably the Mikoyan MiG-29, although it also utilizes the Mikoyan-Gurevich MiG-21 as an interceptor aircraft. 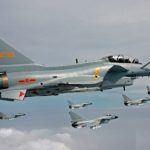 The People’s Liberation Army Air Force (PLAAF) was formed in 1949 with the aid of the Soviet Union, shortly after the People’s Republic of China was formed. The PLAAF took part in the Korean War using Soviet built Mig-15’s, and also received assistance from the Russians in training their pilots. In the 1980’s the Chinese air force suffered from serious technological problems and reorganized in order to become more effective. An extensive program of Pilot training was established in order to increase pilot’s abilities and effectiveness in a combat theater. With the recent upsurge in China’s economic status the Chinese air fleet is continuing to modernize and the nation is also believed to be developing its own Stealth bomber, known as the H-18. 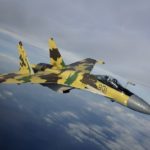 After the break up of the Soviet Union in 1991 the Russians suffered considerable economic hardship, with a corresponding decline in Airpower and morale. In the 1990’s some pilots were even forced to go on hunger strike in order to receive several months back-pay that was due to them. Despite these financial problems, the Russian Air force took part in the first Chechen war, that took place from 1994 to 1996, and the second Chechen War, from 1999 to 2002. The Russian Air force of today is considerably better equipped than a decade ago, with Sukhoi Su-35’s, Su-34’s and the Sukhoi PAK DA all in active service. In September 2015 the Russian Air Force, in collaboration with other branches of the Soviet military, launched a military operation in the Homs region of Syria that continues to this day. 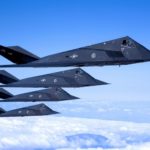 With heightened tensions around the World, and a possible resurgence of the Cold War on the horizon, its unsurprising, but extremely comforting to know that the United States stands alone as by far the biggest, best equipped and most technologically advanced nation in the World when it comes to aerial warfare capabilities. The United States Air Force is vast and overwhelming in terms of the assets at its disposal. The USAF’s fleet of F-16 Fighting Falcons number over 1,200, which would leave America at fourth place in this list with that one model alone, but that really is just the tip of the iceberg. The military budget of the USAF, founded in September 1947, is in excess of $161 billion annually, although black budget projects are likely to receive a budget in excess of other nations entire military budget. The history of the USAF is hard to summarize, such has been the impact of America and NATO on the free World post World War two. The American Fleet also contains hundreds of F-15 Strike Eagles, numerous F-22 Raptors and of course an array of strategic technologically advanced bombers, including the much-loved Boeing B-52 Stratofortress and of course the Northrop Grumman B-2 Sprit, or the Stealth Bomber as it is commonly known. The United States is also the only nation operating the incredibly well-armed Lockheed AC-130, of which there are more than 30 in the fleet.