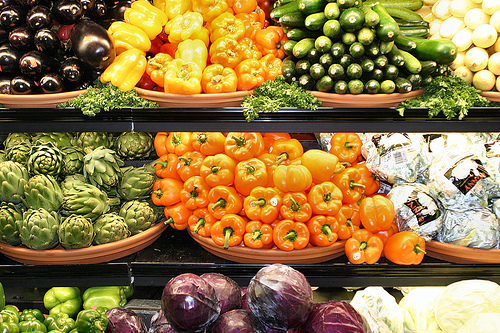 There is a lot of appeal between Gatorade and athletes or just the average consumer. This is due to many different aspects of the drink. These aspects include the sugary taste, the electrolytes, and the almost constant stream of sponsorships and celebrity endorsements the beverage has under its belt. It is important to have a decent understanding of the drink and why it is so appealing before replacing it, if you are however uninterested in the gears which make up this machine then just scroll right on through to the second section. Who knows, you may even find that you don’t even need to replace the drink in order to suit your needs all together. That said, if you do decide to scrap the sugary drink then by all means seek out healthier more efficient alternatives to suit your sport, health, and thirst needs.

Where did it come from?

Gatorade has been along for quite some time, this year marking its 40th anniversary since its conception. Originally the drink had been created by researchers at the University of Florida as a means of easing the struggle of activity in the all too common Florida heat. Thus using water and sugars Gatorade had almost single handedly kicked off sports drinks as an entire product and successfully crafted a tasteful drink which had also been known to improve athletes’ athletic performance.

Because of Gatorade’s massive market success the product was advertised in almost every way conceivable; clothing, television, sports arenas, and celebrities. Gatorade was everywhere. The media is a powerful tool and just like all the others, of course advertisements exist to serve one purpose. That purpose is to make those who are the viewers make that purchase. This isn’t just a onetime deal in which you find that your purchase was in poor taste either, oh no, (that’s what those infomercials with the crummy actors are for), this product needs to stay in the viewer’s head. How is this achieved? Addicting flavor, colors, and overall product appearance, with a thrown in celebrity sports idol whom any athlete dreams of becoming throw on like a great big cherry to top it all off. Now that almost everyone wants it, all that’s left is to make sure that the product is available, and so the mass production process begins.

The fluid we drink starts of as water which has had Sucrose (sugar), Dextrose (Sugar), Salt, Sodium, and citric acid tossed into the mix with just a dash of artificial flavoring and food coloring thrown in and voilà Gatorade, ready to be shipped off and bought by thousands of thirsty customers.

Why do we drink it?

Really it’s for the same reason people drink anything! Because we all need to drink and Gatorade is often advertised to be highly effective when it comes to being a thirst quencher. For others the whole appeal revolves around the athletic aspect of the drink. It certainly provides a boost in short term energy but often times this aspect of the drink is blown far out proportion when it comes to how much Gatorade actually does impact sports performance and the like. In short the drink certainly won’t land users a spot in the NBA or their favorite super bowl champion team.

If you can think back to your high school biology class you may remember the phrase ATP. Otherwise known as Adenosine triphosphate, ATP is essentially a form of currency gained and lost by our bodies in order to produce energy, specifically chemical energy. This is the form of energy we use in order to complete every action our body demands for. It is produced from a series of chemical reactions that occurs in the body, many of which require water and sugars both of which are provided by Gatorade, and of course almost all foods and drinks in one way or another, this is the simplest way to describe why we drink anything and that includes Gatorade.

A lot of folks seem to jump on the Gatorade bandwagon and join the brand’s common preaching of electrolytes. But some of those people do not even know what purpose electrolytes serve. To start Electrolytes are a group of substances, they are not singular, and they’re a categorization. There are seven major electrolytes which all have their own functions in our bodies; Sodium, Chloride, Potassium, Magnesium, Calcium, Phosphate, and Bicarbonate. Some of those probably sound familiar as they do pop up from time to time, especially when researching foods and the like. Sodium makes up a large part of the typical Gatorade averaging about 300mg per serving. Potassium is another big electrolyte involved in Gatorade which makes up about 140mg per serving. Both of these don’t quite give you more energy though they do assist the overall function and health of the body. Sugar is really the main source of the proclaimed energy boost that Gatorade provides but as with Potassium and Sodium, too much Sugar isn’t healthy and neither is too little. In short, Electrolytes help, not in great excess, and can be found in all kinds of foods and drinks aside from Gatorade.

Gatorade isn’t too complicated when it comes to breaking down the drink’s purpose. Now that we understand that Gatorade is used for hydration and energy it won’t be difficult to discover a vast variety of alternatives. Of course there is always energy drinks like Monster and the like but what about the healthy options, there’s certainly a vast amount of those too.

We all probably expected this but it goes without saying that water is always going to be the best source of hydration bottom line. Our bodies are 70% of it and we just can’t get enough of it. While water isn’t often referenced as being an energy drink, it most definitely is. Think of it like this; our bodies need energy to live, without it we may as all be rocks, and it isn’t as if the Egyptians drank red bull, they drank water just like all of the other cool kids (living things) on the block. So water without a doubt must provide some form of energy. Aside from that, there isn’t much to manage when it comes down to drinking it. There aren’t any calories, sugars or much of anything other than good ol’ H2O to in it keeping our bodies happy and since its been around forever and it’s responsible for life as we know it, one would think that it is pretty natural and healthy. 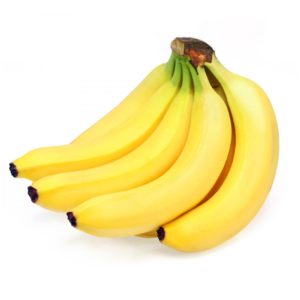 Every kind of fruit provides an increased amount of electrolytes over other food groups, while also being a boost for your body all together and providing rehydration via the water they collect while growing. If Potassium is what you are looking for then definitely seek out bananas, kiwi, oranges, avocado, nectarines, and peaches. 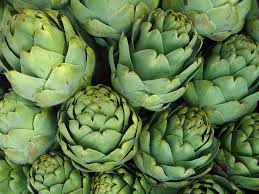 Vegetables are always stressed whenever it comes to making a healthy shift and in this case it’s just as true. If you require a healthy, way of gaining some more Sodium while also providing your body with a great variety of other healthy vitamins, foods like peppers, tomatoes, artichokes, and cabbage.