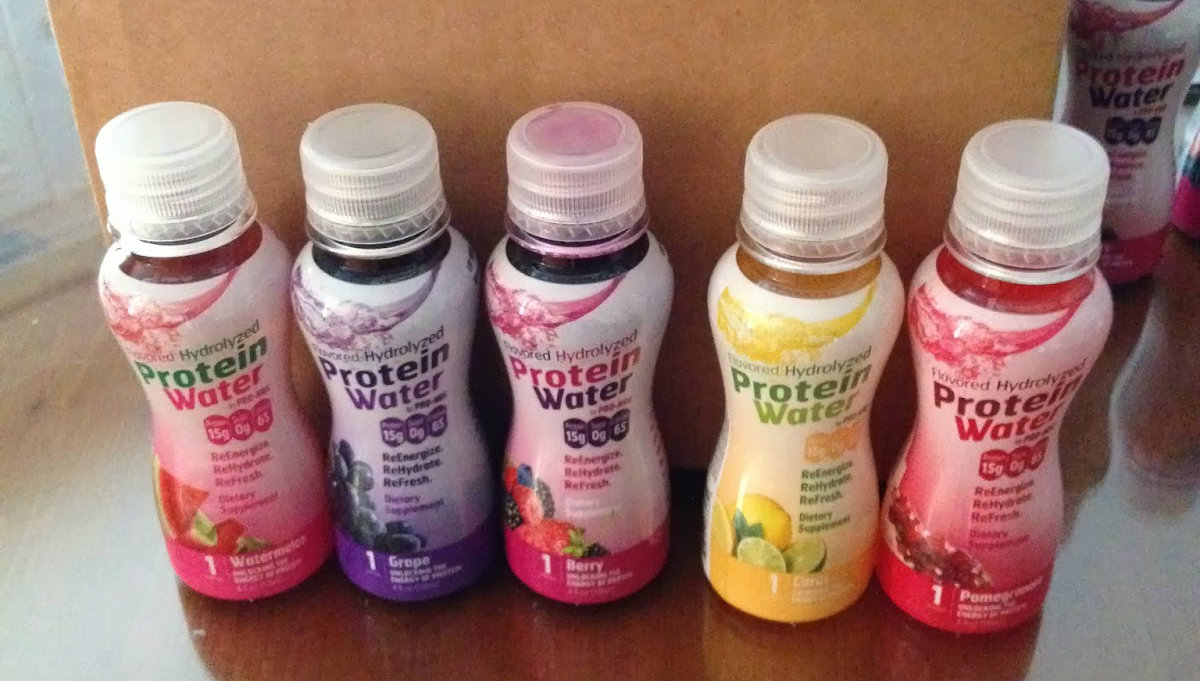 Tania, the owner of PRO-NRG, was once overweight. She decided that she needed to make a change. The rest of the options on the market we’re not working for her. She developed her drink that helped her recover after workouts. Will the Sharks bite on this exciting new products? Let’s take a look., 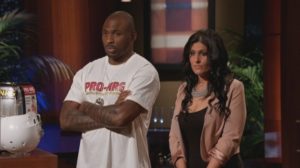 Tania Patruno walked out into the Shark Tank with a former football star, Brandon Jacobs. They introduced themselves and told the Sharks that they were seeking $250,000 in exchange for 15% equity in their company PRO-NRG. Tania explained the PRO-NRG is a protein-based energy drink that is all natural and great tasting. She continued, stating that it has no caffeine, no sugar, and no fat. Each bottle is 4 ounces, and each bottle contains 15 grams of protein, and an energy blend, and essential vitamins. Brandon told the Sharks that he got to where he was at by playing the whole game at a very very high level. PRO-NRG has helped him with that. You told the Sharks that she’d been overweight, and had a hard time losing it. She bought into products and gimmicks the claim to melt the weight off. She is frustrated with not getting any results, so she set out to create her answer.

Tania said it was down to the basics: rehydrate, replenish, refreshed. That slogan also on a poster featuring the energy drinks. She told the Sharks that she was able to hustle her way into 3000 stores in New York City. What she needed the investment for was to help fill the purchase orders. The Sharks all look very impressed; she even got a “wow” from Barbara. She wanted to get PRO-NRG out into a National Market. She brought samples for each of the Sharks. Brandon and a bottle of the protein water to each of them. The Sharks in the water. Robert made a face that indicated that he was not a fan. He asked Tania why it tasted so bad. Kanye looked confused, asking if it tasted bad. Robert said that it did. He said it tasted like it’s full of chemicals. Mark told them that he didn’t think it tasted bad at all. Tania asked Robert if he had ever tasted protein products before. Robert said that he hadn’t. Brandon told Robert that that was probably what the issue was.

Tania informed the Sharks, but it tasted great two people that regularly consume protein products. Kevin ask Tania what purpose the drink served. He wanted to know if it was a weight loss supplement, an energy drink, or something that would help him gain muscle. Tania told him that the PRO-NRG drink was one of a kind. She said that it simplifies what your body needs. Daymond asked them if it was more like a Gatorade, or a Red Bull. Brandon stated that it wasn’t either one of those. Robert asked him if it was a weight loss product. Mark told Brandon that no one else on the stage has ever been in the gym, so they didn’t know what they were talking about. Collaborated, stating that the PRO-NRG drink was a compliment to a workout that you would drink to rehydrate, and add protein to rebuild your muscles. Tania nodded. Kevin Mispronounced the name of the product, and Tania corrected him. Mark said that if he didn’t pronounce it right, Brandon would come over and beat him up. The two entrepreneurs laughed and stated that he wouldn’t do that.

Daymond left and said that he would give Brandon the investment if he did beat up Kevin. Brandon grinned. He started to take off of his necklace. Daymond stated that Brandon was obviously a business person, so he was wondering why they need the capital. Tania said that she brought Brandon on, but wasn’t looking for him to be an investor. Robert asked why he wasn’t an investor, and Brandon told him that he was an endorser instead. Robert asked who Brandon played for, and what position he played. Brandon said to him but he played as a running back for the San Francisco 49ers. Before that, he played for the Giants. Mark asked him if he had PRO-NRG with him during that stint with the Giants. Brandon told him that he had, and the other football players left it. Mark asked if that was why they ended up rallying in the second half of the Season. Brandon said he couldn’t specify why that happened, but said that the guys love the product. Daymond told him that he appreciated his honesty.

Mark wants to know what his sales look like And what the other economics of the business are. Tania said that she invested $75,000 of her money, and it cost her $1.10 to make a bottle. She stated that the cost per bottle would be dropped once she meets certain benchmarks for production. Mark wants to know what they sell it to the wholesaler for. Tania told him a $1.80. Kevin said that he hated their margins. Mark stated that those margins are in horrible. Barbara asked what the product retailed for, and Tania told her the cost $3.99 for the customer. Robert told them that the retailer had a good margin, but they didn’t. Kevin asked her if she realized that the Distributors were making more money than she was. Before she could even fully respond, Kevin told her that it was what life in Hell looked like for him. He informed her that she needed to make more money than Distributors did, or else it was just crazy. Brandon told him they’re willing to pay their dues. Kevin told him that he wasn’t on the profit-and-loss side, so he didn’t have a stake in the business and that way. Kevin explain that it was a little different since he was considering investing.

Robert wants to know what kind of retailers PRO-NRG drinks were in. Tania told him that they were in delis in supermarkets all over Manhattan. She said that they were also in Big Box retailers. Kevin wanted to know how much they’ve sold since they were in 3000 stores in New York. Tommy said that they’d sold a $126,000 in the last three months that they’ve been on the market. Kevin stated that he was surprised that they hadn’t been slaughtered yet. They’ve survived somehow, maybe with the right partnerships. Kevin stated that their evaluation was crazy, and they weren’t worth 1 million dollars under any scenario. Kevin wished them luck, and he went out. Mark told Tania that he believes that she had a great product and PRO-NRG, and also a great angle. Getting Brandon in as an endorser was a good idea. Mark told her that they had a good first half, but the hardest part is the second act after the newness of the product has worn off. PRO-NRG would be under Fire from copycats who’d come out Super PRO-NRG. Mark said that he hated businesses that everyone was trying to get into. He went out.

Barbara went next. She told Tania that The Branding was confusing, and what the product was for was not super clear to the Layman. Barbara said that Brandon was great as an endorser, but Tania did not use him well. Barbara stated that it would have been better if Brandon started the pitch using his locker room story. She went out, indicating the confusion of the message as the reason. Robert told her that she did a fantastic job. He said that he doesn’t think that anyone else that has been on the Shark Tank has had the distribution that she’s had in such a short amount of time. He said that she must be the best sales person they’ve ever met. Robert stated that he did have a concern that he wasn’t knowledgeable enough in that field. She needed the cash as well as someone who knew what they were talking about. Tania begged him not to say it, but he went out anyway.

Tania looked disappointed, and Brandon informs her that that’s just the way it is. Kevin told her that four Sharks were out, and only Daymond remained. Daymond told her that he had the same challenges as all the other Sharks. He repeated that it was a very high valuation and that it was a very hard Market to get into. Daymond said that the good news was that he had recently invested in CrossFit, and understood the draw of the market. Kevin told him that he forbade him to waste 1.7 million dollars on the business. Daymond ignored him and made an offer for $250,000 in exchange for 30% of the firm. The offer had a contingency, however. He said that he wanted to take it to a protein and supplement company that he had an investment with already. They would need to close the deal with that company. Daymond told Brandon that he needed him in the room to say the Super Bowl story to help sell it. Brandon stated that he was willing to do that. Kevin informed the two entrepreneurs that Daymond had cut their value in half. Tania said that she realize that but also knew that she needed his know how to make the business successful. Barbara asked her if that was a, yes, and she told them that it was. He went up to shake their hands. Kevin looked disgusted with his fellow Shark. Kevin told Daymond that he would need to reposition the product because no one understands what it is. Mark said that anyone who works out understands thoroughly. 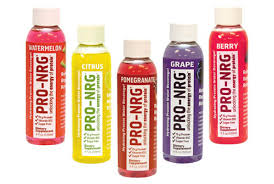 So was PRO-NRG able to meet the contingency, and get a deal with Daymond John other investment company? Yes, they did! PRO-NRG partnered up with the company, named Baddass Nutrition, and they also got the distribution deal with Walgreens. Soon after the Shark Tank episode aired, Tania and Brandon were sued by one of the co-creators of PRO-NRG, Joshua Fenwich. The suit was dismissed in 2014, but since then PRO-NRG has disappeared off the face of the map. They stop promoting on social media, and their website is still up, but you can no longer purchase the product on it. That seems like a shame since the product was reportedly flying off the shelves before that. It seems like Mark was right, and they weren’t able to muscle through the second half of their journey.