Simply Fit Board Update – What Happened After Shark Tank

Simply Fit Board Before Shark Tank

The Simply Fit Board was developed by Linda and Gloria, a spunky mother/daughter team. Linda wanted to develop something that would help her lose weight, as she is a senior citizen. With the help of Gloria, they produced a new type of balance board. Would the Sharks bite on this interesting new design of an old idea? Let’s take a look.

Simply Fit Board on Shark Tank 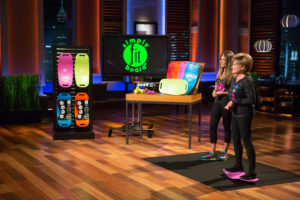 A fit-looking woman and an older lady entered the Shark Tank, wearing similar shirts, and holding brightly colored boards. Gloria Hoffman, the younger woman, introduced herself, and then her mother, Linda Clarke. Linda requested $125,000 in exchange for 15% of their company, Simply Fit Board. Gloria started off by saying that everyone has problem areas of their body, whether they’d like to admit it or not. She listed the common issues, such as muffin tops, belly fat, or saddlebags. Barbara looked amused. Gloria said that all of those areas could be helped with the Simply Fit Board. Linda placed hers on the floor, and stepped on as Gloria explained that it trains the core and provides a cardio workout at the same time.

Linda said that just by standing on the board, it improves balance and back strength. She said that at her age, she does want a slimmer waistline, but balance is also important. Gloria also stepped on her Simply Fit Board, calling it a balance board with a twist. She said that the board was made with lubricated plastic, which allowed them it to twist on the floor. Both women began to twist on the board. Gloria said that the simple act of twisting raises the hearts ate, but also works all of your muscles. She stated that there were hundred of exercises that could be modified for the board, such as push ups and planks.

Kevin said that he would like to try it, and walked onto the stage. Robert looked amused, and said that Kevin could stand to lose his muffin top, Kevin countered by stating that he had an Adonis-like figure. Linda explained how to use the board as Mark wandered up to the stage as well. It was a funny sight, seeing the Sharks standing on the exercise equipment in their suits. Kevin got the hang of it right away, but Mark was sliding all over the stage in his striped socks. Robert told him that he was doing wrong, but Mark said that it’s not hard to balance, he just could not do it in his socks. Robert got on one, and twisted away, looking like he was having a lot of fun. He showed off a bit, twisting from a squat position.

Robert asked how they came up with the idea. Linda explained that when she turned 60, she found out that it was much more difficult to lose weight around her waist. She called herself vertically challenged, and said that she liked to eat, but it was catching up with her. Linda said that she was observing her grand kids

playing on a skateboard, and joined them. She felt like the skateboard was helping her hit all the right spots, and she brainstormed with Gloria to come up with a new product. They handed out the full product with the packaging to each of the Sharks. Kevin asked how the Simply Fit Board would work on a typical living room carpet, and Gloria told him that it could be used on almost every surface.

Robert asked how it would work on the wood floor, and Gloria said that it would work, but she did not want it to get scratched. Robert asked if they sold mats for that purpose, Gloria said that they don’t, but that they did have a prototype made for future application. Barbara asked if they had a patent on the Simply Fit Board, and Gloria told her that the whole system was patented. When the Sharks asked what that meant, they were told that it was the board, in addition to the platform they were creating. Robert clarified, saying that the board by itself doesn’t have a patent. Gloria agreed. Barbara said that someone could copy the idea very quickly.

Lori asked if there were other balance boards on the market, and what they were like. Gloria said that they’d met with a rep from a large sporting goods store, and they were constantly pitched similar looking balance boards. The rep told them that the Simply Fit Board looked very different from the wooden boards with the circle underneath. Mark said that they would be copied, but the issue was how big they could get in spite of that handicap. Kevin said that he knew that they needed more money for inventory, and said that he really liked the product. He offered them $250,000 in exchange for 30%, which was more than they asked for. Lori said that he was changing his evil ways. Kevin told them that he very rarely gave people more than they asked for, but he feels like the product would find a niche market in people over 40. He said that they should use the extra investment towards inventory.

Robert cut in, saying that he really thinks that the Simply Fit Board is a great product. He was concerned that it was not able to be patented, and he went out. Gloria asked if there were any other offers. Barbara said that it was a product that needed an infomercial, and she’s had a bad experiance with infomercials on these kinds of products. She went out. Mark said that he also liked the product, but he did not have a strength in the kids of marketing that it needed to be successful. He went out. Lori said that the product is right up her alley as she was the Queen of QVC. Kevin interjected, stating that he was the King. Lori said that he was the Joker. Lori said that she has a lot of experience with infomercials as well, but they would have to work quickly and hard to get it off the ground since there’s nothing proprietary.

Lori offered them $125,000 in exchange for 20%. Kevin told them that it was not enough cash for the business. Lori said that she was happy to help with purchase orders as they get them because it meant that the marketing was working. Kevin told the pair that it was time to make a decision, but Lori told them that the decision should be easy just based on their backgrounds. Gloria considered, as Robert outlined the options. Linda asked them if they would consider doing a deal together. Kevin considered it, saying that they would need more equity, but Lori shut that right down. Lori said that she wanted to work by herself because she was really good at it, and knew how to maneuver in the space. She said that she makes millionaires with QVC, and does not need a partner to do it.

Kevin said that they’ve all done similar deals, but they should really talk with people that he’s funded, since they have made a fortune. Gloria said that they loved all of the Sharks, and coming in they really thought QVC would be a good fit. Lori assured them that it would be. She asked Lori if she would be willing to consider doing 18%. Lori asked her if she thought it mattered to get that 2% back, and risk losing the deal. She said that she asked for 205, and considered it fair. Gloria and Linda spoke amongst each other. Gloria thanked Kevin, but said that they would rather go with Lori. Kevin said that he understood, and Barbara told that that they picked Beauty over the Beast. Linda asked her not to call him a Beast, she still loved him. They went off the stage. Gloria said that they love Mr. Wonderful, but felt like they made the correct choice. They said that they are going to make twisting the new exercise, and that they could make exercise fun again.

Simply Fit Board Now in 2018 – The After Shark Tank Update 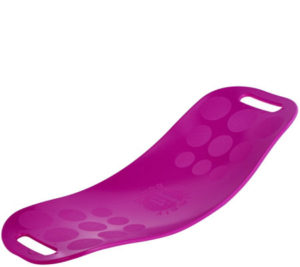 The video for the Simply Fit Board on QVC showcases Lori and Linda leading an exercise group on the board. It is still for sale on the QVC site for $39.96 plus shipping and handling. They are also selling on the Simply Fit Board website, which features a number of free exercises that you can use with the board. While the episode aired, they sold a record 500 boards per minute, and they sold out on QVC the next day. The product was on back order around Christmas time, but it looks like it’s back in full swing.

According to their social media pages, Simply Fit Board is now offering a workout DVD for a reasonable $9.95. They are still looking to produce the Board Mat, which will soon be available for preorder on the website. It seems like Lori was the perfect partner for this business.