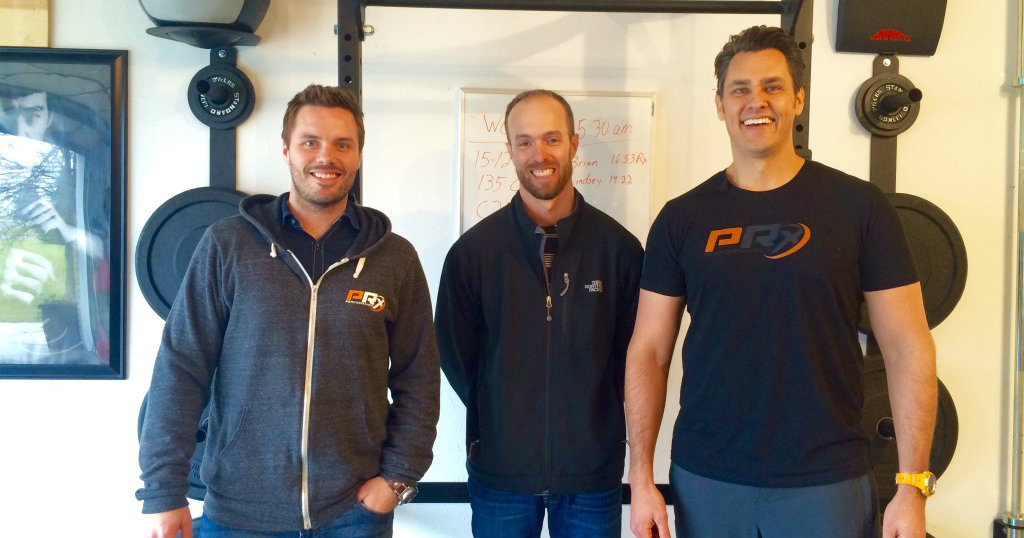 Out of necessity, Erik and Brian developed a home gym storage system for their fitness gear and expanded it into a business and commercial space. Would the Sharks see the value in PRx Performance, especially the health conscious Robert and Mark? Let’s take a look. 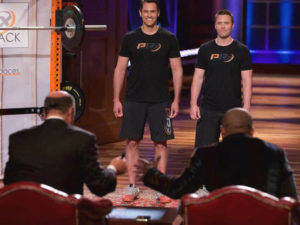 Two incredibly fit looking men walked out onto the stage in matching PRx fitted black t-shirts. Erik Hopperstad and Brian Brosh introduced themselves as from Fargo, North Dakota. They asked for $80,000 in exchange for a 10% equity stake in PRx performance. Brian and Erik said that they were looking for a similar product for awhile, and they said that most people told them the same things, going as far as calling them geniuses. Erik stated that PRx performance designed weight training equipment to take up just inches of valuable home space. Brian took the barbell that was hanging on their product and did a quick squat with it as Erik explained that the rack is a slim build that can transform any space into a gym. It allows you to do bench presses, squats and pull ups. Once the workout is completed, the system folds away, enabling it to be stored in basements, garages, or a small commercial space.

Robert asked how the system locks into place since on the stage there is a whole structure behind the home gym. Erik said that it was intended to be secured onto regular wall studs, but doesn’t need an entire custom wall mount behind it. Kevin asked if most of the weight is rested on the posts, and they confirmed that it was. Brian pulled the PRx system back out of the storage position. Robert asked if they could adjust where the top bar falls, and Brian told him that you could. Lori inquired if the system came with the weights, and Erik explained that they just sell the rack separately, and they also sell other products that compliment the frame.

Robert asked how much the PRx Performance stand was, and Brian said that it retailed for $1,099. Robert asked if there was a consumer line, and they told him that there was, for $550. Robert then wanted to know who their manufacturer was, and who completed the assembly. Erik said that the assembly was the responsibility of the end user. Lori wanted to know how easy the installation was, and Erik said that it took about 1-2 hours.

Daymond asked them how they were able to come up with the idea, and EriC stated that the two of them have been involved in the fitness industry for 3-4 years, and saw opportunity. They saw a competitor of theirs selling gym equipment that would take up an entire garage. Since they live in a cold climate, they wanted to make sure that they had both a home gym and garage space. Lori asked if they had a patent, and Brian told her that it was pending. Erik was sad that they were the first to launch something like this, but two large companies launched similar products. Erik said that those two companies were in violation of PRx’s patent claims. Robert stated that it was important to keep the patent in mind in case Kevin made them an offer in exchange for PRx suing the competitors into the Stone Age.

Lori asked if they had gone to the patent/trademark office to attempt to fast track the copyright since there was an infringement on it. Before they could answer, Mark said that he wanted to switch the focus back to their business. He wanted to know how much they have been selling, and for how long. Brian said that they started selling in the third quarter of last year. They’ve done $178,000 since then, selling about 100 units. Robert asked them if they made money, and Brian said that they made money in the current quarter, but they have not taken a salary from it yet. Kevin asked what their margins were like for the consumer product, and Brian said that they made 30% of each unit, and we’re hoping to get that p up to 50%. Mark stated that it was necessary to do that since they were looking to turn a profit. If they wanted to bring an investor into the fold, it would change the whole dynamic of the business. Mark said that they were too early in the company to start worrying about an investor’s return, or to reinvest into the firm. He told them that they had a good product, but he was out.

Brian thanked Mark for the opportunity and said that they were also looking for a line of credit in addition to the $80,000 investment they were seeking. Robert said that to succeed in the fitness world, you would need a widely assessable product that is easy to use. He stated that the PRx Performance rack would scare potential customers off by looking too technical and hard to use. Robert stated that he wouldn’t even know to find the wall stud to assemble it. He stated that he would be only interested in investing if it appealed to a wider base of people. He went out.

Lori said that she knew how to find a wall stud, and she said it looked easy enough to install and was a great space saver. She stated that she hopes that they get their patent so they could move forward, but without it, it was too early for her. She went out. The pair thanked her. Daymond was up next. He said that there were two types of potential users – enthusiasts that would never use it, and someone who buys muscle milk in bulk. He stated that the product inhabited some weird middle ground, and he did not see how they were going to bridge the gap either way. He went out.

Kevin, who Robert sarcastically called “the fittest Shark,” was the only one left. Kevin said that he liked the product, especially since his wife was currently paying to put a home gym into their lake house. He wanted to know how they did their valuation since he had no idea whether or not it was worth the $800,000 that they were asking for it. Brian said that their projections told them that they would sell another 300 units this year alone, at $700 each. Kevin made them an offer – $80,000 in exchange for 20% of the business. He said that they would pay him back in 20% increments of their profit. Kevin stated that he thought it was a good solution to their needing capital upfront. He also stated that he would help sue the people stealing their idea into the Stone Age. Robert stated that he was waiting for Kevin to say that.

Brian and Erik took a minute, and Kevin told them that since he was the only one who had made an offer, clearly he was the only one who believed in them. They considered, and then Erik told Kevin that they accepted the deal. They all shook hands. Robert asked if Kevin could do a chin-up while he was on the stage. Kevin said that he didn’t want to embarrass Robert by showing him up. Daymond stated that Erik and Brian were really nice guys, but really awful judges of character. Mark sad that he couldn’t wait for Kevin to come back ripped, and all the Sharks laughed.

PRx Performance Now in 2018 – The After Shark Tank Update 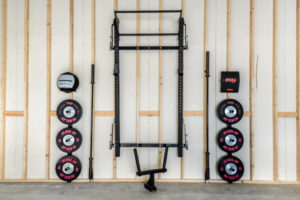 After filming their Shark Tank episode, Erik and Brian heard back about three days before their episode actually aired. They scrambled to get their website up and running, and their inventory sorted out. Soon after, they were featured on Forbes Magazine’s website. The two finalized their deal with Mr. Wonderful, and from there, it was on. Their website views skyrocketed, and so did their sales. PRx Performance was able to fund a new project on Kickstarter, and they are also researching other products. I’m sure that they will be satisfied with Kevin O’Leary’s help, even if he is not a fitness buff.