Top 10 Most Popular War Movies of All Time 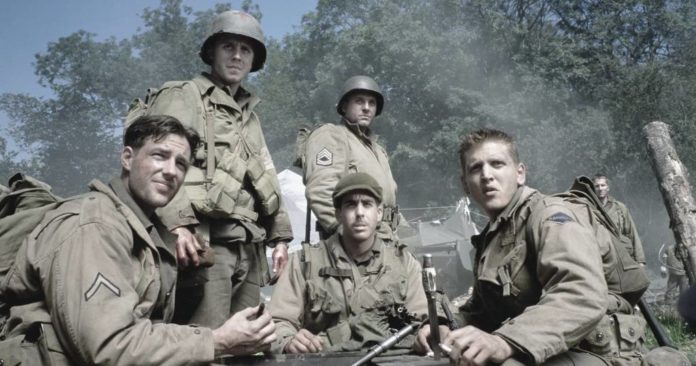 War, war never changes. But its popularity at the box office certainly can. With some of the biggest sets and most memorable moments in Hollywood, the impact of war movies to the art of cinema certainly can’t be ignored. Here, we take a look at the ten most popular war movies of all time. For the sake of this article, we exclude those movies that could otherwise be categorized as sci-fi or strictly action films (for example, Star Wars or the James Bond films, regardless to reference to at the time current conflict), and rated popularity by gross earnings, adjusted for current inflation. 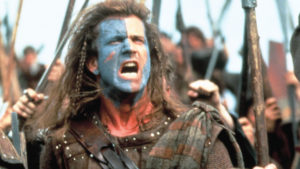 Starting off our list is Braveheart, a film inspired by the Scots-Gael poem “The Acts and Deeds of the Illustrious and Valiant Champion Sir William Wallace”. Part fictional biography and part historical war drama, this epic film covers the First War for Scottish Independence. While certainly many liberties were taken in terms of accuracy, the film would be nominated for over a dozen awards, and inspire a Wallace Monument (in the likeness of Gibson) to be erected in Stirling, Scotland. Some 12 years later, the statue was removed, purportedly due to a mix of vandalism, to make room for a visitor center, and due to some very awkward comments from Mel Gibson. 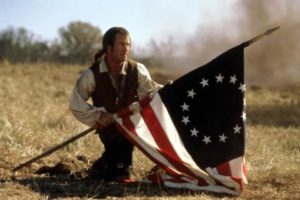 Another film starring Mel Gibson, The Patriot is in many elements similar to Braveheart. Taking historical events as inspiration as opposed to facts to be used in the film, The Patriot follows a family caught in the throes of the American Revolutionary War, starting as South Carolina farmers and ending up warriors for freedom. This film would go on to be nominated for Best Cinematography and Best Original Score awards, and win the award for the most period accurate make-up. While critical response was at times mixed, the commercial success is apparent, and certainly was helped by a theatrical release just before July 4th. 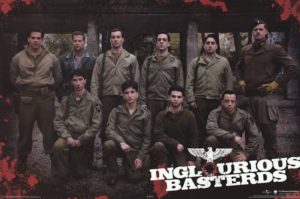 A film based off the 1978 “Macaroni War” film of the same name, and directed by Quentin Tarantino, viewers knew they were in for a ride from the first few moments of the film onwards. Filmed as an alternate World War 2 film, Inglorious Basterds follows a unit of Jewish soldiers led by Brad Pitt with a heavy Appalachian accent and a penchant for scalps. For its action sequences, comedy, and the performance of Christoph Waltz as SS Colonel Hans Landa, Academy Awards, Golden Globes, and Cannes Film Festival awards were showered onto the film. Considered by Tarantino fans as the best thing since Pulp Fiction, and having a Rotten Tomatoes score of 88%, this certainly earns its spot as one of the most popular war movies. 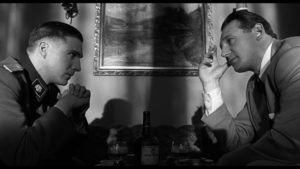 While not a film directly involved with the front lines of war, to not include the dark and powerful drama of Schindler’s List would be a massive mistake. Centered around Liam Neeson as Oskar Schindler and directed by powerhouse of production Steven Spielberg, this film is a masterpiece of biopics. Based in Krakow, Poland, the story follows Schindler as he goes from profiteer to guardian of the Jews (later known as Schindlerjuden) who work under him, cleverly preventing his fellow Nazi party members from killing them. Winning over 24 major association and production awards, this is one of the most decorated films in Hollywood history, and for good reason. Even the Vatican (not exactly known for their cinematic expertise) have expressed that Schindler’s List is one of the 45 most important films of all time. 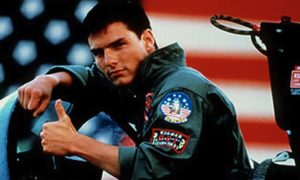 There’s nothing quite like a war film that has support from an actual military. Top Gun, which portrayed the lives of fighter pilots (played by Tom Cruise and Val Kilmer) would come to be one of the most famous aerial combat movies of all time. In fact, the US Navy, having worked with the director and producers of the film (as well as contributing aircraft) noted a 30% increase in standard recruitment (and in some regions 500% upticks in Naval Aviator recruitment) for some time after the film’s release in 1986. A little known fact about Top Gun is that, while the death of the character Goose was of course fictional, there was a pilot death during filming. Art Scholl, a renowned stunt pilot hired to film some of the aerial stunts, ended up performing a flat spin (a stallout involving a downward trajectory while keeping the plane horizontal in orientation). This spin would prove to be irrecoverable, and Scholl would crash into the ocean, with neither his craft or his body ever to be recovered. Top Gun would end up with 17 award nominations, including best foreign film from the Japanese Film Academy. 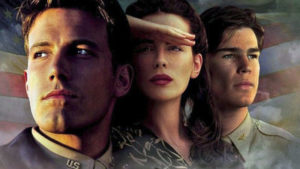 Making it halfway on our list of most popular war movies is one that is also one of the most harshly reviewed films among critics. The film, directed by Michael Bay and starring Ben Affleck centers around the time leading up to, including and somewhat thereafter the attack on Pearl Harbor, as well as a love triangle which gets interrupted by said attack. While the film did win an Academy Award for Best Sound Editing (which was wholly deserved), it also won a Golden Raspberry Award for Worst Picture, and a Rotten Tomatoes rating of 25%. That did not stop it from being a huge commercial success however, with over $59 Million being made in the opening weekend alone. 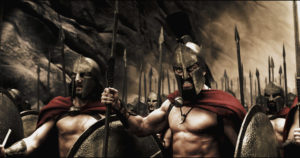 Now, I feel I must explain the inclusion of 300 on the list of 10 most popular war movies. First things first, yes 300 was taken from a comic book, namely Frank Miller’s 300. But, take into consideration that the first movie on this list was also inspired by a written text which was in turn inspired by an actual series of events (the Battle of Thermopylae in this case) which ended up being legendary in terms of wars and battle. Sadly, according to critics, 300 was nowhere close as legendary, despite having great commercial success, and having some effect on internet culture for years to come. Such films would come to be a trend for Zack Synder as well as the star Gerard Butler, who both have had a limited working relationship. In terms of awards, 300 was able to garner Best Fight from the MTV Movie awards, IGN’s movie of the year, and oddly enough, reached number 5 in National Review’s top 25 Best Conservative Movies. 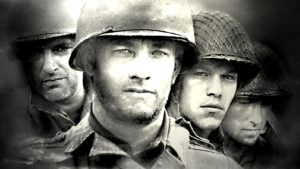 More often than not, when people think of iconic war movies, Saving Private Ryan is always near the top of the list. With names like Tom Hanks and Matt Damon being directed by Spielberg, and with some of the most intense action sequences and settings to ever be filmed. The story revolving around the saving of the lone surviving brother of 4 children who had died in battle struck a chord with critics and consumers alike, winning well over 50 awards and being nominated for nearly twice as many. 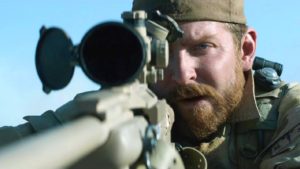 If one were to examine the ticket sales and gross earnings of American Sniper without inflation, it would be hands down the most successful war movie, and certainly the most successful Clint Eastwood directed film. The story revolves around the autobiography of Chris Kyle, a Navy Seal sniper who toured Iraq four times. While there were some controversies to the creation of characters and changing of events to create a more action driven narrative, both critics and consumers tended to have generally positive things to say about the film, garnering it 10 awards overall. 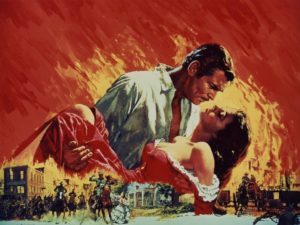 Set in the backdrop of the American Civil War, this 1939 film directed by Victor Fleming is far and away the most popular and top earning war movie of all time. The two part film is not only just a depiction of fictional characters dealing with the very real issues of war and reconstruction in the South, but also a commentary on racial and gender relations at the time of the filming, which in recent decades have been reviewed extensively. Often making the list for the top 10 films of all time, this film at the time won 8 awards, nominated for 13, and later given two honorary awards.