What happened to Gene Simmons-News & Updates 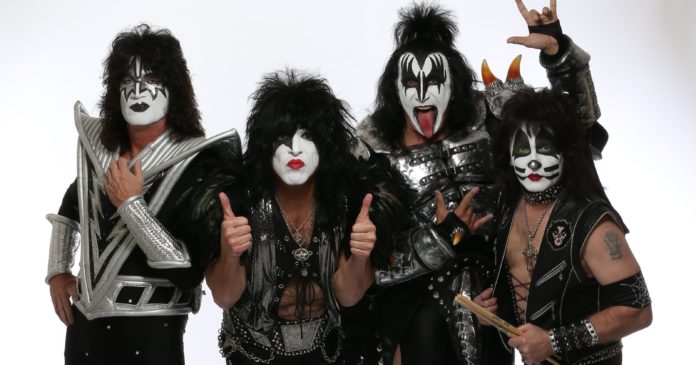 Gene Simmons, the founder and guitarist for the hit rock band “Kiss”, was once one of the biggest rock icons in the world. Throughout the 70s and 80s, Kiss was known all over the world and they were essentially the biggest rock group. Kiss was constantly selling out shows all over the world, but suddenly, the whole gimmick that Kiss was going for seemed to fall out of fashion. It suddenly seemed as though both Kiss and Gene Simmons fell off the face of the earth, but what have they really been up to? Has Gene Simmons managed to stay relevant in a way unknown to mainstream media?

How Gene Simmons Got Started – Before Kiss

Gene Simmons was not always Gene Simmons, he was born Chaim Witz in Isreal. He was born August 25, 1949. His family immigrated to New York City in his youth. Chaim would eventually go on to change his name to his more commonly known name, Eugene Klein. Prior to creating the insane rock band, he was actually the editor of the widely popular magazine, Vogue. He worked a lot of odd end jobs, and would even be a 6th grade elementary school teacher for about a year.

Gene Simmons commented that his family was really poor when he was growing up. This is what pushed Gene to have the work ethic that he would later on have. He was raised in a very Jewish household and this again would be some major influences on Gene and his music. Interestingly, Gene’s mother and her brother, were the only members of their family to survive the Holocaust, so these were very important people to Gene when he was growing up.

Eventually, Gene would see The Beatles perform many times in his youth and this was his source for inspiration. Gene himself actually said that “There is no way I’d be doing what I do now if it wasn’t for the Beatles.” Gene randomly flipped on the television one day and there they were. That television program would change his life forever. After seeing them on television, he would go on to start learning music and going to many different concerts.

Gene Simmons and his musical journey 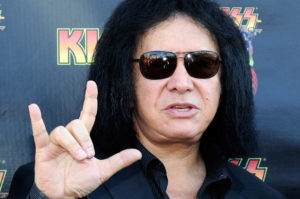 Simmons made his first band at the age of 16, they called themselves Lynx. This band would eventually disband. He would eventually go on to have many different bands and none of them seemed to have the dedication to the group. As time went on, Simmons was trying to balance his bands with university. Eventually, Simmons would join a band called Bullfrog Bheer, and this would be the start of his musical career.

Simmons would leave this ban and form another group with Stanley Eisen, or better known as Paul Stanley. Simmons would eventually recruit Peter Criss and Ace Frehley, and Kiss was born. Interestingly enough, Simmons actually put an ad in the paper for a lead guitarist, and that is how Ace Frehley got into the group. The group would name themselves Kiss, after Simmons’ grandmother.

Kiss would record their first self entitled album in February of 1974. This album was actually made in the house of one of the band members. This album would catch with the musical industry, and eventually would be picked up by a record company and start their musical journey.

All throughout the 70s, Kiss would tour around the world with their iconic makeup and drive crowds crazy. The makeup was actually an idea of Simmons as he was inspired from a comic book that he read while going to one of their local gigs. Nobody in the group would have guessed that this band would turn into something that everyone in the world would go on to recognize.

In the 80s, the band realized that their time was coming to an end, so they rebranded themselves without makeup, and their popularity surged again. Kiss would continue to tour until the late 90s, when drummer Pete Criss would have to leave the band due to a personal situation. The band replaced him, but the band was never the same. Kiss would continue to perform live all around the world up until 2002, where Kiss would go on their farewell tour.

Without a doubt, Kiss changed the way the music scene viewed rock music in the 70s. Everyone in this era knew of Kiss and their iconic makeup. No matter where you went, you would almost indefinitely hear a Kiss song and that was something the band thought was remarkable. 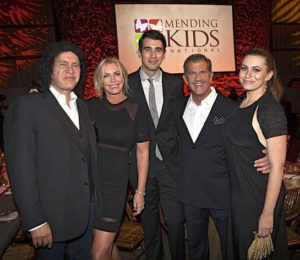 After Kiss, Gene Simmons was basically falling off the face of the music scene. He obviously did no pick up another band and his life would slow down compared to the fast pace lifestyle he used to live. Simmons is a comic book buff, so he would actually publish his own magazines, which very few people actually know about. He would publish these under a pseudonym to prove to himself that he had what it took to be a publisher, and not having to rely on his brand as a performer.

Simmons was also very outspoken in regards to politics. Simmons would take a trip to Isreal, his home country, in 2011, which would change his life. He said that he felt as though he was an outsider in America, and in Israel, he felt at home.  One thing that a lot of people do not know about Simmons, was that he was one of George W. Bush’s biggest supporters on his foreign policy. He was very outspoken about his pro stance on the invasion of Iraq, and created his very own political blog.

Obviously, all of the things that Simmons was doing after Kiss were very unlike his stage persona. A lot of the things that he was doing didn’t actually feature his name, because he felt as though his opinion would carry more weight if his brand was taken out of the equation.

More recently, Simmons got very into Philanthropy. Simmons would attend many different fund raisers, the biggest of which was Friends of the Israel Defense Forces, in which he raised about 30 million dollars. He also was a huge advocate for Child Fund International. He would use his brand to help this foundation raise a lot of money. Simmons also went to many foreign countries with the foundation to help with their work. Most recently, Simmons took a trip to Zambia to see how his work was affecting children’s lives.

Something else that a lot of people do not know about the once famous rock star, is that he actually owns his own Arena Football team. In 2013, him and Paul Stanley became owners of the LA Kiss Arena Football team, which is based in Anaheim California. Surprisingly, the team does very well and fans have said that seeing Gene Simmons at these games was one of the most amazing experiences of their lives. Simmons has been quoted of being a real down to earth, charitable person who totally shocks everyone he meets.