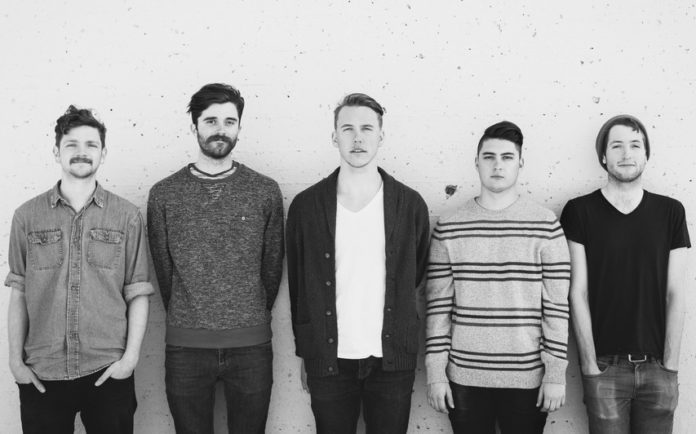 Relient K is an American contemporary Christian rock band, and they made quite a name for themselves during the mid-to-late 2000’s. Although much of their music is inspired by Christian rock and Christian punk culture, some of their music has become wildly popular even among a secular audience. Despite their impressive success during that time period, there have been years where they sort of go unheard from entirely. A lot of people know them for the music that they cranked out during the 2000’s, but are they still making music today? In this article, I’ll talk a little bit about Relient K’s rise to fame, and I’ll also provide a brief update as to what they’re doing today. It’s time to take a closer look into this band.

Relient K was first founded in 1998, with just three band members: Matt Thiessen, Matt Hoopes, and Brian Pittman. The band recorded a demo that caught the eye of the label Gotee Records, which ended up signing them. In 2000, they were able to release their self-titled debut album. Relient K attracted a modest amount of attention, but they didn’t really obtain renown until 2001 with the release of The Anatomy of the Tongue in Cheek, their second studio album. This album captured the attention of a lot of different Christian organizations, and the band was popular among Christian families for its ability to blend pop culture references with biblical lessons and stories. In 2002, the band was asked to cover VeggieTales song “The Pirates Who Don’t Do Anything” for a VeggieTales feature film that would release later that same year. Even though they were well-known in the Christian rock space, it seemed like Relient K wanted to expand even further. 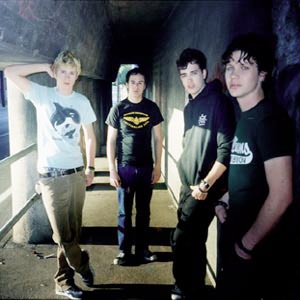 In the years to follow, the band would release a couple more albums, keeping up an impressive pace. In 2003, they released Two Lefts Don’t Make a Right…but Three Do, which was well-received by critics. This album earned Relient K their first Grammy nomination, being nominated for Best Rock Gospel Album. Two Lefts also ended up winning the Dove Award for Modern Rock Album of the Year. The success of this album was so encouraging that Relient K actually decided to release a Christmas album (entitled Deck the Halls, Bruise Your Hand) later that year. In 2004, they released Mmhmmm, which was arguably their first foray into mainstream music. Although the Christian undertones were still apparent in their music, the band had adopted a more serious and versatile sound, which appealed to a greater audience. This would prove to be the secret ingredient to the explosive popularity that Relient K would see in upcoming years.

With the release of Mmhmmm, Relient K had struck gold. Literally. In 2005, the album was certified gold for having sold over 500,000 units in the United States. The album was home to several singles, which performed pretty well in terms of mainstream airplay. Perhaps one of the most well-known songs to have come from this album is “Be My Escape”, which was certified platinum in November of 2005. To this day, Be My Escape is widely thought to be the most popular songs that the band has ever released. The song had a catchy pop-punk feel, and a lack of overt references to religion made it to where, during this time, a lot of people didn’t even know that this up-and-coming rock band had any ties to gospel. It was a well-produced song that offered a very broad appeal, and it put this band on the map forever. 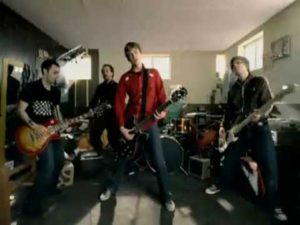 Following the success of this album, Relient K went on tour for a little while before they released another album. In 2007, they released Five Score and Seven Years Ago, determined to prove that they weren’t going to be a one-hit wonder. Although the album didn’t have any singles of Be My Escape-level proportions, it still enjoyed a modest amount of success. The second single off of the album, “The Best Thing”, was met with commercial and critical praise, and it helped Relient K to maintain a certain degree of popularity. Later that year, they re-released their Christmas album (with the additions of a few other songs on top of it) under the name Let It Snow, Baby… Let It Reindeer. This album was considerably more popular than their first Christmas album, and again, it helped the band to stay afloat. They were able to continue releasing music and tour as they saw fit, and they were also able to make it through various departures from members like longtime drummer Dave Douglas.

Still, they weren’t able to maintain this for very long. Between 2007 and 2016, the band released a grand total of three different albums: Forget and Not Slow Down, Is for Karaoke, and Collapsible Lung. Although these albums were still modest successes, and although Relient K still had a steadfast fan base among the Christian community, they weren’t able to shake the world like they were able to with the release of Mmhmmm. The album Collapsible Lung, in particular, was met with mixed reception by critics upon its release in 2013. Many argued that the content of the album seemed confused, and that the songs included in the album didn’t seem to fit very well together. The album still peaked at 16 on the Billboard 200 chart, the album did not contain any major singles. Many critics argued that Relient K lacked the explosiveness and freshness that they possessed during their early years. With all of that information in mind, what is the band doing today?

Superfans of Relient K should be relieved to hear that the band has not been deterred by their recent slip in popularity. Just this past July, the band released their eighth studio album Air for Free. The album has peaked at number 44 on the Billboard 200 thus far, and it has been widely regarded as a return to form for the pop rock band. Following the release of this album, Relient K has been on a tour throughout the United States for the past several months, and their fans are still as dedicated as ever. Even though they may not be selling platinum singles like they used to, this band has made it evidently clear that they intend on making music for a long, long time.