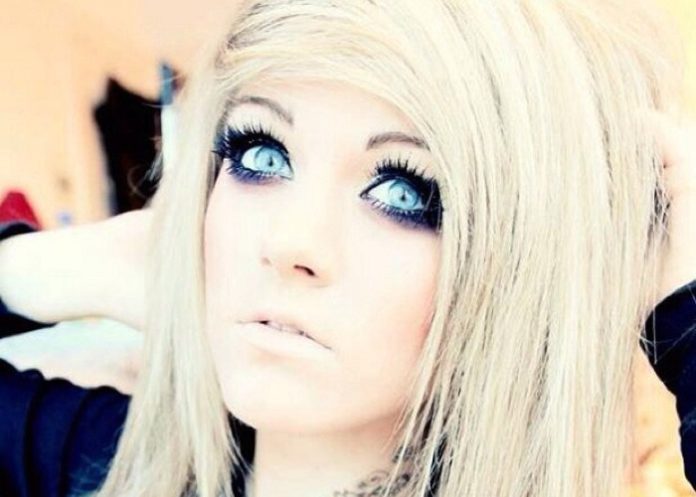 In July 2015 an American dentist by the name of William Palmer shot and killed an iconic symbol of Zimbabwe, Cecil the Lion. As distasteful as many animal-lovers found the situation, William was legally permitted to hunt in the area, and was ruled by Zimbabwean authorities as innocent of any crimes. He had merely been misled by his guides as to exactly where he had been hunting, and he was therefore innocent in the eyes of the law, but unfortunately the internet had other ideas. A campaign of hate against Palmer, his dental practice, and his family ensued. The internet hive-mind decided he was guilty and briefly his life was made hell, until the masses of drama seekers sought another target for their attentions. But it isn’t just negative emotions that can whip up an online storm, sometimes an internet personality can receive a sudden frenzy of attention for entirely well-intentioned reasons, yet the ultimate result can end up the same, the curious case of Marina Joyce is a perfect example of this.

Marina Joyce is a nineteen year old fashion blogger from Enfield, in North London, England. She began uploading lifestyle, fashion and make-up tutorial videos to her YouTube channel in July 2012 and her bubbly character, combined with her quirky, if slightly optimistic, outlook on life was appealing and endearing. Her fan base grew and by 2016 she had attracted over 600,000 subscribers to her YouTube channel.

Early in 2016 some of Marina’s fans began to notice a disturbing trend in her more recent videos, before she had been articulate and focused, if excitable, but her last few videos seemed to show a far more distracted individual. Her monologues had become repetitive and sometimes bizarre, her constant assurances that she loved her fans appeared over the top and forced, and her followers were beginning to grow concerned.

The worries of those who followed Marina online escalated when she released a video on July 22nd 2016 entitled ‘Date Outfit Ideas’, her behaviour appeared even more unusual in what should have been a simple video demonstrating a sponsors clothes, but Marina seemed uncomfortable and stiff in the spacious leafy garden of her suburban home, and for one fan it was all too suspicious, and he had to tell the World about the danger he believed Marina was in.

The anonymous fan had compiled a list of worrying points in Marina’s recent videos, it was a comprehensive list, covering a multitude of incidents in several videos, including what appeared to be a rifle in the corner of Marina’s room during a July 8th video, which would be highly unusual considering the UK’s strict gun laws. He also highlighted several instances throughout her videos where she had seemed worried, jumpy and constantly casting worried glances beyond the camera, but it was the ‘Date Outfit Ideas’ video that had finally caused him to speak out.

In the video he had noticed someone instructing Marina where to stand for her presentation, bruises on her arms, fearful glances beyond the camera, and most disturbingly of all, Marina whispering ‘Help me’. The fan considered the possibility that Marina was taking amphetamines, or ‘speed’, and that could account for her strange behaviour, but after weighing it up, he asserted the very real likelihood that Marina had been kidnapped by persons unknown, and even worse the kidnapper was controlling all of Marina’s social media output.

By July 25th the posting had been viewed more than half a million times, and #SaveMarinaJoyce became one of the top trending hash-tags on Twitter within 24 hours. A multitude of YouTube videos appeared examining the available evidence, and even though it appeared flimsy at best to many, a large number of fans became seriously concerned. One phoned the Enfield police to report that Marina was in danger, he recorded the conversation and uploaded it to YouTube, the police receptionist sounded professional, but unconvinced.

Marina meanwhile was giving off mixed signals, as her subscriber count on YouTube rocketed past one million, a fan asked if she was OK on her Facebook page, she responded ‘Yes’, and then a second time with ‘No’. The second response disappeared within minutes but one alert fan had taken a screen-shot, and the frenzy of attention from worried fans increased even more. A popular YouTuber, Daz Black, claimed to have spoken with Marina, and he confirmed that she was fine. Fans were still not convinced and bombarded Black with skepticism. Marina invited fans to meet her at an early morning party in London the following week, but within an hour Daz Black had tweeted a cryptic warning to fans, telling them not to attend the meet-up, and to ‘Let the police handle this’. Another user claimed that the Bethnall Green area of London where the party was to be held was dangerous and the scene of frequent shootings. Bethnall Green residents pointed out the complete lack of accuracy about the statement, but their voices were drowned in an online wave of speculation. A few people began to speculate that ISIS had been the ones to kidnap Marina.

The Police Get Involved in The Marina Joyce Case

More calls for the police to investigate the matter flooded the Enfield Metropolitan Police Twitter account and soon they were forced to take some kind of action. Early in the morning of July 27th Enfield police finally put the matter to rest for once and for all, by tweeting ‘Officers have visited YouTube user Marina Joyce. She is safe and well’, and that should have been the end of it, but a large number of people had begun to notice even more inconsistencies in Marina’s previous postings and videos by now, and ‘The Marina Joyce Conspiracy’ began to appear in many dark corners of the internet, and the speculation continued to grow.

By July 28th Marina’s subscribers on YouTube had jumped to above 2 million, up 1.5 million in just three days. She appeared in a live stream for about an hour in order to allay concerns for her safety, but the platform crashed for many interested viewers due to the amount of attention it received and they were unable to see the show for themselves. Several misleading screen shots appeared, apparently showing a masked figure behind Marina, or reflected in her eyes, but many of them were just the work of pranksters, either faked or deliberately giving the wrong impression. Others appeared to still be genuinely concerned for Marina’s safety, but she steadfastly maintained that she was fine, although every moment of her appearance was scrutinized for further clues. Many new inconsistencies appeared for those who wanted to see them badly enough.

On July 29th Enfield Police tweeted that they had once again spoken to Marina Joyce in person, and that she remained perfectly safe. Finally the message that Marina had not been kidnapped began to filter through, and the swarms of interested followers of the story began to turn on Marina herself. The #SaveMarinaJoyce hash tag was replaced by #BoycottMarinaJoyce as Marina was bombarded by accusations of the whole thing being a publicity stunt. Marina had insisted she was fine throughout the drama, one fan asked why she had not addressed the concerns of viewers properly, Marina replied that she didn’t think it was that important, and reminded him that she had been insisting she was safe for days.

With the second tweet from Enfield police the attention gradually drifted off, most were convinced that Marina had not been kidnapped, but the general consensus seemed to be that it either had been a publicity stunt, or that Marina Joyce was suffering from a mental illness, as evidenced by her recent erratic behaviour. Marina was accused of drug-use and attending raves, and the early morning party she had invited followers to had been a rave style event, as many pointed out. But few bothered to check the events website for themselves, it clearly showed that the event was an alcohol-free early morning dance party, with fruit-juice galore, but not an ecstasy tablet in sight, it just wasn’t that kind of rave.

With Marina’s subscriber count levelling out at about 2.2 million, and the ‘Date Outfit Ideas’ video now viewed over 35 million times, considerably more than the average 40,000 views she had received on most of her videos before the storm, Marina continued to put out more videos, and even though all but the most deluded fans finally admitted that she obviously wasn’t being kidnapped or coerced in any way, her speech patterns were even more bizarre, repetitive, and at times almost incomprehensible. Her millions of new followers on YouTube were not all there for the fashion advice either, many of them appeared to only be interested in speculating on her mental condition. Marina’s new found popularity on YouTube has altered the engagement experience that she enjoyed with her fans previously, beyond all recognition.

And at that point the story of Marina Joyce probably should have ended, but Marina’s eccentric behaviour didn’t stop there. On August 7th she posted a bizarre update on her Facebook page, declaring that she wanted to be a ‘God like Buddha’ from now on and wanted to be called ‘Goddess Marina’. She explained that she had obtained secret knowledge about ‘The Afterlife’ and could contact the dead, or at least she could contact ‘humans during the afterlife’, which I took to mean speaking with the dead. From that point on things became even more strange – Meditation, Crystal healing and spiritual guidance were all mentioned, but the culmination of the whole post came when Marina revealed that she wanted to build a temple, in Peru. She did ask her followers to contribute towards the costs of the project, but this was not an attempt to scam her fan base, this was a serious request from someone with an extremely lofty vision of how she could make the World a better place, and by doing that, Marina asserted that she would be able to ‘Live forever’.

Whatever Marina’s mental state is at the moment, it’s clear that if her post was sincere, then she appears to be suffering from delusions of grandeur, which although in itself is an indication of a bi-polar disorder, it’s also a symptom of many other things, some of which are quite common. Perhaps now, with the frenzy of attention directed somewhere else, cyberspace can let Marina Joyce get back to being what she really wants to be, a slightly quirky and sometimes eccentric fashion blogger, for if she does have any other deep-seated issues, surely that’s for her friends and family, the ones who really know and love her to deal with, rather than the concerned masses of fans who don’t really know her at all. Everybody is entitled to privacy, even if they are on the internet.