The Bear and the Rat Update – What Happened After Shark Tank

The Bear and the Rat Before Shark Tank

Matt Meyer had the idea for the Bear and the Rat when he was just eight years old, even if the name for it did not come until later. He and his family would go to a local ice cream shop every Sunday with his family and his poodle, Babette. He wanted families to be able to have that time with their pets without sacrificing their digestive health. Let’s take a look, and see if the Sharks think their dog ice cream is worth an investment.

The Bear and the Rat on Shark Tank 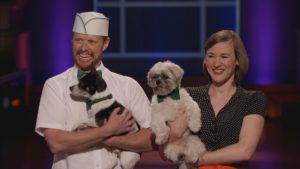 In their introduction video, Meg and Matt introduced themselves as they played with their dogs, which they call the Bear and the Rat. The couple insisted that the dogs were like their children since they did not have kids yet. The dogs inspired their business since human food made them sick. The video panned to the pair serving treats to a whole pack of dogs in their backyard. Matt said that they need the Shark’s help to get their dog’s treats out to their waiting target market.

The couple walked out into the Shark Tank carrying their dogs, who were the namesakes for The Bear and the Rat. Lori and Robert cooed at the dogs. Robert told the couple that it was the cutest dog he’s ever seen and said that every dog is the cutest he’s ever seen. Robert laughed Meg Meyer introduced herself, and her husband Matt, as well as the dogs. She said that she was seeking $125,000 in exchange for 20% equity stake in their company.

Matt continued, stating that ice cream was usually bad for dogs because it upsets their stomach, and the sugar is too rich for them. He decided to come up with something that would be beneficial to their digestion, as well as their immune system. Meg said that people enjoy spoiling their dogs. The dog known as the Bear was almost 14 years old and got ice cream whenever Meg was eating ice cream. Meg said that the dogs love The Bear and the Rat frozen yogurt.

Both of them place the dogs on the counter, and the dogs immediately went o the open pints of ice cream. Meg said that there were three different flavors available to the dogs – “Banana Peanut Barker,” “Bacon Peanut Barker,” and “Choco-not.” Matt looked genuinely delighted to see his dog enjoying himself. Robert also looked amused. Matt said that investment from the Sharks would strengthen their business financially, but they would be able to provide insight and expertise. Meg asked the Sharks if they had any questions.

Kevin raised his hand and said that he had questions. Meg laughed and stated that she was sure it was about the money. She must’ve come off as a little patronizing because Kevin told her he was just pragmatic. He said that they were basing all of their brandings around these two dogs, but one of them was 14!. Kevin said that the Bear would be “Snuff city” in 24 months. He was wondering if they had a Bear backup. Tactful.

Luckily, Matt and Meg seemed to expect this, and they were laughing heartily. Matt said that they loved the Bear, and Meg said that the Bear of the Bear and the Rat would always be part of the story and part of the legacy. Lori asked if it was ice cream. Matt was holding a tray of pints, and told her that the ice cream was human grade, and asked if she would like to try it. Mark looked concerned and said that he didn’t want to. Matt passed out the pints, saying that they should go Banana Peanut Barker over the other flavors. Matt told them that the “ice cream” doesn’t have any added sugar, but it was just enough flavor “to get their tail wagging.”Kevin tried it with a sour expression on his face. Lori and Robert had similar reactions as Matt tried to tell them that the ice cream had natural banana sugar in it. Robert did not look impressed. Meg exclaimed that he tried the bacon, which was probably a mistake. Robert said that it was awful.

Daymond stated that he was the one that sits between Mark, which he called the Bear, and Kevin, who, of course, was the Rat. Daymond wanted to know if they had any distribution at the moment. Meg said yes, but that it was pretty regional. She started explaining that they were from Colorado as Robert snuck up onto the stage, and lured the Rat back to his seat with the bacon ice cream. Meg said that they’ve been on the market for about a year. After four months, they were able to get their products onto the shelves at Whole Foods and other markets in the Rocky Mountain area. While she was speaking, Matt was laughing silently at Robert’s antics. Robert attempted to pick up the dog after he jumped off of the leather seat, and the dog was having none of it. He squirmed in a circle on Robert, trying to get down.

Unable to hold him anymore, Robert dropped him and then ran after him with his arms outstretched as the dog hightailed it back to Matt. Meg laughed and said that the Rat was very athletic. Robert pets the dog while he was in Matt’s arms, crooning his apologies. Thankfully, the Rat did not seem like the bite type. Meg told him that he had to make an offer now that he dropped their dog. Kevin tried to reign in the situation and get back to business.

Meg told the Sharks that they made over $30,000 in sales in the last year. She said that she was aware that it was not a significant number. Meg stated that the Bear and the Rat were at the largest natural foods trade show last year, and the response was overwhelmingly positive. Robert wanted to know if they’d gotten any orders. Meg told him no orders, but they did “cultivate relationships.” Robert informed them that that was not a good sign. Meg said that it takes a bit more time for a frozen product to catch on. Kevin asked them if that was their excuse for having an unacceptable sales number.

Mark said that it was harder than that. There is only so much freezer space in retail locations, and people fight over it. Robert asked how they planned to overcome that challenge. Matt told him that people connect with the packaging. Mark yelled that no one sees the packaging and becomes overjoyed. Lori laughed, and Robert said that looking at the package did make him happy. Kevin did not look amused or delighted. He asked Matt why he thought the business was worth so much $600,000 when they’ve only done $30,000 in sales. Meg said that it was a goodwill valuation. Kevin smiled and asked them how they thought it was going. Everyone laughed. Kevin continued, stating that all the investors were laughing, that’s not good.

Matt tried to tell them that it was a fun product, but Daymond was having none of it. He asked the pair to guess what he was going to say next. Meg asked if he was out, and he nodded. Kevin stated that their valuation was 21x sales, and even their dogs were unhappy with it. Meg tried to tell him that the dogs were just fine, but he was not buying it. Kevin asked them again why they were asking for so much. Meg said that they were working with an advisor, who was direct of a natural foods company. Kevin said that it shouldn’t matter because he was not the one writing the check. Meg stated that she realized that.

Mark said they should never take advice from someone that doesn’t have to live with the consequences of what they are suggesting. He stated that they misvalued the company, and he was out for that reason. Matt said that they were willing to negotiate if it helps. The remaining Sharks laughed. Kevin said that the category was too small, and the business was not investable. He went out. Lori stated that she loves the two of them, and knows that there is a market for the product. They just need to give it time and keep pushing it. She went out.

Robert said that they had great packaging, and he liked the name. He considered, saying that The Bear and the Rat made him laugh. He stated that they were good operators, and they apparently believe in their product. He especially loves the dog, but he cannot get the value. Robert went out but had a small request. He asked Matt to get the dog to do a trick before they left, and Matt got the Rat to high five him.

As they left the stage, Daymond asked Robert what exactly he was doing. Robert said that he was so tired of the four of them, and he thought that the dog would enjoy some company. Let’s see how The Bear and the Rat were able to survive without an investment from the Sharks. 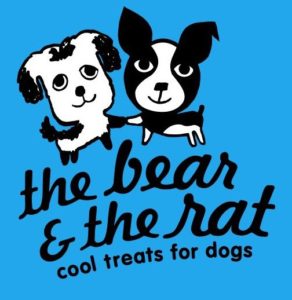 Despite not getting a deal on Shark Tank, the Bear and the Rat website nearly crashed. Shortly after, they were able to achieve national distribution. Unfortunately, Kevin’s predictions came true, and the Bear passed away in 2014. In 2015, Meg did an AMA (ask me anything) on Reddit, and let on that hey would be releasing a new shelf-stable pet product on Amazon.