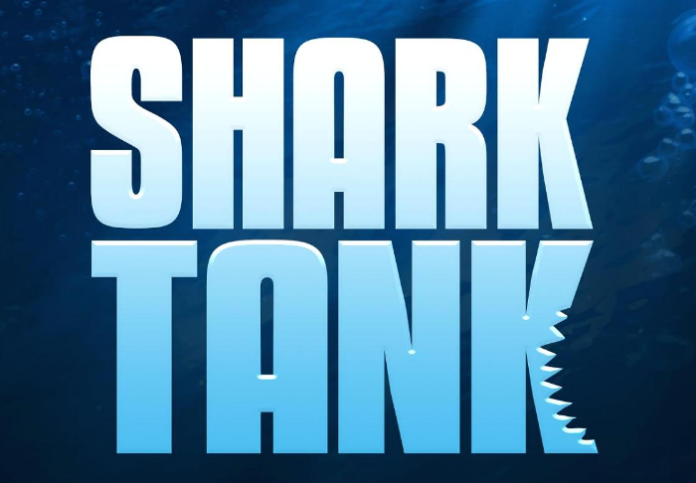 Mona and Scott were able to market an ecofriendly new substitute for laundry soap. They got some friends together and started packaging the Eco Nuts in their living room. Would the Sharks bite on this innovative new idea? Lets take a look. 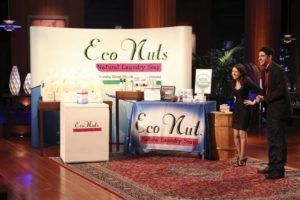 Mona Weiss and Scott Shields introduce themselves to the Sharks after they walked out into the Shark Tank. They said that they were seeking $175,000 in exchange for 15% Equity stake in their company, Eco Nuts. Mona explain that Eco Nuts is a line of environmentally friendly cleaning products. Each of these products is packaged with little to no plastic. She told the sharks that she knew that they were thinking that go nuts was just another green cleaning company. She insisted that their business was totally different. Mona told the sharks that Eco Nuts was certified organic and based on organic Berry from the Himalayas that naturally naturally produces soap. Mona explained that this was called a soap berry, or soap nut. That is where the name Eco Nuts comes from.

Scott told the sharks that you can used the nuts as a laundry soap by placing them in a pouch. When the part comes in contact with water, it really it releases a natural soap and cleans the clothes as it gets a good shaking around.  Mona demonstrated this effect by placing one of the soap nuts in a jar of water. She put a lid on the jar and shook it. This turned the water a soapy white. Robert asked why it didn’t just disappear. Mona explained that each soap nut has up to 10 uses. Mona held up a box of soap nuts, and shook it. She told the shark that that small box does up 2 years worth of laundry, and replaces 10 bottles of detergent. Scott told them that now is the perfect time to invest because Americans spend over 70 billion dollars a year on cleaning products. Scott said that they could not only make money, but also help save the planet. He asked the sharks who wanted to invest.

Daymond asked why exactly it was the  perfect time to invest. Mona told him that they were the first the mainstream market with the soap nuts. She said that  Eco nuts would be everywhere.  Scott started to say that they had captured 90% of the soap berry market, but Mark stopped him. Mark wanted to know if there really was a soap berry Market. Scott told him that there was, believe it or not. Robert asked him what percentage they had of that market, and Scott told him 90%. That took them less than three years to achieve. Damon want to know how big the soap Berry Market was. Kevin ask them how big it was annually. Scott said it was about a million dollars per year in America. Damon to ask them if they had $900,000 in sales. Scott told him they did not. He looked sheepish. The Sharks laughed. Kevin told him to put one of the soap berries in his mouth right now.

Robert just wanted to get back to business. He asked if they could get back to the point about the 90% market share. He asked the entrepreneurs how much that equates to in terms of sales. Scott told him that they did $100,000 in sales last year. He continued, stating that they were on track to do $250,000 this year. Daymond wanted to see a sample. Mona scrambled to get out the samples that they had brought for the sharks. She started handing them out, and Mark called her a champ.  Barbara asked if the pair were married, and Mona told her that they were engaged. The Sharks all congratulate her, but Mona stopped them. She said that she had been engaged for 5 years. Robert wanted to know why a guy would stay engaged for 5 years.

Mona told him that they were not using the investment money to get married, but to bring the business to the next level. She said that that would allow them to get married. Kevin told them that assuming the business takes off, they were guessing that Eco nuts would maintain their dominance over the market. Mona told him that they had a proprietary sterilization process. Mona told the shark that when they first started processing the berry is with their friends, they were all starting to get sick. They sent the berries off to the lab, and found out that they had stuff on them. Daymond asked them sarcastically if they had to get there nuts sterilized. Kevin asked if they had monkey poop on them. Mona said that they did. Scott said that it was very difficult to find organic sterilization processes, and that’s where the proprietary part came in.

Daymond told them that their numbers did not add up. They said that they had 90% of the market, they did $250,000 in sales, and they are asking for a million dollar valuation. Daymond wanted to know where that number came from. Mona said that they came up with the valuation because they had doubled and tripled their sales in the past year. She said that they started their business with only $1,000. They made $10,000 in their first year without having to put any more money into it. The next year they made $40,000. Kevin told her that they still weren’t making any money, but Mona insisted that they made over $100,000 that year already. Barbera wanted to know how they secure their customer base. Mona told her that she was a social media Ninja. She bragged that she had more fans on Facebook then Barbara did. Barbara said that she was insulted and out. Mona begged her not to go out yet. Barbara laughed and said that she was only kidding.

Kevin inform them that they would need to spend a lot of money educating people who were unfamiliar with soap nuts so that they would buy their product. Kevin told them that it was going to be a tough haul.  he told them that their company was not worth a million dollars today. He said that they weren’t making enough money, and they weren’t even married yet. Kevin said that if he was to give them the investment of $175000, he would have to own the business. he went out. Damon said that he was still trying to understand how they could be number one in the market. Robert informs Scott that he should not have said that.  Mona inform the sharks that the market was really not a million dollars. Robert asked Scott how he didn’t know the numbers. Damon told them that they shouldn’t be making those assumptions which led to mistakes. He went out.

Scott asked who was still left, and address to Robert. Robert informed him that he needed to know the numbers for his own business. He told him that he couldn’t come out and make these wild claims, when they really only own 10 to 15% of the market share. Robert said that he would like to get into the business because he could see it growing. He has to 2 what possible offer he could give them that would make sense from a numbers perspective. Robert said that it wasn’t a 1.2 million dollars today. He offered them $175,000 in exchange for 50% of the business. He asked them if they would consider that. Scott told him that he would consider it, but wouldn’t take it. Mona told him that for 50%, she would expect him to be working 16 hours a day on the business like they do. Robert look shocked, and asked her to repeat herself. Mona looks like she knew that she had overstepped. It did not stop her from repeating herself. Robert informed her that she he worked 24 hours a day on his business for the privilege of being up on the stage, and listening to entrepreneurs like her. He went out.

After that, Mark did not mince words. He told them that he thought their marketing was horrible. He said that he didn’t see anything that would convince him that their product to the different. Mona sounded surprised, and said that he would be using various to clean his clothes. Mona repeated that the sterilization is what made them different. Mark pointed out that they didn’t mention that on there product Packaging. The left left out their competitive advantage. Scott tried to say that when you look at the boxes you would know that they were different, but Mark wasn’t having it. Scott tried to say that it was hard to advertise like that when they were such a small business. Mark informed him that he was just making excuses. Excuses don’t get you anywhere. I told them that their packaging sucks. Scott tried to say that they climb to number one in a competitive market, and Mark just said that when he’s done patting himself on the back he needs to look at at his marketing. He went out.

Mona looked to Barbara. Barbara said that the best part of their pitch was that they were a really good couple, and informed them that it only took an hour to get married. She told them that the Eco nuts name was great, but that was the only good thing about the product. She said that they didn’t do good at representing the product. She went out. Mona and Scott thanks all of the sharks period before they were done with that, Kevin butted  back in. Kevin said that he agreed with Barbara in that their pitch was terrible, but he was moved by something that she said. He asked Mona and Scott if they would like him to marry them right on the show. Mona looks shopped, and asked him if he could really marry them. Kevin said of course he could, he was Mr. Wonderful. Mona appeared to consider it, but said that her parents would kill her. Kevin told her that he apologized, but now they leave with nothing. As they left, Daymond yelled after Scott to marry that woman. In their exit interview, Mona said that she knew that the 90% it was a mistake, but she didn’t want to interrupt Scott. If she had, they might’ve gotten a deal.

If you are looking to buy this product, it is still available on Amazon for $7 per pouch. The unique product is still sold on their website.  According to the Associated Press, Eco Nuts was able to hit the million dollar mark. After the show aired, they ended up shipping out Eco Nuts constantly. It’s lucky they were able to both be successful and hold on to all of their equity.