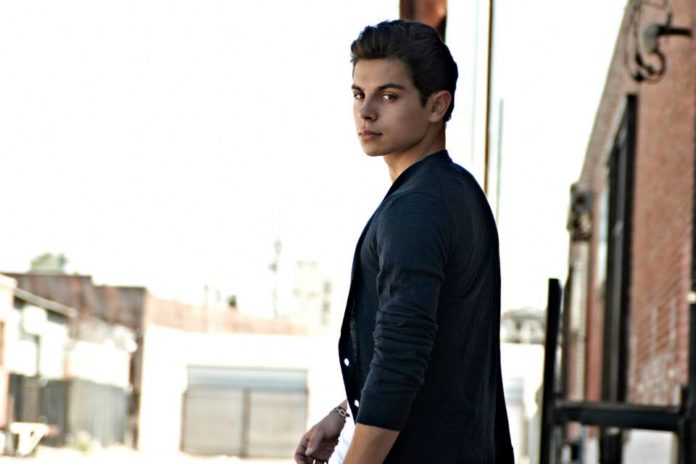 Jake T. Austin is one of many modern entertainers who got his start at a very young age. His Hollywood career kicked off when he earned a role on the Disney channel sitcom Wizards of Waverly Place. For a child actor, having a recurring role on a popular Disney show is about as good as it gets. But what did Austin do with this fame once the program ended? In this article, I’ll talk about how Jake T. Austin’s career grew into what it is today, and I’ll also provide you with an update as to what he has been doing in this last year. Without further delay, let’s take a closer look at this former child star. 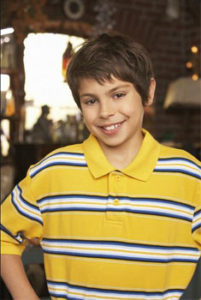 Jake T. Austin was born as Jake Austin Szymanski in December of 1994, in New York, New York. He became interested in the entertainment industry at a very young age, and by the time he was around eight years old, he was already appearing in commercials. These weren’t actual credited roles, though — just a way to develop his portfolio a little bit. Austin’s first credited role came when he had a small part in a sketch on The Late Show with David Letterman. His first big break would could a couple of years down the road, though, in 2004. In that year, he landed a voice acting role, playing Dora’s cousin Diego on the popular children’s animated television show Dora the Explorer. His work was well-received, and Diego eventually received his own spin-off show (Go, Diego, Go!), which Austin provided his voice for for a few seasons. This was his first major, recurring role in a television program, but it certainly would not be his last.

Outside of Go, Diego, Go!, Jake continued to work as a voice actor for a few other major productions, including The Ant Bully and Everyone’s Hero. (He had the lead role in the latter.) Not only that, but his increasingly impressive resume helped him land a starring role in the live-action film The Perfect Game. Due to struggles during post-production, this movie didn’t end up releasing until well in Austin’s later career. However, it still showed people that he was a young actor who was capable of starring in serious, demanding productions. All of this work helped to show that Jake T. Austin was a versatile and talented child actor, and he eventually grabbed the attention of Disney in 2007. He played a major role in the 2007 Disney film Johnny Kapahala: Back on Board, which helped him to establish a vital tie to the powerhouse production company. This would prove to be very useful in the months to come. 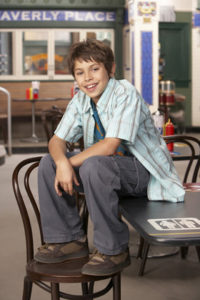 In the same year that Johnny Kapahala: Back on Board released, Austin was cast as Max Russo in the new Disney fantasy teen sitcom Wizards of Waverly Place. Austin’s character was the youngest sibling of the wizarding family, which also included the likes of Selena Gomez and David Henrie. Wizards of Waverly Place was an extremely popular show on the program, and Austin played one of the more popular characters. As is the norm among Disney stars, while he appeared on this show, he also made appearances in many other Disney productions. These productions included the likes of Happy Monster Band, Wizards of Waverly Place: The Movie, and The Suite Life on Deck. His relationship with this entertainment giant was proving to be a very, very beneficial one.

Not only that, but Austin was also able to appear in things that weren’t Disney-affiliated. One of his most notable roles during his early career was as a main cast member in the 2009 Nickelodeon film Hotel for Dogs, a box office success where Austin co-starred alongside Emma Roberts. By this point in his life, Jake had already established himself as a big name in child acting. Between 2006 and 2010, he earned multiple Young Artist Award nominations and Teen Choice Award nominations for his work in Wizards of Waverly Place, which had become a flagship program for the Disney Channel. It wasn’t like Jake was attracting attention for appearing in bad television. In 2009, the show earned an Emmy for Outstanding Children’s Program. It would go on to win that same Emmy in 2010 and 2011, cementing its legacy as one of the more successful and well-received shows that appeared on the Disney Channel. 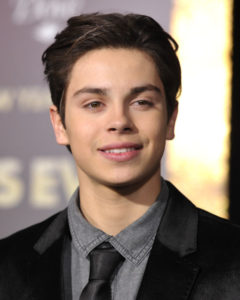 However, all things pass, and the same is true of sitcom television. In 2011, Wizards of Waverly Place saw its farewell season. When it concluded, the show was one of the longest-running programs that Disney had ever seen. It was a big deal, and although it had passed, Jake T. Austin was still determined to ensure that his career would continue to grow past it. Following the conclusion of Wizards, Alex did a little bit of freelance work, so to speak. He had yet to nail down another major recurring role, but he was still lending his talent to productions like Rio, New Year’s Eve, Khumba, Law & Order: Special Victims Unit, and Drop Dead Diva. In 2013, he also ended up briefly reprising his role as Max Russo in the Disney TV special Wizards Return: Alex vs. Alex.

In that same year, he ended up briefly settling down with another recurring role, playing Jesus Foster in the ABC Family drama The Fosters. This would be the first major dramatic television role that Austin would receive, and he seemed to flourish in it. His performance as Jesus was praised by critics, but in 2015, he announced that he was leaving the show following the second seasons, and he has since been recast. That chapter of his career was over, and he was having to move on to other things. So, with all of that history in mind, what exactly is it that Jake T. Austin has been doing for the last year?

As it turns out, Jake has been pretty busy on both the film and television side of things lately. Earlier this year, he was announced as a contestant on the 23rd season of the competitive reality television show Dancing with the Stars, where he would be competing alongside Jenna Johnson. Despite his best efforts, he ended up being eliminated in the first week of the show. Outside of that, he also provided his voice for the direct-to-DVD animated film Justice League vs. Teen Titans, where he played Blue Beetle. Not only that, but earlier this spring, he wrapped production on the 2017 indie film The Valley, a film where he played a main role. This would add another credit to his expanding portfolio as a dramatic actor. Although he may not be getting into any antics on the Disney Channel anymore, that isn’t to say that Jake T. Austin isn’t still making a name for himself in the entertainment industry.