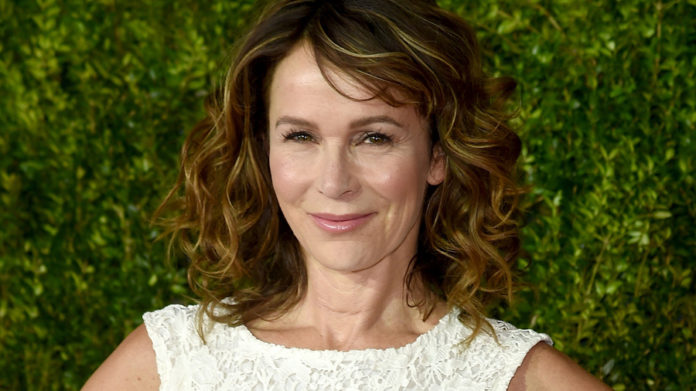 Jennifer Grey is an American actress who rose to fame during the late 80’s for her role in the film, Dirty Dancing. Hailing from a family that’s involved in the entertainment industry, she took up activities such as music and art during her school days. Eventually invited to appear on television commercials, she began her career in the show business in an advertisement for Dr. Pepper at the age of nineteen. Determined to improve her acting, she later enrolled in training classes at the Neighbourhood Playhouse in Manhattan for two years after graduating from high school. After a few years of hard work and perseverance, Grey landed her first on-screen role in the romantic drama, Reckless in 1984, which also served as her film debut. Later that same year, she guest starred in a couple of smaller movies including Red Dawn (1984) and The Cotton Club (1984).

Slowly gaining traction as a new actress, Grey eventually received her first major role on the big screen in the teen comedy, Ferris Bueller’s Day Off (1986). Although the movie was nothing short of a success, it wasn’t until she starred in the coming-of-age romantic drama, Dirty Dancing opposite of actor Patrick Swayze, that she reached celebrity status; it remains to be one of her most well-known roles to this date.   Praised for her performance in the film, it also earned Grey a Golden Globe Award nomination for the category of “Best Performance by an Actress in a Motion Picture” in 1988. Since then, she has appeared in a multitude of films and television series including Its Like, You Know… (1999), John from Cincinnati (2007) and Phineas and Ferb (2008). A talented women, Grey has also received four Bravo Otto Awards for “Best Actress” as well as a nomination for a Behind the Voice Actors Award for her voice-over work in the Japanese animated film, The Wind Rises (2013).

Considering her popularity in the industry, it’s not surprising that Grey has been featured in a number of talk shows throughout the years such as The Daily Show (1999), The Rosie O’Donnell Show (2000), The Tonight Show with Jay Leno (2010) and The Meredith Vieira Show (2015), to name a few. Gifted in the art of dancing, the actress also participated as a contestant on the eleventh season of ABC’s dancing competition, Dancing with the Stars in 2010. Paired up with professional dancer Derek Hough, the two received much applause for their dance moves; Grey eventually out danced actor Kyle Massey in the semifinals and came out as the celebrity winner in November 2010.

So what has the New York actress been up to since her win on Dancing with the Stars? What has she been involved with as of late? What happened to Jennifer Grey? Where is she now in 2018?

Jennifer Grey’s Childhood and Eventual Start in the Show Business 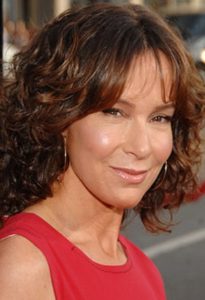 Born on March 26, 1960, in New York City, New York, Jennifer Grey is the daughter of Jo Wilder and Joel Grey, the latter of whom is an Academy Award-winning actor; she has an older brother named James Katz who currently works as a chef. The daughter of two talented performers, she took up many things as a child including art, music and acting. Catching the attention of those around her with her natural knack for performing, she was invited to audition for various television commercials during her teen years. Following through with the invitation, she later appeared on the small screen for the first time in an advertisement for Dr. Pepper at the age of seventeen. As a teenager, Grey attended a private school located in Manhattan called Dalton School where she took classes in both acting and dancingーit was also there that she met Tracy Pollan, her future best friend.

After graduating from Dalton in 1978, she studied acting at Manhattan’s Neighbourhood Playhouse for two priors, during which she supported herself by working as a waitress in a local restaurant. A few years later, she made her official debut as an actress when she appeared in a minor role in the crime drama, The Cotton Club (1984). Shortly afterwards, she made an appearance in the American war movie, Red Dawn (1984). 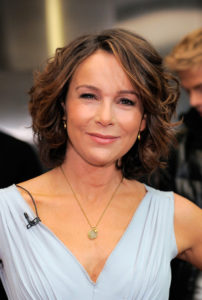 Following a series of minor roles in various films, Grey landed her first major role in the comedy flick, Ferris Bueller’s Day Off, alongside actor Matthew Broderick. Directed and co-produced by John Hughes, the teen comedy revolved around a high school slacker named Ferris Bueller, who decides to take a day off of school on his own accord despite the disapproval of the principal. Released in theatres in June 1986, the movie was known for often breaking the fourth wall, as Bueller often did so to explain his inner thoughts. While Broderick played the role of Bueller, Grey portrayed the character of Jeannie Bueller, his younger sister; other starring actors include Mia Sara, Alan Ruck and Jeffrey Jones. Highly successful upon its release, Ferris Bueller’s Day Off soon became one of the top grossing films of 1986, having earned over $70 million at the box office. Universally acclaimed, it later spawned a television series in 1990.

The next year, Grey received another break in her acting career when she was cast as a title character in the romance film, Dirty Dancing. Starring alongside Patrick Swayze, with whom she’d worked previously with in the 1984 movie Red Dawn, the actress played the leading female protagonist of Frances Houseman while Swayze portrayed the character of Johnny Castle, her eventual love interest in the film. Despite being a low budget movie, Dirty Dancing was a massive success; not only was it the first blockbuster to sell over a million copies on home video, but it also grossed a staggering $214 million across the globe, from a $6 million budget. Achieving international fame, it has since been dubbed as “The Star Wars for Girls” amongst fans. For her performance in Dirty Dancing, the actress received a Golden Globe Award nomination for “Best Performance by An Actress in a Comedy Motion Picture” in 1988. To this date, her portrayal of Frances remains to be one of the most defining moments of her career.

Following the success of Dirty Dancing however, her popularity and fame began to stall. Throughout the early 90’s, she appeared in a number of small television films including Murder in Mississippi (1990), Criminal Justice (1990), If the Show Fits (1990) and Eyes of a Witness (1991). In 1992, she returned to the big screen once again in the movie, Wind which also starred actors Cliff Robertson and Matthew Modine. Directed by Carroll Ballard, sport film revolved around protagonist Will Parker, who after losing in the world’s biggest sailing competition, becomes even more determined to win it back by forming his own syndicate. Despite its star studded cast, Wind was considered a box office flop, having only grossed $5.5 million from a $29 million budget.

From there, Grey returned to making minor appearances on television and film in the mid 90’s; some of her works from that period include A Case for Murder (1993), Fallen Angels (1995), The West Side Waltz (1995), Portraits of a Killer (1996) and Lover’s Knot (1996). Perhaps the most well-known series that she took part in during that time was the dreadfully popular American sitcom, Friends. First broadcasted on NBC in September 1994, the Primetime Emmy Award winning series can easily be regarded as one of the most TV series of all time. Grey made her appearance in the initial season of Friends, in an episode entitled The One with the Evil Orthodontist, playing the guest role of a character named Mindy. 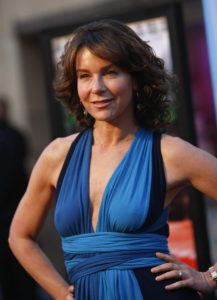 During the late 90’s, Grey continued to partake in a number of smaller productions such as low-budget films and TV movies. In 1999, received another break when she was offered a major role in the ABC sitcom, It’s Like…, You Know. Starring Chris Eigeman, Steven Eckholdt, A.J. Langer and Evan Handler in the lead parts, the series was also notable for featuring Grey as she played the role of herself. Set in Los Angeles, the comedy revolves around a writer named Arthur Garment, who after moving to L.A. to write a book about how much he loathes the city, eventually finds himself surprisingly growing fond of his new surroundings. It’s Like…, You Know premiered in the spring of 1999 and continued for two seasons before being cancelled in January 2000 due to low ratings.

After a prolonged break from the big screen, Grey starred in the action film, Tales from the Crypt Presents: Ritual in the early 2000’s alongside co-stars Craig Sheffer and Tim Curry. The final spin-off of the HBO series, Tales from the Crypt, the horror movie revolved around Dr. Alice Dodgson (played by Grey), a physician who after getting her medical license revoked following the death of a patient, finds herself as a target in a voodoo curse. Based on the 1943 horror flick, I Walked with a Zombie was released in foreign countries between 2001 and 2002; in the United States, the film was not released in theatres, but was instead released directly to DVD. 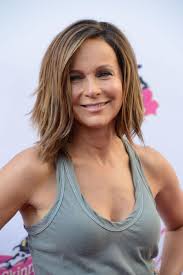 This year, the actress has been reprising her role as Judy Meyers in the web series, Red Oaks. First released online via Amazon Video in October 2015, the comedy revolves around the life of a young student named David Myers, a professional tennis player who works at the prestigious Red Oaks Country Club in the summer of the 1980’s. Applauded for its “funky retro-eighties distinctiveness”, Red Oaks released to mostly positive reviews from critics and currently holds an above average rating of 81% on Rotten Tomatoes. In it, Grey plays the role of Judy Myers, David’s mother; other cast members include Gage Golightly, Ennis Esmer, Richard King and Paul Reiser.

In other news, Grey recently gave everyone a surprise this summer when she turned down a role for the upcoming remake of Dirty Dancingー the original romantic film which first launched her into stardom in the 1980’s. According to multiple reports, she did not feel that she was an ideal choice for the part, although she was very flattered to be offered the role. When asked about who she’d like to see reprise her role in the remake in a later interview on Just Jenny, Grey mentioned the names Natalie Portman and Channing Tatumーnow who wouldn’t want to see that happen?

If you’re looking for a way to stay up-to-date and connected with the American actress, how about following Jennifer Grey on social media? You can find her online on Twitter (@JenniferGrey) as well as on her Instagram account (@jennifer_grey). Don’t forget to also check out her official Facebook page for some of her latest news!