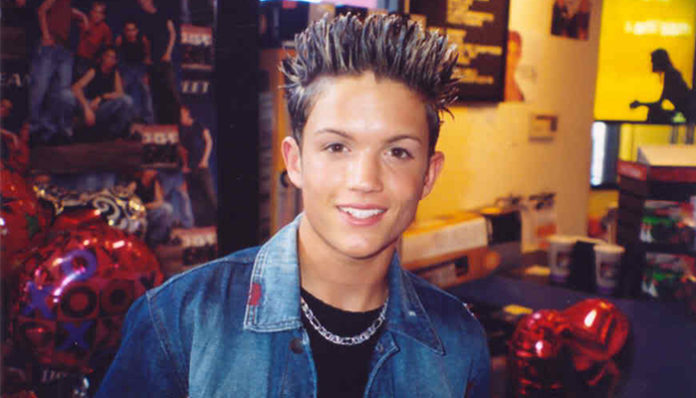 Chris Trousdale is an American singer who is best known for being a former member of the 90’s boy band, Dream Street. Musically talented, he made his professional debut when he was eight years old touring for a Broadway production of Les Miserables. Constantly stunning audience members with his vocal capabilities, Trousdale went on to star in a number of other musicals during his childhood; eventually at the age of ten, he relocated to New York City with his family to pursue more musical opportunities. After settling down, he joined a popular children’s singing group called The Broadway Kids; together with the rest of its members, he performed in a number of plays such as The Wizard of Oz and Beauty and the Beast. Before long, Trousdale’s singing had captured the attention of two music producers who were coincidentally in the middle of organizing a boy bandーrecruiting the teen into the group, Dream Street was ultimately formed in 1999.

Consisting of four other bandmates: Jesse McCartney, Matt Ballinger, Frankie Galasso and Greg Raposo, Dream Street signed a recording deal with Atlantic Records and promptly released their debut self-titled album in 2001. Prior to their break up in 2002 (due to complications between the boys’ parents and their producers), the boy band had released a total of two full-length albums, five compilation albums and four singlesーa few highlights include the songs I Say Yeah and It Happens Every Time, both of which were often played on Radio Disney during their prime. At the peak of their popularity in the early 2000’s, Trousdale and the other members even made several appearances on television, often starring in talk shows and other variety series. Speaking of media events, Dream Street also had their own feature film called The Biggest Fan, which was released in 2002.

Following the split of the boy band, most if not all of its members began venturing towards a solo music career. Although Trousdale hasn’t come out with any solo albums thus far (partially due to the fact that he had to take a step away from the show biz to take care of his sick mother), he has participated in multiple films and television projects over the years. Not counting The Biggest Fan, his first major appearance as an actor was that of a minor character in the crime drama, The Candlelight Murders (2008). Since then, he has also taken part in Shake it Up! (2010), Days of Our Lives (2011), Dance-Off (2014), Lucifer (2015) and Austin & Ally (2015).

So what has the former Dream Street member been up to these days? What are some of his more recent projects? What happened to Chris Trousdale? Where is he now in 2018? 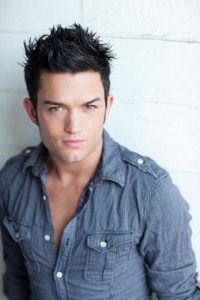 Born on June 11, 1985, in New Port Richey, Florida, Chris Trousdale (Birth Name: Christopher Ryan Trousdale) is the son of Wayne and Helena Trousdale; his father passed away from cancer when Trousdale was in his teens. Having always been one for music and singing, Trousdale started his professional career at the tender age of eight, touring and performing with a Broadway production of Les Miserables, alongside fellow singer Ashley Tisdale. Following a series of successful shows, he moved to New York City when he was ten to join a musical, which also starred Lea Michele and Ricky Martin. Seeking out new musical opportunities, he soon joined a children’s group called The Broadway Kids after settling down in the new city; past members include Lacey Chabert, Jenna Ushkowitz and Christy Carlson Romano.

It was during one of his on stage performances that he attracted the attention of Brian Lukow and Louis Baldonieriーtwo music producers whom were working on putting together a boy band at the time. Wanting to make an impact in the booming pop music industry of the late 90’s, the pair had hoped to introduce a group of experienced teen idols to the scene. This desire ultimately led the producers to offer Trousdale, a boy who was well-versed in the art of singing, a position in the band; other recruited members include Greg Raposo, Jesse McCartney, Matt Ballinger and Frankie Galassoーall of whom were between the ages of eleven and fourteen at the time. Later securing a recording contract with Atlantic Records, Dream Street as the band was called, recorded and released their debut album in the summer of 2001. 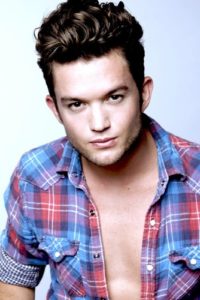 Named after Baldonieri and Lukow’s New York City recording studio, Dream Street released their eponymous debut album in July of 2001. Generally well received upon its release that summer, the disc consisted of thirteen teen pop and pop rock songs, most if not all were produced by Kevin Clark and Berny Cosgroveーsome titles include Someone to Hold Me Tonight, Let’s Get Funky Tonight, This Time and Feel the Rain. From its track-list, two songs were eventually featured on a subsequent Radio Disney Album; They Don’t Understand was also used as the soundtrack of the popular animated film, Pokemon: The Movie 2000 Soundtrack. Fairly successful, Dream Street peaked at the top of the Billboard Independent Albums Chart and reached number thirty seven on the Billboard 200. A few months later, the album exceeded one million copies in sales and was awarded Gold certification from the RIAA.

Increasing in popularity after the release of their debut album, the boy band soon found themselves appearing in various television events and talk shows. Towards the end of the new millennium, Dream Street was invited to partake in the ABC soap opera, All My Children which fellow bandmate Jesse McCartney had a recurring part in previously. A couple of years later, the group released their second album entitled The Biggest Fan in November 2002. For most parts, the album was produced, engineered and written by Kevin Clark and Berny Cosgrove, the team who were behind the boy’s initial album. Revolving around a theme of love and romance, The Biggest Fan contained eleven dance-pop songsーthree of which featured artist Ruby Blue in the vocals.

Although its contents have been described as being “cookie-cutter pop music” by critics, some highlights from its track list include I Miss You, You’re Taking Me Over, With All My Heart, Jennifer Goodbye and This Time; the collaboration effort That’s What Girls Do with Ruby Blue also received fairly positive reviews. While the album managed to snag Gold status certification from the RIAA, the overall amount of sales were disappointing especially since the producers had thought thatthe band would replicate the success of N’Sync or Backstreet Boys.

The major driving force behind Dream Street’s second studio album was the release of their 2002 film entitled, The Biggest Fan. Directed by Michael Meyer and Michael Criscione, the movie centred around Chris Trousdale (who played as himself) and his self-acclaimed “Biggest Fan”, a character named Debbie Worden who was portrayed by Kaila Amariah. While on first glance it may lead you to believe that it revolves around the whole band, it actually focuses prominently on Trousdale while other members of the group appear throughout the project as cameos. To promote for The Biggest Fan, Trousdale showed and performed various parts of the movie at his concerts and shows. Although the flick was made in early 2002 prior to the separation of Dream Street, it wasn’t released until a few months afterwards due to complications stemming from the ongoing lawsuit between the band’s producers and the parents of a few of the band’s members. The Biggest Fan was eventually released on DVD in the spring of 2005 in North America.

In spite of Dream Street’s growing popularity at the time however, things soon began to get fired up between the boys’ parents and the producers in the mid 2002’s shortly after the release of the film. According to several reports, a few parents had filed a law suit against Lukow and Baldonieri, claiming that the two had led its underage boys to be “exposed to women, pornography and booze.” A few months the claim was put in, the parents were ruled against in 2002; as a result, four out of the five original band members were released from their contracts.

After the dissolution of the band, Trousdale made the decision to embark on a solo music career. In between his studies, he managed to record two songs entitled Wild Christmas and Kissless Christmas for the 2002 Christmas album, School’s Outーan album which featured holiday tracks from various artists.  Besides that, Trousdale also collaborated with fellow artist, Nikki Cleary and with the girl group, Play on a couple of duets (e.g. You’re the One that I Want and I’m Gonna Make You Love Me respectively), both of which ended up becoming hits on Radio Disney. Despite the promising direction that his career was taking at the time however, he eventually had to put a temporary pause to his music recording in 2006 to care for his ailing mother, who had just been diagnosed with cancer at the time.

It wasn’t until half a decade later, that he returned to the show business with a small role in the American sitcom, Shake it Up (2010). 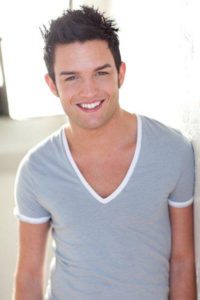 Ever since Trousdale went solo, it was expected by many that it wouldn’t be long until he released a solo studio albumーhowever things doesn’t seem to have gone down that way. Despite this though, he did record a few songs here and there (The School’s Out Holiday Album comes to mind) although nothing major that put him in the limelight. Taking into account the fact that he participated in the third season of the singing competition, The Voice however, it may still be too early to consider him out of the music scene for good. In fact, if what we’ve heard from him on Twitter is true then a solo album is definitely in the worksーseeing as how he had announced that he’d signed with Spectra Music Group back in 2014.

On the television front, Trousdale recently appeared in a minor role in the pilot episode of the police drama, Lucifer. Originally broadcasted on the Fox Network in January 2016, the series was generally favourable received, although it did garner some mixed reviews from critics. In it, the former Dream Street member played the part of a young band boyー pretty fitting, considering how he was a young band boy back in the early 2000’s!

If you’d like to connected with the former Dream Street singer, you can do so by following the performer on social mediaーyou can find Chris Trousdale’s online presence on Twitter under the username @OfficialCRT. While you’re at it, don’t forget to also drop by his official Facebook page, it’s where the latest news are typically posted!