What Happened to Sean Combs aka P Diddy – News & Updates 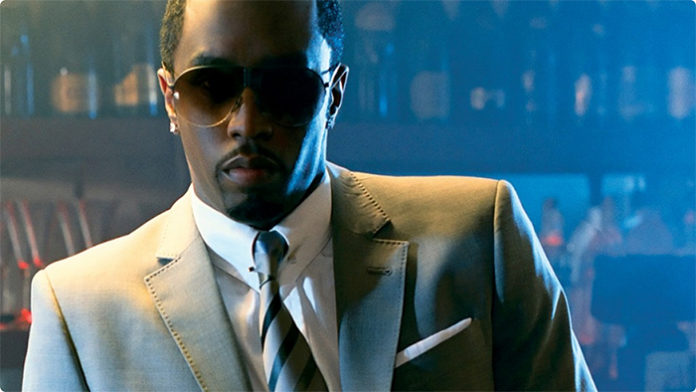 Sean Combs, also known as his stage name Puff Daddy, is an American rapper who is best recognized for having worked with singers such as Mary J. Blige and Mariah Carey. Regularly exposed to music as a teen, he was especially fond of hip hop artists Run D.M.C., Grandmaster Flash and KRS-One growing up. During his college days, he began involving himself in the rap sceneーpromoting various events and eventually securing an internship at the New York based Uptown Records; quickly rising in ranks, Combs soon became the vice president within a year. In 1993, the music producer formed his own recording company, Bad Boy Entertainment. It wasn’t long until he began working with up-and-coming singers such as Babyface, Lil’ Kim and Faith Evans, to name a few. A few years later, Combs released his debut album entitled, No Way Out in 1997ーit remains to be his best-selling album to this date.

Following the success of his initial record, he later released a second album in 1999. Throughout his professional singing career, Combs has released a total of five full-length albums and over seventy singles; he has also been featured as a lead artist in various other songs, many of which have received RIAA certification. Estimated to have a net worth of close to $735 million, the record producer and musician has accumulated a large collection of awards over the yearsーso far, he has won two MTV Video Music Awards, three Grammy Awards, two NAACP Image Awards, three BET Awards and two Billboard Music Awards, amongst various others. In the spring of 2008, Combs was also honoured with his own star on the Hollywood Hall of Fame.

On top of his flourishing career in the music industry, the rapper has also taken up occasional acting. In 2001, Combs made his television debut when he appeared in a small role in the comedy film, Made which starred Jon Favreau and Vince Vaughn. Some of his other early projects in front of the camera include Monster’s Ball (2001), A Raisin in the Sun (2008), CSI: Miami (2009), Entourage (2010) and Hawaii-Five-0 (2011), to name a few. A well-respected talent, Combs has also been featured in a number of television shows such as Seamless (2005), Total Request Live (2005), Black and White: A Portrait of Sean Combs (2006), Star Academy (2006), Late Night with Conan O’ Brian (2007), and If I Were King (2008), the list goes on. In 2010, he was even a guest mentor on the popular singing competition series, American Idol.

So what has the rapper/music producer been up to these days? What direction has his career taken these past few years? What happened to Sean Combs aka Puff Daddy? Where is he now in 2018? 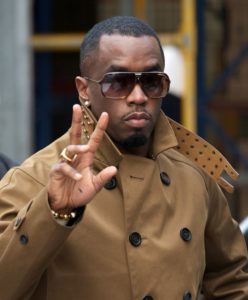 Born on November 4, 1969, in Harlem, New York City, Sean John Combs aka Puff Daddy is the son of Melvin Earl Combs and Janice Smalls, an associate and a teacher’s assistant respectively. When he was a young toddler, his father fell victim to a homicide; as a result, he was raised by his widowed mother, who worked three separate jobs to eventually afford a house for the two in the Mount Vernon neighbourhood. Growing up, Combs are well versed in the rap music scene as he was a fan of artists such as KRS-One and Grandmaster Flash; in fact, it wasn’t uncommon for the teen to stay out until the wee hours of the morning attending local concerts. It was also during that period that he was given the nickname “Puffy” by a close childhood friendーit stemmed from his habit of huffing and puffing when he was mad as a child.

A student at the private Mount Saint Michael Academy, a Roman Catholic high school located in Wakefield, he was a member of the football team with whom he eventually won a division title with in the mid 1980’s. After graduating in 1987, he went to Howard University in Washington, D.C where he studied business administration. Heavily involved in extracurriculars, Combs helped organized weekly dance parties and also helped to run an airport shuttle service during his time there. Eventually dropping out of university after two years, he pursued an internship opportunity at Uptown Records, a local recording company. Successful at securing the job, he son found himself in the position of talent director; noticed for his abilities, he quickly climbed up the corporate ladder and made it to the level of vice president within a year. After successfully proceeding a number of music artists for the company, he later part ways with Uptown in the early 1990’s to form his own recording label. 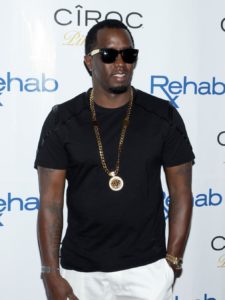 Under his stage name Puff Daddy, Combs released his debut solo album entitled No Way Out in July 1997. A record under his Bad Boy Entertainment label, it was produced by in part by the artist himself and a team consisting of Christopher Wallace and Deric Angelettie, who acted as the executive producers, and a number of others. Commercially a success upon its release, No Way Out topped the US Billboard 200 Chart, quickly selling over 561,000 units during the first week. Eventually winning a Grammy Award for the category of “Best Rap Album” amongst four other nominations, it showcased seventeen different hip hop tracks, five of which were later released as singles.

Of those released, two reached the number one position on the Billboard Hot 100 ChartーI’ll Be Missing You and Can’t Nobody Hold Me Down. Combs’ best-selling album to date, No Way Out peaked at number one on the Top R&B Albums Chart and also made it to the top of the Canadian RPM Albums Chart; it also reached the top 20 in six other countries including Australia, Belgium, New Zealand and France. As of September 2000, the album had been certified 7x Platinum after selling over seven million copies in the United States.

Following the success of his debut effort, the rapper released his second studio album, Forever in August 1999. His second RIAA certified album, it entered at number two on the US Billboard 200 and received much positive attention from critics upon its release. Selling over 252,000 copies within the first week, the album was another chart-topper for Combs, having reached number one on the US Top R&B and Hip Hop Albums Chart; it also performed well on the Billboard 200 where it settled in at number two. Although Forever received mixed reviews from critics, mainly for its heavy use of sampling, it featured nineteen tracks, many of which featured other music artists such as Kelly Price, Carl Thomas, Lil’ Kim and Mario Winans, amongst others. Three singles were eventually produced from the album, P.E. 2000, Do You Like It…Do You Want It and the number one hit, Satisfy You. To date, over one million copies of Forever have been sold across the country, earning it Platinum accreditation from the RIAA.

A year after the new millennium, Combs released his third full-length album entitled The Saga Continues…in July 2001. His last joint venture with Arista Records, its track list boasted twenty-five R&B songs including Let’s Get It, Where’s Sean?, and That’s Crazy and Diddy. Praised for its “cohesive feel” from critics, the album was another hit, debuting at the second position on the US Billboard 200 and reaching number one on the Top R&B Albums Chart. Although The Saga Continues…was the first of Combs’ albums not to feature guest appearances by Lil’ Kim, Busta Rhymes, The Notorious B.I.G. and Jay-Z, it involved many other artists such as G-Dep, Mark Curry, Black Rob, Cheri Dennis, Faith Evans and numerous others. His second Platinum certified album in a row, it has since sold more than a million copies in his native US.

The rapper didn’t release his next album until half a decade later in October 2006. Given the title Press Play, the conceptual album contained mostly hip hop and dance-pop oriented sounds, revolving around the themes of love and relationships. Although not as successful as his prior efforts, the album still managed to top the US Billboard 200 shortly upon its release, selling over 173,000 during the initial week. While Press Play did not see the same level of album sales compared to his previous records, it did garner mostly positive reviews from critics; it currently holds a four star rating from Allmusic. Out of its handful of spawned singles, a couple of stand outs include Last Night and Come to Me, both of which peaked within the top ten of the US Billboard Hot 100 Chart. As of November 2008, Press Play has reached over 700,000 in sales in the country, making it Combs’ first RIAA Gold certified album. A hit overseas, it also charted in a dozen different other countries. 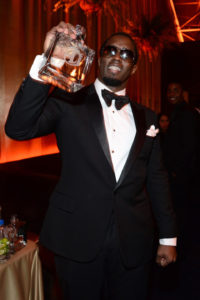 Considering his musical credentials, it wasn’t surprising for fans when it was announced that Puff Daddy was going to make a guest appearance as a team advisor on the American television series, The Voice. This March, the popular rapper was featured in two episodes of the show’s tenth season, bringing his expertise to the table to help those singing on stage in the competition; other guest advisors in the season included Tori Kelly, Gwen Stefani and Patti LaBelle. First premiered in February 2016, the season eventually ended in May 2016, after twenty-six episodes with contestant Alisan Porter coming out as the winner.

Delving back into his music, the rapper has been busy the last few months hitting the roads for The Bad Boy Family Reunion Tour. A highly anticipated event, the massive reunion brought many artists together from the label including Faith Evans, Mario Winans, Carl Thomas, Lil Kim, Ma$se, French Montana as well as The Lox. First announced by Puff Daddy on DJ Khaled’s We The Best Radio Show back in March of this year, the tour which has been twenty years in the making, kicked off this August at the Schottenstein Center in Columbus, Ohio and eventually wrapped up on October 8, 2016 at the Oracle Arena in Oakland, California. In total, The Bad Boy Family Reunion Tour saw over two dozen shows in the United States and considering how quickly the tickets sold out online, there’s no doubt that it was anything short of successful!

If you’d like to stay up to date and connected with the award-winning rapper, you can do so by following Sean Combs aka Puff Daddy on social mediaーyou can find him on Twitter (@iamdiddy) as well as on Instagram (@iamdidy). Remember to also check out his official Facebook page for some of his latest news!