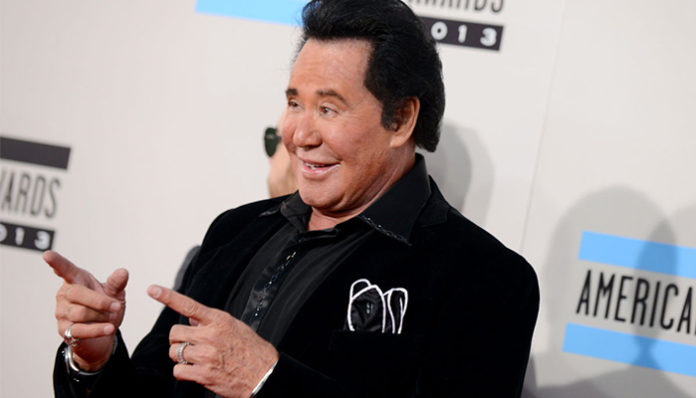 Wayne Newton is an American singer who is best known for his hits Daddy, Don’t You Walk So Fast and Danke Schoen. Naturally gifted in music, he learnt how to play multiple instruments including the guitar and piano at the age of six. Exploring his interests, he soon began to sing with his older brother in various local theatres and clubs during the early 1950’s, drawing inspiration from music artists such as Hank Williams and Kitty Wells. Catching the attention of those around him with his musical talents, it wasn’t long until Newton began performing on a local radio show on a daily basis. After landing a number of gigs in the country, the two were featured on The Jackie Gleason Show in 1959. Although their music was successful, it wasn’t until Bobby Darin took the singer under his wing at the beginning of the 1960’s that Newton first embarked on a solo career.

Eventually securing a recording deal with Capitol Records, Newton released his debut self-titled album Wayne Newton in 1963; it was quickly allowed by Danke Schoen later that same year. Although he has released countless songs over the years as a recording artist, he is probably best recognized for the 1972 hit, Daddy, Don’t You Walk So Fast, which went on to top three individuals charts upon its release. A prominent figure in the show biz industry, Newton has won multiple awards throughout his career including an Entertainment of the Year Award from the Variety Clubs of South Nevada, a Freedom Lantern Award, and a American Society of Composers Award, amongst others. About a decade into his life as a performer, he was also honoured with a star on the Hollywood Walk of Fame.

While he may have started out as a singer however, Newton is also an accomplished actor and has appeared in numerous television and film projects. Although he first acted in front of cameras at the age of nine for the local TV series, Lew King Rangers, his appearance in the 1966 western drama, Bonanza is largely considered to be his small screen debut. Some of his other works include Here’s Lucy (1968), Jerry Visits (1971), North and South Book II (1986), License to Kill (1989), Roseanne (1991), Renegade (1994) and Kingdom Hospital (2004), the list goes on. In 2007, the jazz singer was also featured on the fifth season of ABC’s Dancing with the Stars as a contestant.

So what has the singer/actor been up to these days? Has he taken a break from recording and filming now that he’s in his 70’s? Or is he still putting himself out there? Where has Wayne Newton gone in 2016? 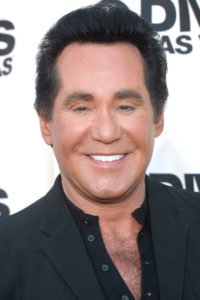 Born on April 3, 1942, in Norfolk, Virginia, Carson Wayne Newton is the son of Evelyn Marie Plasters and Patrick Newton; he is of Native American, Irish, English, German, Welsh and Scottish descent. Growing up in the independent city of Roanoke as a young boy due to his father’s work in the US Navy during World War II, he spent much of his time engrossed in music; a naturally talented musician, he learnt how to play the piano and the guitar at the age of six. Soon developing an interest in singing, Newton began showcasing his vocals at various local venues alongside his older brother, Jerry. Before long, the pair was offered a spot in the Grand Ole Opry traveling show.

In the early 1950’s, Newton and his family moved from his native Virginia to Phoenix, Arizona as the climate there was more suitable for his asthma. Carrying on with his musical passion, he performed multiple gigs in the new city, even going as far as making a number of appearances on local television. After a few years of the performing lifestyle, Newton and his brother landed a gig at the Fremont Hotel & Casino in Las Vegasーa huge feat for the young singer, who was only fourteen at the time. Although the pair were initially hired for a period of two weeks, their performances were so impressive that they were eventually invited to stay for a year. Recognized for his stunning soprano voice, Newton eventually met American singer Bobby Darin in 1962, who ultimately helped to kickstart his solo music career.

Highlights from Wayne Newton’s Career as a Recording Artist 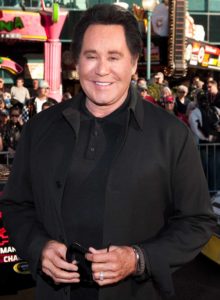 In 1963, Newton released a single called Danke Schoen, from his album of the same name. A cover of singer Bert Kaempfert’s original 1962 song, it was originally intended for Bobby Darin although he later “gave” it to Newton after seeing him on the stage at the Copacabana; to make it more suitable for the singer’s vocal range, Darin also transposed the key of the song to match that of Newton’s voice. The artist’s first major hit, it peaked at number thirteen on the Billboard Hot 100 Chart and at number eighteen on the US Adult Contemporary chart; it remains to be his second best-performing single to this date.

Continuing to release several albums over the next few years, Newton’s next big break came with the release of his eighth single, Red Roses for a Blue Lady in 1965. Originally released by Roy C. Bennett and Sid Tepper in 1948, the song has since been covered by several artistsーNewton being one of them. Revolving around a theme of love and flowers, the lyrics of the track are sung from the viewpoint of a man who is visiting a florist for flowers to give to his lover. Newton’s rendition of the romantic song garnered him much positive recognition in the mid 60’s, having peaked at number four on the Adult Contemporary Chart, at number twenty-two on the Billboard Hot 100 and at number eighteen on the Cashbox Chart in the United States; it also did well in Canada where it reached number three.

Newton released his best-performing single, Daddy Don’t You Walk so Fast in 1972. A chart-topper, the track was showered with much praise from critics upon its release. The biggest hit of his career, it peaked at number three on the US Adult Contemporary Chart, at number four on the Billboard Hot 100 Chart and at number fifty-five on the Hot Country Songs Chart, shortly after being made available in stores. Quickly becoming a best seller, Daddy Don’t You Walk so Fast eventually spent a period of a week at the top of the Cashbox Chart; across the border, it also reached number one on the Canadian RPM Chart. A few months after its release, the single reached over one million sales in the US, earning it gold certification from the RIAA. Universally acclaimed, the song was later ranked number ten on Billboard’s list of “Top Hot 100 Songs of 1972.” 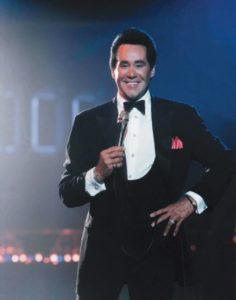 Although he always put music before acting, Newton did appear in a fair amount of television and film projects in between his recording. After playing a variety of small, minor characters in series such as Bonanza (1966), Here’s Lucy (1968), 80 Steps to Jonah (1969) and North and South (1986), he was cast as a support role in the 1989 popular James Bond film, License to Kill. The sixteenth film of the franchise, the blockbuster followed Agent 007 as he set off to get revenge on a powerful drug lord who tortured and killed his best friend, whom was a CIA agent. Although the spy movie was the first of the series to be shot outside of the UK due to financial constraints, it received critical praise, especially for its stunts and action scenes. While James Bond was played by actor Timothy Dalton, Newton portrayed the part of Professor Joe Butcher, who was the drug lord’s middleman; other featured cast members include Carey Lowell, Robert Davi, Talisa Soto, Anthony Zerbe, Everett McGill and Frank McRae.

After having appeared in dozens of TV series and movies over the past few decades, Newton began to delve into the world of reality television in the more recent years. In 2007, he was featured on the popular dancing competition series, Dancing with the Stars. A contestant on the fifth season of the show, Newton was paired up with professional dancer Cheryl Burke; despite a promising start however, the two were eventually eliminated during the third week, putting them in tenth place overall. The following year, he was a contestant on the first season of the Family Feud spin-off, Celebrity Family Feud. Featured on the first season of the show, Newton went up against actress Raven Symone during the second game. More recently in 2013, the entertainer also made a guest appearance the NBC game show, The Apprenticeーa series which tests the business skills of the contestants. The singer made his appearance on the twelfth episode of the thirteenth season alongside other artists such as Taylor Hicks, The Oak Ridge Boys, Billy Ray Cyrus and Tony Stewart. 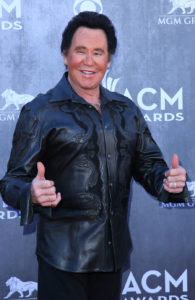 This summer, the seasoned performer appeared in the sci-fi horror television film, Sharknado: The 4th Awakens. The fourth instalment of the Sharknado franchise, it takes place five years after the previous movie and centres around a series of tornadoes and sharks which are now being whipped up in a variety of unexpected places. Directed by Anthony C. Ferrante, Sharknado: The 4th Awakens welcomed back most of its original cast members including Tara Reid, Ryan Newman, Ian Ziering and David Hasselhoff; in  it, Newton appeared as himself in a small cameo role.

But that’s not the only cameo he appeared in this yearーhe also made an appearance in the American comedy series, Still the King. First premiered this June, the comedy stars actors Billy Ray Cyrus, Madison Iseman, Joey Lauren Adams, Leslie David Baker and Lacey Chabert; it revolves around protagonist Vernon Brownmule, a former country musician who reappears as an Elvis impersonator after being kicked out of the music scene nearly twenty years ago. So far, one season of the show has aired on the CMT Network, with a second season currently in the works. If you’re wondering what role Newton played in the comedy, he made a small guest appearance as himself in the seventh episode entitled, “The King Has Left the Building.” Who knowsーmaybe he’ll grace us with his presence again in the upcoming season!

If you’d like to stay up to date with the multi-talented entertainer, why not give him a follow on social media? You can find Wayne Newton tweeting away on his Twitter account under the handle @WayneNewtonMrLV. While you’re at it, be sure to also check out his official website (waynenewton.com) for some of his latest news!