What Happened to Rebecca Black – The Friday Singer Now 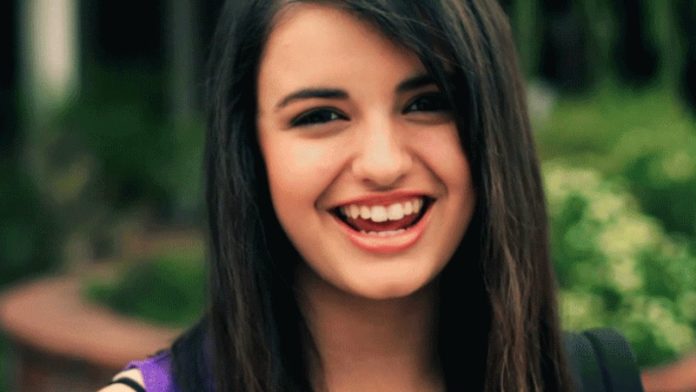 Back in 2011, pretty much everyone knew who Rebecca Black was. The release of “Friday”, a cheesy and heavily criticized music video, launched a young Black into stardom within mere days. The song became a meme, and it spawned countless different parodies in the online community. What has Rebecca Black gone on to do since then? Does she still make music? In this article, I’m going to be going over her rise to fame and her fall into relative obscurity. I’ll also make sure to talk a little bit about what she has been doing with her career during the last year.

Rebecca Black was born in Irvine, California, in 1997. Growing up, she attended a private school in the area. She was drawn to the musical theater at the program, and Rebecca began to consider a career in music. In 2010, one of Rebecca’s classmates referred her to ARK Music Factory. The company is essentially the modern equivalent to old studios, where you could pay a dollar to record your own demo tape. ARK Music Factory will work alongside the artist to write and produce a song, and put a music video around it. In an ideal world, the company is an inexpensive way for aspiring musicians to break into the music industry. Rebecca was interested, and her parents paid $4,000 for ARK to completely write and produce the music. The music video “Friday” was then posted to iTunes and YouTube in February of 2011.

Reception to the video was pretty much nonexistent until March, when it exploded in popularity. “Friday” was one of the most popular songs on the Internet for a good period of time, and a lot of the reaction was very negative. Due to song’s unpopularity, Black found that she was receiving a lot of hate mail and even death threats. These threats had to be investigated by local police. Thankfully, nothing ended up coming of any of them. Black ended up also getting into some legal issues with ARK Music Factory, claiming that the studio should not be allowed to exploit the song, by doing things like selling “Friday” ringtones. Due to the intense bullying that followed the release of “Friday”, Rebecca actually had to be pulled out of school.

However, she still made an effort to be a good sport about the whole thing. In the months to come, Black embraced the humor of the situation, and she was known to frequently appear in music videos for songs that referenced or outright parodied “Friday”. Most notably, she was given a cameo appearance in Katy Perry’s music video for the song “Last Friday Night (T.G.I.F.)”. She also appeared in a Funny or Die short that referenced the original music video itself. These were all great moves on Rebecca’s part — by embracing the situation as opposed to pushing it away, she was able to avoid the harassment and bullying that plagued her early on in her musical career. However, the song had gotten around 167 million views before its original upload was removed from YouTube. It seemed like the embarrassing video would always be a part of Rebecca Black’s legacy.

Once the buzz around the song died down, Rebecca seemed determined to continue pursuing a career in music. Freeing herself from ARK Music Factory, Rebecca founded her own record label: RB Records. In July of 2011, she released the single “My Moment”, which was meant to show the world that she was more than just a cheesy pop song. In November of 2011, she released a music video for another single entitled “Person of Interest”. Both songs were mostly more well-received than “Friday”. Entering 2012, Black released two more singles with “Sing It” and “In Your Words”. Despite the fact that these songs weren’t being torn apart in the same way that her debut track was, it was beginning to become clear that Rebecca was not going to be able to enter stardom just by releasing music. 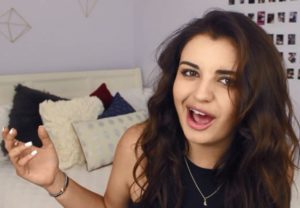 Going along with that, in 2012, Black took advantage of her powerful web presence by starting a YouTube channel. This was a good move on her part, since by this point, she was one of the most talked-about named on the Internet. On her YouTube channel, she vlogged about all kinds of things. She would talk about her day, share her daily experiences, answer questions from fans, and occasionally cover different pop songs. Rebecca also frequently collaborated with other popular YouTubers. One of her largest collaborations was with Dave Days in 2013, with the release of “Saturday”, a single that was meant to redeem Rebecca (in a sense) for “Friday”. The song was not quite as popular as “Friday”, but it was definitely seen as having a lot more musical merit. It peaked at #55 on Billboard charts, which is 3 positions higher than “Friday” ever came.

In 2015, Rebecca announced that she was looking to release a full-length album by the end of the year. She had been working on the album since “Friday”‘s release, but she was hesitant to immediately release it because she wanted to make sure that this music was produced the right way. It took her a good amount of time to get away from ARK, and she wanted to find the perfect people to help her put her music over the top. Rebecca said that the album was slated for a release in late 2015. However, the album never came, and no new singles ever came, either. Was it put on an indefinite hiatus? Will Rebecca Black ever release any new music? What happened to her in 2016?

Well, the first thing that Rebecca Black did in 2016 was continue to develop her web presence. In January, she released a web series entitled “Life After Friday” which basically covered the events of her life following the release of the song. The web series was a minor success, but it did a good job teasing her upcoming album. Finally, in August of 2016, Black released a single called “The Great Divide”. This would be her first new material in a very long time, and it was well-received by her fans. That is the only new music that Rebecca has released in 2016, but it certainly bodes well for the future of her musical career. Rebecca Black is only 19 years old, so she still has plenty of time to refine her sound and put her embarrassing past behind her. If you ask me, she has done a great job thus far.