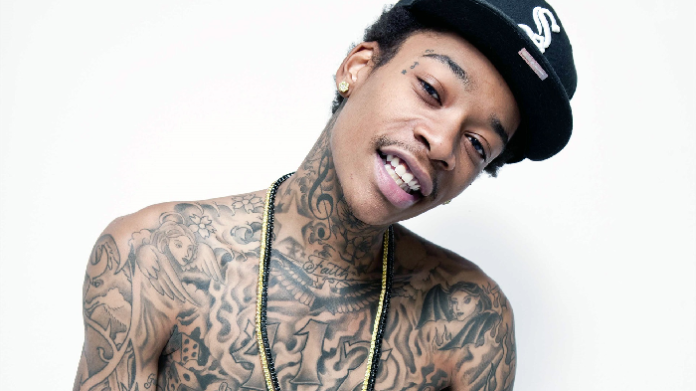 Cameron Thomaz, better known as Wiz Khalifa, is an international rap icon known for his unique style and stage presence. The American actor, rapper and songwriter started pursuing his career at a young age and has become a world-touring, award winning role model to many around the world.  Let’s see what he did to reach where he is today and what he has spent his large fortune on.

How did Wiz Khalifa make his money and wealth?

Wiz was born on September 8, 1987 in North Dakota. When asked about his stage name, he explained that it was derived from the Arabic word “Khalifa,” which means “successor.” The word “Wiz” is short for “wisdom.” Khalifa’s grandfather called him “Young Wiz” when he was a child because he was good at everything he did and he helped him realize his dream of becoming a rapper.

Both of Khalifa’s parents served in the military but divorced when he was only 3 years old. Due to his parents’ demanding careers, young Wiz found himself moving around the world on a regular basis, living in countries such as Germany, Japan and Britain. His family eventually settled in Pittsburg, where he completed his high school career.

The American rapper started at a young age and was noticed in 2004, when the president of Rostrum Records, Benjy Grinberg, discovered him after hearing his contribution to a mixtape created by local rappers. The 16 year old Wiz was approached by Grinberg and was offered to work with the record company. Wiz accepted and they began working on a mixtape. The following is a quote by Grinberg on the young rapper: “Even though he wasn’t all the way developed, you could just tell that he was a diamond in the rough.” 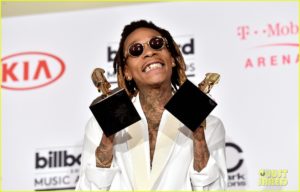 A year later, Wiz released his first mixtape, titled Prince of the City: Welcome to Pisolvania. The following year, Rolling Stone dubbed Wiz Khalifa as an “artist to watch.” In 2007, Wiz signed with Warner Bros. Records. He released two more mixtapes in the same year. At this stage, he realized that mixtapes would only take him so far and decided to work on a single. He did exactly that and released his debut single, “Say Yeah” in 2008. It reached number 20 on the Billboard’s Hot Rap Tracks, as well as number 25 on the Rhythmic Top 40 chart. The single’s success allowed Wiz to join David Banner, The Game and a couple of other rappers at a concert in Utah.

Since then, Khalifa has signed with numerous other record companies, including Atlantic Records and has worked with a multitude of other chart-topping artists to create many successful singles and albums. Not only has Wiz made millions selling his music through popular stores and online hubs, but he has also released many mixtapes for everyone to listen to free-of-charge on music streaming sites such as SoundCloud.

Over the course of his continuing career, the American rapper has sold millions of albums, which has generated him a significant amount of money. Through album sales alone, Wiz has earned over $70 million. He also uploads many of his songs onto his YouTube channel and earns just under a penny per thousand views. While that may not sound significant, bear in mind that he has over 2 billion views in total, which amounts to well over $15 million in AdSense earnings. He has also reportedly earned over $32 million from concerts and tours.

But it doesn’t end there, like most international icons, Wiz has also signed deals and endorsements with major companies throughout his career. Wiz has a deal with a footwear company that earns him a cool $500K per year, as well as his own line of rolling papers for marijuana, hoodies and t-shirts which he sells on Amazon. It is estimated he has earned over $5 million in merchandise sales. 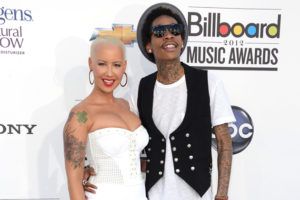 Like most rap stars, Wiz doesn’t have trouble when it comes to finding someone to spend down time with. He began dating model and social media icon Amber Rose in 2011 and got engaged a year later. In 2013, Wiz married Amber and they had a son. Unfortunately, in 2014, Amber announced that she would be filing for divorce, with the reason being “irreconcilable differences.” Wiz and Amber have agreed to maintain joint custody of their son.

While the prolific rapper has earned a great fortune throughout his career, has has not spent all of it on real estate, but rather one comparatively frugal property compared to other rappers in his league. While the $900,000 home is the only one he owns, it is a rather impressive property.

The Pennsylvania estate features a multitude of luxurious assets and in total occupies 2.8 acres of land. The home is eco-friendly, but still maintains an opulent look and feel. It boasts five bedrooms with four bathrooms, a luxurious, stainless steel kitchen and a lavish living room. The wood accentuations are made of Douglas Fir and Brazilian styled Koa floors.

Wiz is known to own three very impressive and desirable cars from three different parts of the world. His favorite is a custom, 305 horsepower Dodge Challenger covered in gloss black paint with matte and yellow accentuations on the wheels and bonnet. He also owns a white Rolls Royce Ghost that Wiz quotes is “not the only thing that is rolling.” He has also been spotted in a baby blue Porsche 911 Carrera S.

Wiz has earned a serious amount of awards and nominations over the course of his music career. The city council of his home town has declared the 12 of December 2012, “12-12-12” Wiz Khalifa day in Pennsylvania. He has also starred in three movies, namely Gangs of Roses 2: The Next Generation, Mac & Devin Go to High School and the yet-to-be released High School 2.

Wiz has also featured on multiple television shows, including This Is How I Made It, Punk’d and Ridiculousness. Many of his albums and mixtapes have been won and been nominated for awards.  In 2011, Wiz won the BET Award for Best New Artist. From 2012 to 2016, he has won three Billboard Awards and a multitude awards from organizations such as the Teen Choice Awards, NRJ Music Awards and BET.

One of Wiz Khalifa’s greatest accomplishments was his feature in the Charlie Puth song dedicated to the late Paul Walker, titled “See You Again.” Which has racked in well over a billion YouTube views.