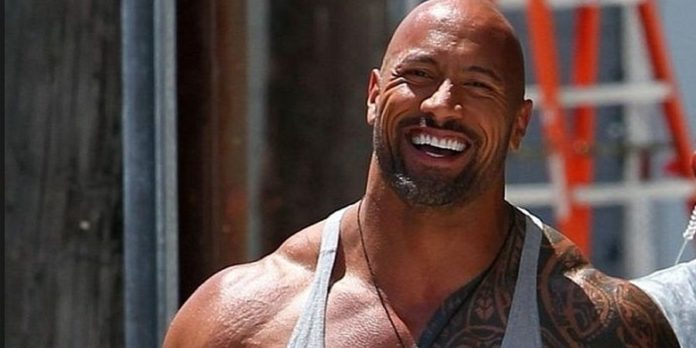 Dwayne Johnson is an accomplished actor, bodybuilder, and wrestler who’s best known as “The Rock” and surely you’ve heard of him whether you’re a WWE fan or not. His tenure in the squared circle was hailed with numerous championship reigns, and most of his movies turned out to be successful especially his work in The Fast and the Furious film series. He has earned accolades such as being one of the most influential persons, to being one of the most powerful celebrities.

Born on May 02, 1972, Dwayne Douglas Johnson was first into football and wrestling during his high school years. He joined the Miami Hurricanes in college and already set his sights on the National Football League (NFL) but his course was derailed due to injury. Johnson tried his luck in Canada where he joined the Calgary Stampeders even though he had to endure less than ideal living conditions and salary. His football dreams were finally quashed at this point as he was cut from the team before the 1995 season began.

As one door to opportunity closed, another one opened. Johnson fought through these troubled times and began training to become a professional wrestler with the help of his father Rocky Johnson. He successfully passed a tryout for the World Wrestling Entertainment (WWE) and debuted in 1996 under the name “Rocky Maivia”. Eventually he changed his name to “The Rock”, a character jacked with an electrifying charisma that charmed fans around the globe. He played a major role in the WWE’s Attitude Era and still continues to make appearances in the ring up to this day albeit on a part-time basis.

Outside of the ring Johnson is an established Hollywood actor. His early onscreen appearances were in the television series The Net (1999) and Star Trek Voyager (2000). In 2001 he was part of the cast of the fantasy film The Mummy Returns, and the following year he had his first leading role at The Scorpion King. Johnson’s film career flourished which included voice acting such as in 2010’s Transformers Prime and last year’s Moana, and he’s also served as executive producer in the series Clash of the Corps and The Hero.

Johnson collaborated with Under Armour in 2016 for the “Project Rock” series of items. He also released the mobile app The Rock Clock which can sync with Johnson’s personal wakeup time and has its own unique ways of motivating you to get out of bed.

Johnson was first married to Dany Garcia in 1997 and divorced a decade later. Garcia is the founder of The Garcia Companies, a talent company, and still serves as Johnson’s manager. Garcia gave birth to their daughter Simone Alexandra on August 14, 2001. 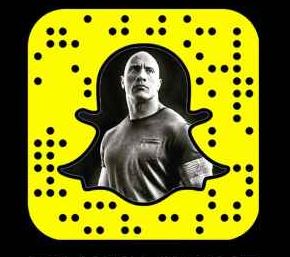 The Rock made his Snapchat account last May 21, 2016. He spread the word about his account on Twitter and tweeted that he was going to find comedian Kevin Hart. Click here to add The Rock and smell what he’s cooking on Snapchat.

Dwayne Johnson’s Kik Username or Code – The Rock doesn’t have a Kik account yet as of 2017. We’ll update this page once he decides to create one. As for now be wary of “Dwayne Johnson” accounts as they are most probably fanmade.