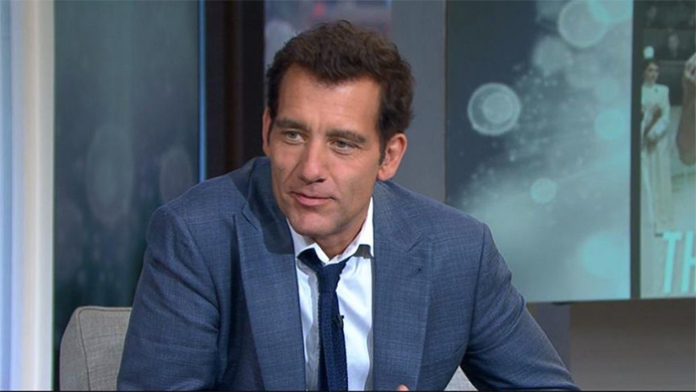 England-born actor, Clive Owen first captured the hearts of audiences in the British series, Chancer (1990). Despite the fact that he has successfully engraved an identity for himself in the entertainment industry, acting was in fact, not his first choice as a career as a teen. Having said that, he took part in a number of plays growing up, including a production of Oliver! when he was thirteen. Ultimately however, it wasn’t until his late adolescent years that he began to truly appreciate the art of drama and acting. After graduating from the Royal Academy of Dramatic Art at the age of twenty four, Owen eventually involved himself with the Young Vic Theatre Companyーit was then that he began to hone his skills while taking to the stage in a handful of Shakespearean plays. In 1987, the aspiring performer made his television debut in the crime drama, Rockliffe’s Babies. The next year, he went on to appear on the big screen for the first time in the romance film, Vroom (1988).

Just three years after breaking out into the show business, Owen received a starring role in the British series, Chancer (1990). His first time playing a lead part, it garnered the up-and-coming actor much recognition in his native United Kingdom at the time. Gradually rising in prominence, he later found himself playing a main character in the feature film, Close My Eyes (1991) the following year. After many years of trying to hit it big, Owen was met with yet another big break when he was cast as the male lead in the neo-noir film, Croupier (1999). With over 70 credits to his name, it’s not surprising to know that he has accumulated quite a fair amount of accolades throughout his career. To date, the actor has received a Golden Globe Award (e.g. Best Performance by an Actor in a Supporting Role), two Gold Derby Awards (e.g. Best Supporting Actor and Ensemble Cast), a Las Vegas Film Critics Society Award (e.g. Best Supporting Actor), a National Board of Review Board Award (e.g. Best Supporting Actor), amongst numerous nominations.

In addition to starring in films and television series, Owen has also been featured in many documentaries and specials including Sin City: The Premiere (2005), King Arthur: A Roundtable Discussion (2005), Cinetipp (2009), Tim Cahill: The Unseen Journey (2010), and Miradas 2 (2011), amongst others. On top of everything, he has also guest starred in multiple talk shows over the years such as Late Night with Conan O’Brien (2005), Up Close with Carrie Keagan (2007), Live! with Kelly (2009), Late Night with Seth Meyers (2014), and Good Morning America (2014). More recently in 2015, he was a presenter (and nominee) at the 72nd Annual Golden Globe Awards Ceremony.

So what has the decorated and accomplished actor been doing these past few years? What new roles and projects have he taken on? What happened to Clive Owen? Where is he now in 2018? 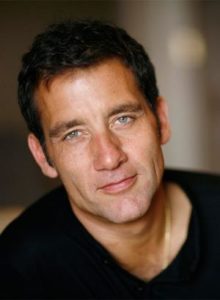 Born on October 3, 1964, in Warwickshire, England, Clive Owen is the son of Jess and Pamela Owen, both of whom were singers. Raised by his mother and step-father after his father abandoned the family when he was three years old, Owen and his four brothers spent most of their early live in the city of Coventry. As a teen, he was a student at Binley Park Comprehensive Schoolーit was during his time there that he joined a local youth theatre, with which he eventually went on stage for the first time in a production of Lionel Bart’s, Oliver! Although acting was never something that he wanted to pursue seriously growing up, he eventually changed his mind after performing in a number of plays during his adolescent years.

After his high school graduation, Owen enrolled at the Royal Academy of Dramatic Art. Following his time there, he was offered a position at the Young Vic Theatre Company; with the group, he performed several Shakespearean works over the next few years. At the age of twenty-three, the aspiring actor received his first professional role on television when he was cast as a minor character in the series, Rockliffe’s Babies (1987). The following year, he made his film debut in the crime drama, Vroom (1988). From there, he appeared in a series of small roles in the shows Boon (1988), Precious Bane (1989), and Lorna Doone (1989). In 1990ーthree years after first stepping foot in front of the camerasーOwen received a highly anticipated break when he was cast as a starring character in the British series, Chancer (1990). 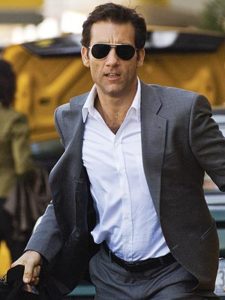 Directed by Alan Grint, Chancer depicted the story of Derek Love, an amicable conman who uses all means necessary in order to help those who are close to him, avoid financial ruins; things only further complicate after his troubled past comes back to haunt him. Produced by Ted Childs with the help of Sarah Wilson, the crime drama premiered on ITV on March 6, 1990. Aside from Owen, who was still an up-and-coming actor at the time, Chancer also starred Simon Shepherd, Leslie Phillips, Peter Vaughan, Benjamin Whitrow, and Stephen Tompkinson. Well received upon its release, many viewers lauded the show for its strong cast and brilliant storyline; the series ultimately ended in the summer of 1991, after a run of twenty episodes.

Slowly rising in prominence, Owen was eventually cast as one of the main roles in the romance film, Close My Eyes (1991). Directed and written by Stephen Poliakoff, the movie saw the actor as Richard, a former student planner who later gives up his job to work for a magazine called Urban Alert. Released in the United States on November 22, 1991, Close My Eyes revolved around the incestual relationship between a man, and his married sister. Filmed majorly in London, the film also starred Alan Rickman, Saskia Reeves, Karl Johnson, and Lesley Sharp. Shortly after its release, it garnered many mixed reviews; while some viewers criticized it for its slow-moving pace  and second rate dialogue, others praised Close My Eyes for its character dynamics and plot twists. Despite this, it earned a small handful of awards including ones from the London Critics Circle, and the Seattle International Film Festival.

Before the end of the decade, the actor starred in the British neo-noir film, Croupier (1999). Featuring a screenplay by Paul Mayersberg, it focused on a struggling writer, who after being hired as a croupier at a casino, decides to write about his experiences in his new novel. Released in the UK on June 18, 1999, Croupier played a significant part in the launching of Owen’s career at the time; by the end of its theatrical run, it had garnered the actor much international fame. Aside from the actor, who portrayed the role of the novelist in question, Jack Manfred, the movie’s cast list also included Alex Kingston, Kate Hardie, Gina McKee, Nicholas Ball, and Alexander Morton. Critically acclaimed, many critics commended the film for its depiction of a realistic atmosphere. During its opening weekend in the United States, it grossed over $80,000; it later went on to earn over $7 million at the box office worldwide. 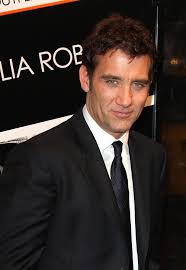 In 2004, Owen co-starred in the melodrama film, Closer alongside Hollywood stars Julia Roberts, Jude Law and Natalie Portman. Based on a play of the same title by Patrick Marber, whom also wrote the screenplay for the movie, it told the story of two couplesーwhose relationships become deceitful and complicated after one of the men befriends the woman of the other pair. Released in theatres on December 3, 2004, Closer was a financial success, grossing well over $115 million from a production budget of $27 million. In it, the actor took on the role of a dermatologist named Larry Grayーone of the film’s main characters. Although some critics panned Closer for its superficial plot, it did go on to win many awards including two prestigious Golden Globes. For his impressive performance, Owen took home a Golden Globe Award for “Best Performace in a Support Role”, a BAFTA Award for “Best Performance by an Actor in a Supporting Role”, and a Gold Derby Award for “Best Supporting Actor”.

The next spring, the actor was cast in the crime thriller, Sin City (2005). Based on a graphic novel of the same title by Frank Miller, it told the story of a dark and gloomy town known as Basin City, focusing on three of its citizens who are caught up in a violent case of corruption. Featuring a star-studded ensemble cast consisting of Bruce Willis, Mickey Rourke, Benicio del Toro, Jessica Alba, and Elijah Wood, Sin City was released in theatres on April 1, 2005, after having premiered at the Mann National Theater a month prior. A critical success, the movie grossed more than $29 million over its opening weekend. Although it saw a sharp decline in earnings in the subsequent weeks, it eventually went on to earn over $158 million at the box officeーclose to four times that of its production budget of $40 million. One of the top-rated movies of its year, Sin City received over forty different award nominations. For his portrayal of Dwight McCarthy, one of the film’s principal characters, Owen garnered an MTV Movie Award nomination, a Critics Choice Award nomination, and a Gold Derby Award nomination.

More recently in the 2010’s, Owen starred opposite of actress Nicole Kidman in the HBO made-for-television film, Hemingway & Gellhorn (2012). Directed by Philip Kaufman, whom also helped to produce the film, it centred around the relationship between Martha Gellhorn and Ernest Hemingwayーone of the country’s most famous literary couples. Released on May 28, 2012, Hemingway & Gellhorn also included appearances from David Strathairn, Molly Parker, Parker Posey, Rodrigo Santoro and Mark Pellegrino. Despite the mediocre reviews that it received, it went on to win multiple awards and nominations including two Primetime Emmy Award wins (e.g. Outstanding Music Composition, Outstanding Sound Editing). While Owen wasn’t presented with any awards for his on-screen role per se, he did earn a Golden Globe Award nomination for “Best Actor in a Television Film”.

What is Clive Owen Doing Now in 2018 – News and Updates 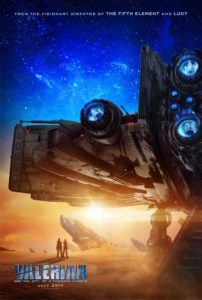 Judging from what has been posted onto the actor’s IMDb profile, it’s fair to say that he will be appearing in a handful of films in 2017ー one of which is Valerian and the City of a Thousand Planets, a sci-fi epic directed by Luc Besson. Based on a French comic series by Pierre Christin, it will tell the story of a time-traveling agent who has been tasked with investigating a galactic empire, with the help of his assigned partner. Set for a theatrical release on July 21, 2017, it will star Cara Delevingne, Ethan Hawke, Dane DeHaan, Rihanna, and Kris Wu; in it, Owen will be taking on the role of Commander Arun Filitt.

If you’d like to stay up-to-date with the English actor, you can do so by following him on Twitter at @clive_owen.