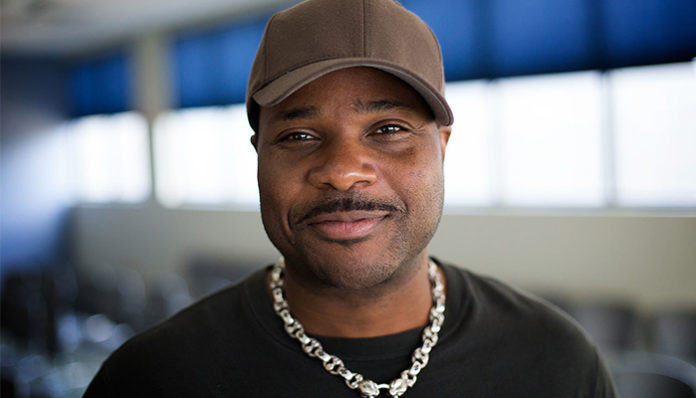 Raised in New Jersey, Malcolm Jamal Warner started out his career as Theo Huxtable in the NBC sitcom, The Cosby Show (1984). Interested in acting ever since he was nine, he enrolled himself in a number of acting classes during his youth. After graduating from New York’s Professional Children’s School, he landed his first role on the small screen in the television series, Matt Houston (1982)ーhe was twelve years old at the time. The following year, Warner made a couple of guest appearances in the TV shows, Fame (1983), and Call to Glory (1984). Soon afterward, the aspiring actor received a breakthrough of a lifetime when he was chosen to star in the comedy, The Cosby Show (1984) alongside Bill Cosby, Lisa Bonet, Sabrina Le Beauf and Geoffrey Owens. A smash hit, the sitcom quickly became one of the most popular shows of the 1980’sーfrom its wave of popularity, Warner was also propelled into celebrity stardom. At the age of sixteen, his acting on the show had earned him a Primetime Emmy Award nomination for the category of “Outstanding Supporting Character in a Comedy Series”.

Following his time on the award-winning sitcom, Warner secured another lead role in the NBC comedy series, Here and Now (1992). Afterwards, he appeared in a handful of TV projects including Drop Zone (1994), Touched by an Angel (1995), The Tuskegee Airmen (1995), Adventures from the Books of Virtues (1997), and Moloney (1997). In 1996, the talented dark-skinned actor was cast as one of the title characters in the UPN sitcom, Malcolm & Eddie, opposite of Eddie Griffinーa role that later earned him an Image Award nomination for “Outstanding Actor in a Comedy Series”. Speaking of awards, Warner has amassed quite a collection throughout his career; to date, he has received three Young Artist Awards (e.g. Best Young Supporting Actor), an Image Award (e.g. Outstanding Actor in a Comedy Series), a TV Land Impact Award (e.g. Best Comedy), and a Grammy Award (e.g. Best Traditional R&B Performance).

What has the seasoned actor of over three decades been up to these last few months? Is he starring in any new sitcoms? What new projects have been keeping him busy recently? What Happened to Malcolm-Jamal Warner? Where is he now in 2018? 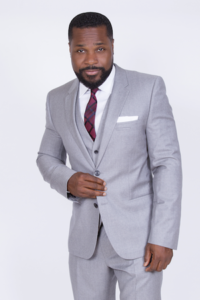 Born on August 18, 1970 in Jersey City, New Jersey, Malcolm-Jamal Warner was raised by his single mother, Pamelaーwho acted as his manager during his childhood. Having caught the acting bug at the age of nine, Warner enrolled in a handful of acting classes as a young boy. For his studies, he went to Los Angeles’ Angeles Mesa Elementary School; for a period, he was also a student at The Professional Children’s School.

When he was twelve years old, the young aspiring actor landed his first professional acting role after a little bit of luck at an audition try-out; thus, he made his small screen debut in the ABC crime drama, Matt Houston (1982). Not ready to give up his dreams of making it big in the show business, he continued to seek out roles and eventually secured a minor part in the series, Fame (1983) the following year.

From there, Warner portrayed a minor part in the ABC drama, Call to Glory (1994), prior to receiving a huge break a few months afterwardsーat the age of fourteen, he was cast as one of the main leads in the NBC sitcom, The Cosby Show.

The brainchild of Ed. Weinberger, Michael Leeson and Bill Cosby, it starred Cosby as Dr. Heathcliff Huxtableーthe patriarch of an upper-class African American family, which the show ultimately revolved around. Warner’s first major role on television, he was given the part of Theodore Huxtableーthe middle child and only son in the family. An avid athlete, “Theo” enjoys playing sports and has an obsession with one day obtaining a motorcycle or sports car. Somewhat of a troublemaker, his academic struggles are also one of the running themes in the initial seasons of the show. Bill Cosby himself later revealed that Theodore’s character was loosely based upon his son, Ennis.

Boasting a talented, all-star cast, The Cosby Show also featured Phylicia Rashad, Lisa Bonet, Geoffrey Owens, Sabrina Le Beauf and Tempestt Bledsoe. Premiered on NBC on September 20, 1984, its first season held a 24.4 rating and ranked number three; by its second season in 1985, it had reached number one on the Nielsen ratings. Widely acclaimed, the sitcom won countless awards during its time on air including three Golden Globesーone of which was for the category of “Best Television Series – Comedy or Musical”. A main cast member for all eight of its seasons, from 1984 until 1992, Warner garnered much recognition for his portrayal of Theodore. In 1986, the then-sixteen year old was nominated for a Primetime Emmy Award for “Outstanding Supporting Actor in a Comedy Series”. Aside from that prestigious win, the role also earned him a TV Land Award, and three Young Artist Awards. 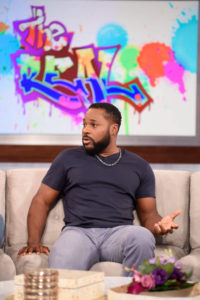 Shortly after the end of The Cosby Show, the actor was successful at snatching up another lead role in the NBC sitcom, Here and Now (1992). Directed by John Bowab, it revolved around Warner’s characterーA.J., a graduate student who spends his free time volunteering at a youth center to help troubled children. Much like the previous comedy that he was involved with, Here and Now saw Bill Cosby as one of its executive producers; however contrary of popular belief, it is not a spin-off of The Cosby Show. The actors co-starring alongside Warner consisted of Charles Brown, S. Epatha Merkerson, Daryl Mitchell, and Rachael Crawford.

On September 19, 1992, Here and Now made its way onto television screens via NBC. In spite of the dazzling performance given by its talented cast however, its viewership was low. Having said that, many viewers did give the sitcom favourable reviews, praising it for its acting; it currently holds a score of 7.4/10 on IMDb. Due to its low ratings, it was later cancelled in January of 1992ーat the time, thirteen episodes had aired.

In the mid 90’s, Warner appeared in a couple of TV films including Tyson (1995), and The Tuskegee Airmen (1995). He also lent his voice to the popular children’s cartoon, The Magic School Bus (1994). Shortly afterwards in 1996, he was cast as a series regular in the UPN sitcom, Malcolm & Eddie, starring opposite of Eddie Griffin. Created by Joe Madison, it centered around the relationship between a sensible twenty-something-year-old and his enthusiastic room mate. As it happened, Malcolm (played by Warner) had found himself sharing his Kansas City apartment with the fervent tow truck driver. Much to his dismay however, Eddie’s outlandish energy often lands the two in trouble. Aside from the two main leads, Malcolm & Eddie also starred Jaime Cardriche, Karen Malina White, Tucker Smallwood and Christopher Daniel Barnes.

Distributed by Sony Pictures, the sitcom made its way onto television screens on August 26, 1996 on the UPN Network. During its initial season, it drew in over 3.4 million viewers; unfortunately, the ratings gradually began to decline in the later episodes. Still, Malcolm & Eddie received mainly positive reviewsーmainly for its comedic moments. Still, the series continued on for four years; by the time it ended, over 80 episodes had been broadcasted. A year after its finale, Warner received an Image Award nomination for “Outstanding Actor in a Comedy Series”.

After the new millennium, Warner starred opposite of Luke Perry in the post-apocalyptic drama, Jeremiahーwhich premiered on the Showtime Network in 2002. Developed by J. Michael Straczynski of Babylon 5 fame, the series takes place sometime in the distant future after a deadly virus has succeeded in wiping out the entire adult population. One of the two principal characters, Warner played as Kurdyーa young man who eventually teams up with a semi-loner named Jeremiah, in attempts to help rebuild civilization in the world. Also featured in its cast were Peter Stebbings, Kim Hawthorne, Byron Lawson, Kandyse McClure and Robert Wisden.

Released on March 3, 2002, Jeremiah ultimately continued for two seasons, although it was originally been intended to be a five-year-long series. According to Straczynski, a change in Showtime’s administration had caused the network to cease production of science-fiction programming. Despite the petitions of fans, who urged Showtime to continue with a third season, it concluded on September 24, 2004 after a total of thirty-five episodes. 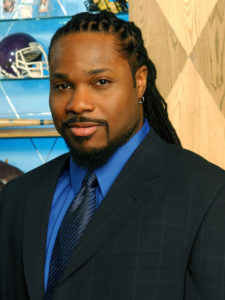 A couple of years later, the actor returned to the sitcom world once again in CBS’ Listen Up! (2004). Based loosely on the life of real-life sportswriter, Tony Kornheiser, it revolved around a sports show host named Tony Kleinman, who together with his former NFL player sidekick, Bernie Widmer, hosts a TV show called Listen Up!. While actor Jason Alexander played Tony, Warner portrayed the part of Widmer; other cast members of the show include Wendy Makkena, Will Rothhaar, and Daniella Monet.

Released on CBS on September 20, 2004, Listen Up! held a rating of 11.8 million during its initial premiere. In spite of its initial success, the critical reaction that it garnered was mostly negative; for instance, The New York Times criticized the sitcom for its “stiff” supporting casting. Still, it managed to achieve an 8.9 million rating on its last episode, which aired on April 25, 2005; Listen Up! consisted of 22 episodes altogether. 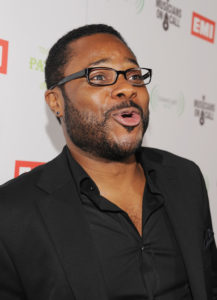 This January, Warner will be making a few guest appearances in the crime drama, Sneaky Pete (2015). Cast as a character named James Bagwell, he made his debut in the third episode of the first season, which aired on January 13, 2017. According to what it says on his IMDb page, he will be appearing in at least three other episodes in the series.

Speaking of which, the actor has also graced the screens in an episode of Lethal Weapon earlier this month. More specifically, his characterー David Reed, appeared in the eleventh episode entitled, “Lawmen”.

In terms of the movies, it looks like he will be making a small appearance in a drama film called Shot (2017), which is currently in post production.

If you’d like to stay up-to-date and connected with the actor, you can do so by following Malcolm-Jamal Warner on social mediaーyou can find the star on Twitter at @malcolmjamalwar.