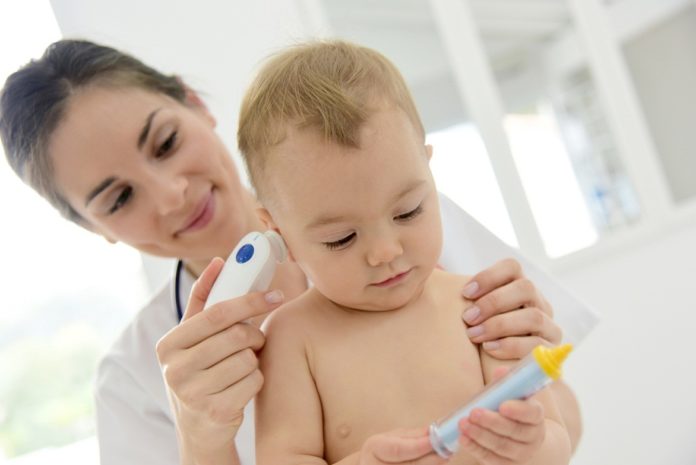 It’s not much of a secret that doctors make a lot of money. It’s a profession that requires an enormous amount of training, and so it’s paid accordingly. Outside of just that, being a doctor also means that you have the satisfaction of being able to save the lives of thousands of people throughout the course of your career. It’s a profession that someone can be substantially proud of. Being a doctor is hard work, but just about everyone knows that someone who is doctor regularly brings in a very large paycheck. Does that same salary extend to doctors with specialties? Most doctors work in a specific field, and many aspiring medical doctors enter their profession so that they’re able to work with and help children, specifically. If that sounds like something that interests you, then maybe you should read up more on what it means to be a pediatrician. 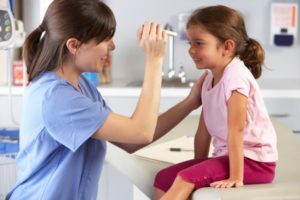 A pediatrician, to put it very simply, is a doctor who works specifically with children. They can work with children who are as young as newborns and as old as pre-teens, and many kids will have the same pediatrician for years. Sometimes, generation after generation of the same family will visit the same pediatrician. That kind of patient loyalty can obviously contribute to a large salary. How much does a pediatrician actually make, actually? I’m going to try to answer that question in this article, along with a whole lot of other questions. I will share with you the average income of a pediatrician, while also making sure to discuss how factors like experience, education, and location may alter that income. I’ll also make sure to talk a bit about how what sort of schooling someone has to go through in order to become a pediatrician. Without further delay, let’s see what we can’t find out about this job.

The average salary for a pediatrician currently sits at $183,180, which is certainly a more than respectable amount of money for a person to make in a year. Studying to become a doctor, and especially one that works with children, is a lot of hard work. As a result, most pediatricians are remarkably well-paid. However, since that is only a pediatrician’s average income, there are obvious people who are paid much more and people who are paid much less. What kind of factors cause one’s income to move either way? Location is certainly a factor when it comes to the salary of a pediatrician. I know what you may be thinking. There are children everywhere, and so there will always be a demand for someone who helps to take care of them. However, certain cities, like Columbus, Austin, Birmingham, Denver, San Francisco, and Minneapolis, have a larger demand for pediatricians. As a result, if you live in that city, you should have a lot less trouble finding an open position. You should also be able to negotiate a higher pay. 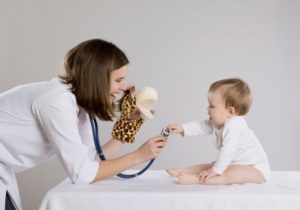 How does experience affect the salary of a pediatrician? Well, being a pediatrician is no different from working in any other profession. A pediatrician with a greater amount of work experience is, in almost every case, going to be paid more than one who has less work experience. There are very few exceptions to that rule. In pediatrics, someone with more than twenty years of experience in the field can receive a salary that is up to $25,000 more than someone who just entered the field. What causes such an enormous discrepancy in pay? To begin with, someone with greater experience in medicine could have potentially built up a larger client base. In essence, you already have a large pool of regular customers. Outside of that, your average pediatrician receives more money for their experience because they possess greater knowledge than their less experienced counterparts. They’re less likely to be surprised or confused by a certain case. They also possess the intangible qualities, like critical thinking and compassion, needed to really excel in this field.

Finally, how does education actually factor into how much a pediatrician is paid? If you work a desk job, it’s very possible that you could have qualifications very different from that of your co-worker. Maybe you have a bachelor’s degree, while they have three master’s degrees. It’s just how it works, if you work somewhere where certain positions don’t have concrete requirements. However, it is very different when you work in a medical environment. As you could probably guess, all pediatricians have gone to medical school. The only real difference in qualification that you may have compared to your co-worker is something like a certification, which typically isn’t worth the same as an entirely additional degree. Instead, pediatricians are more often paid more money due to experience. Education doesn’t affect much of their salary at all.

How to become a pediatrician – Do you need to go to school? 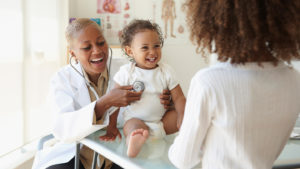 After reading all of that stuff about salaries and pay, you may be interested in pursuing a career as a pediatrician. (I already have a job, and looking at that enormous salary even makes me think about enrolling in medical school!) The first item on the agenda of an aspiring pediatrician is simple: finish high school. If you’ve already finished high school, that’s great. If you had to drop out of high school for whatever reason, then you should seriously look into obtaining a GED or some other high school equivalence. If you’re still in high school, then keep your grades up and take as many classes related to science as possible so that you can get into a good college. Once all of that is out of the way, you need to dedicate yourself to undergraduate studies. In order to get into medical school, you’ll need to take courses related to chemistry, physics, and biology.

While you’re in college, make sure to take advantage of all of the resources at your disposal. Volunteer, take on internships, and participate in as many extracurricular activities that you can. The admission process heading into medical school can be competitive, and so you need to do all that you can to make sure that you have a leg up on the competition. Once you’re done with your undergraduate degree, you’re going to head right back into education by completing four years of medical school. During these four years, you’re going to be absolutely drilled with all of the knowledge that you’re going to need in order to succeed in pediatrics. Typically, your curriculum will have the most to do with your chosen specialty during your last two years of medical school. No one ever said that becoming a pediatrician was going to be easy! 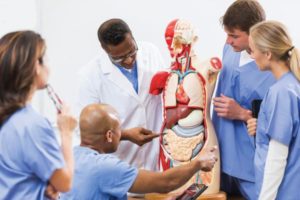 Once you have finished with medical school, you need to obtain your medical license. Just like how you need to have a license in order to drive a car, you need to have a license to make medical decisions on behalf of another human being. Typically, this involves taking a 3-part exam that is meant to quiz you on science knowledge and clinical practices. Once you’ve earned your license, you still have a little bit of learning to do. Your next job is to obtain a residency, which is kind of like an internship. During a residency, you work with patients, attend lectures, and conduct research. However, unlike many internships, you’re usually paid for the work that you complete during these residencies. You obviously aren’t being paid as much as you would be being paid as a full-time doctor, but at least you get the chance to start paying off some of those student loans!

Once you’ve completed your residency, you can start to look into nailing down a real job in pediatrics. While you’re searching for a job, you would do well to utilize all of the connections that you formed during your study. Reach out to advisers, friends, and mentors. Finding work as a doctor isn’t too terribly difficult, and it’s really no different when you’re a pediatrician. During this stage of your career, you may also want to consider earning board certification. Earning board certification usually isn’t required for a position in pediatrics, but you may have an easier time finding a job if you’re able to become board certified. Not only that, but someone who is board certified may able to negotiate a slightly higher salary than someone who is not. Either way, your future as a pediatrician should be plenty prosperous, if statistics are any indication.