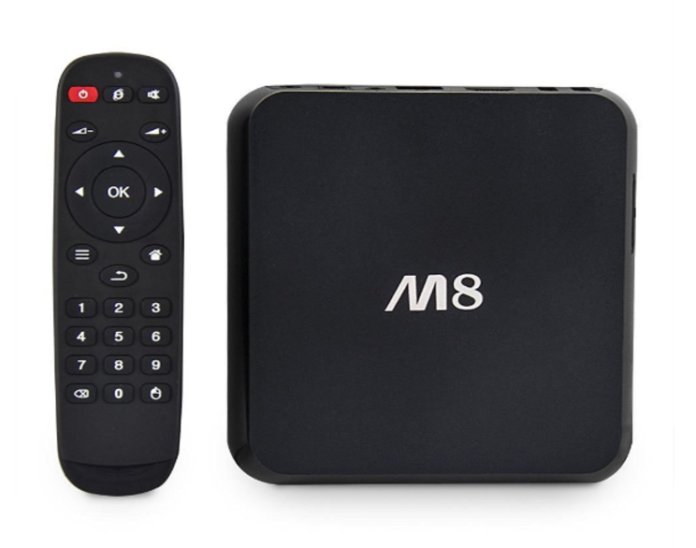 Are you frustrated with the size of your cable bill? “Cord cutting” is becoming an increasingly popular practice as cable companies hike up prices, and you may want to look into it if you’re getting tired of paying for traditional cable. Cord cutting refers to cutting off your standard cable subscription, instead opting to receive your entertainment through alternative means. For instance, if you don’t have cable but you get all of your television time in through Netflix, then you’re a cord cutter. There are many other avenues that people go through in order to get their entertainment fix, and set top boxes make all of that possible. If you want to get some kind of media playing on your main television, then you probably need some kind of device to stream the media there. The Showtop M8 Quad Core Smart Set Top TV Box is one of those devices, and in this article, I’m going to be giving it a thorough review. Without further delay, let’s learn more about this product.

Before we delve into what this product is capable of, let’s go over what this product is actually meant to do. A set top box like this one is used to download applications, which are used to substitute your standard cable subscription. The most common applications that people tend to download with these is a little program called Kodi. Feel free to conduct some research on Kodi yourself, but in essence it’s an application that allows you to play your own video files while also accessing different programs that sometimes host their own library. It’s by far one of the most popular cable cutting programs out there, and although you can easily use it on your computer, this set top box allows you to take it into your living room. If the hardware specifications seem like the hardware specifications of a computer, then that’s because it kind of is. It’s a very small computer that isn’t strong enough to play video games or anything, but it’s strong enough to stream video.

So, outside of that, this set top box has all of the features that you would expect. The Showtop M8 Quad Core Smart Set Top TV Box is capable of streaming 4K video, which is obviously a major plus for someone who enjoys watching high quality video. That’s a certain feature that I can say that a lot of set top boxes don’t actually have. The hardware included in this machine may not seem particularly strong by the standard of desktop computers, but it’s more than enough for someone looking to stream video. Finally, one of the most important aspects of a set top box is how it connects to the Internet. Internet is obviously a key component of any streaming set up, and this set top box is compatible with a wide variety of wireless connections. It is also capable of connecting via an Ethernet cable, if you prefect to do that.

Of course, any of these set top boxes can advertise anything. That doesn’t necessarily means that it works. Just like with any other computer, you can occasionally encounter some issues with this product. Full disclosure, there is an issue with some of these units where the device will randomly reboot or power off. As you might be able to figure for yourself, that is typically a problem with a power adapter. If you encounter this issue, then you can easily contact the seller for a replacement. Aside from that occasional issue, there aren’t many thing to complain about with this set top box. It does what it needs to do, and if you do all of the right things on your end then you should be able to easily use the Showtop M8 Quad Core Smart Set Top TV Box to replace your standard cable set-up. 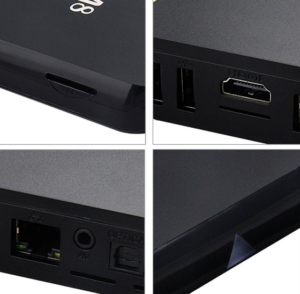 Another one of the more convenient things that I like about this product is the fact that it comes with a remote. Just like with your standard cable box, a set top box like this one requires a a controller that you can use to flip from program to program, file to file. This set top box contains a USB connector, which means that you could easily connect your own wireless keyboard or remote. However, including this kind remote along with the set top box makes everything a little less expensive. It’s worth noting that this product doesn’t just include the Android box and the controller. It also comes with a charger adapter, an HDMI cable, and a user manual. It isn’t much, but I guess it’s nice to know that you can purchase this set top box and receive pretty much everything that you’ll need for it, with the ability to make a couple of upgrades.

Is the Showtop M8 Quad Core Smart Set Top TV Box worth it?

So, if you like what you’ve seen from this set top box then you may be seriously thinking about spending the money to buy it. Is this set top box actually worth it? If you compare the Showtop M8 Quad Core Smart Set Top TV Box to how much your average cable subscription costs, then it’s definitely worth what you’re paying. The cost of this device is a mere fraction of the cost of your average subscription, and as I’ve said, you don’t have to worry about getting less out of this than you would out of standard cable. Once you get your set-up in the right place, the offerings are mostly the same. However, what if you compare this box to the cost of other boxes? This Android TV box is admittedly a little more expensive than others, but a lot of TV boxes don’t have the same features that this one has. 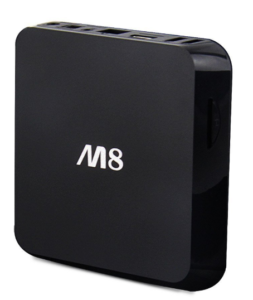 When it comes down to it, cable cutting is one of the most frugal things that the average household can do. You don’t have to worry about a cable bill, instead opting to spend some money up front for a set top TV box like this one. Shopping for set top boxes can sometimes be intimidating, so I’ve cut a little bit of work out for you by singling out this one. I can say without hesitation that this is one of the better Android set top boxes on the market, being unparalleled in terms of build quality, convenience, and features. This set top box has a place in even the most expensive home theater set-ups, whether you have a cheap HDTV or a big curved 4K screen. Android TV boxes are a great thing for any cable cutter to have, and this one is one of the better ones. I highly recommend it.