Top 10 Most Amazing Natural Phenomena That Occurs On Earth 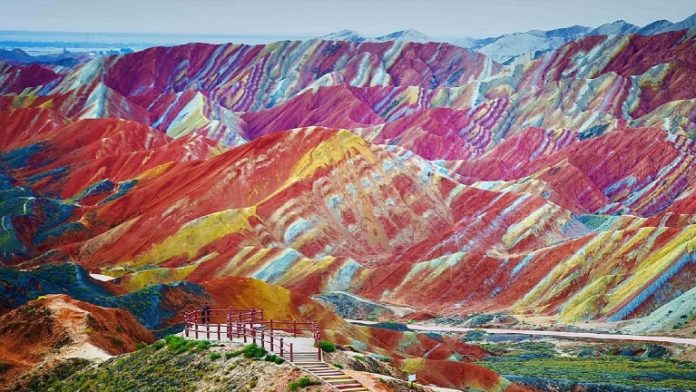 We can all agree that the planet Earth is really an amazing place. Planet Earth has a big sized moon, an oxygen atmosphere, liquid water and it is located at the precisely right distance from the sun. Generally it has everything that is needed to support, well, us. It is a home to the most amazing places and a great variety of different and beautiful species. But, from the beginnings of the human race, the Earth never stopped to amaze us. Every day we learn more about this great planet and we are more and more fascinated with it. So, in honor to our great planet, here is the list of a top 10 natural phenomena that occurs on Earth. 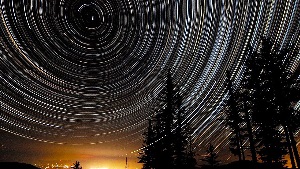 It is the name for a series of phenomena, involving invasive and persistent low frequency noises like humming, that are not audible to all people. The noises have been reported in plenty of occasions and from a great variety of different geographical places. The Hum is often called the “Taos Hum” because of the best known case was reported from the city of Taos, Mexico. Since this sound is very difficult to detect with microphones and its source and nature are unknown, the secret of the Hum still remains unrevealed. 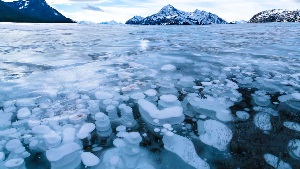 These beautiful looking frozen bubbles are not that cute when they pop. The bubbles are really frozen pockets of methane, which is a highly flammable gas and you would not like to be near one when it explodes. When dead leaves or animals falls into the water, they are welcomed by the bacterias that are waiting below. Then, the bacteria munches on them and ejects the methane out, which forms bubbles when it comes in contact with the frozen water. The finding of this phenomena is on Alberta’s Lake Abraham. 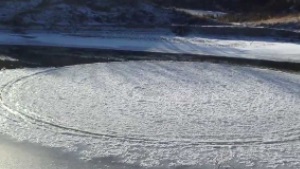 Ice circles are a very rare phenomena that you can only see in an extremely cold countries. There is still a big debate on how they are formed, but most scientists accepted the one major idea. It says that Ice Circles are formed by gathering of surface ice more to the center of a body of water, than at the edges. Then a river current creates a slow turning ice disk. The largest Ice Circles seen were having a radius of more than 250 feet long and they can also be found in groups of different sizes. 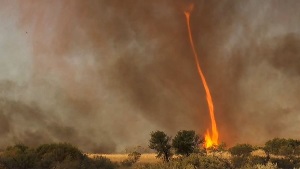 Also known as a fire tornado or a fire devil. This is a phenomena where fire, under very specific conditions, mostly depending on air currents and air temperature, forms a whirl effect. The Fire Devils usually last just a few minutes, but some of them can last much longer if the winds are stronger. They are wide from 10 to 15 feet and can be 30 to 200 feet tall. Occurring of Fire Whirls are often connected to the cases of bush fires, as the best known one occurred during the 2003 Canberra bushfires. 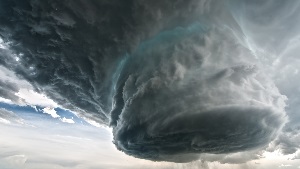 These clouds may look like there is an alien invasion coming, but they are a true example of how the forces of nature can produce spectacular scenes. These storms occur in an unstable air mass and a main condition for them to create is shearing of wind through the heights. This combination of winds is causing horizontal rotation of the air in the lower troposphere. Supercells can cause great hailstones, strong wind and tornadoes. Supercell clouds are a favourite target of storm hunters and lovers of extreme weather events. But, because of the damage they can cause, they are not at all popular in areas where they occured. 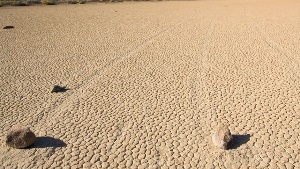 One of the phenomena located in Death Valley are the Sailing Stones. Some of them travel alone and others are perfectly synchronized pairs. The Stones leave marks behind them that look like footprints of tires. Most of the time they are traveling downhill, but somehow they manage to go uphill too. One of the biggest stones weighs more than 300 pounds and is named Karen. The best explanation yet is that the ground becomes slippery after rain and then the strong wind moves the rocks. Due to the fact that nobody have ever seen them moving, they remain a mystery. 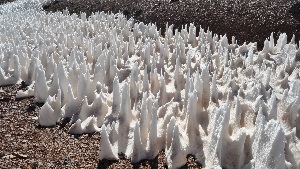 Penitentes or Nieves Penitentes is the name for an unusual snow formations that can be found at very high altitudes. The origin of the name comes from the Spanish word “penitent”, which describes the pointed hats of Nazareth or the ones who repent for their sins. They are formed when the sun’s rays transform the snow into a water vapor directly. This process is called sublimation. Some of them can be just 2 inches high, and some are higher than 16 feet. These ‘spikes’ can be found in dry areas of the Andes, at an altitude of 13 000 feets and they are always turned to the general position of the sun. 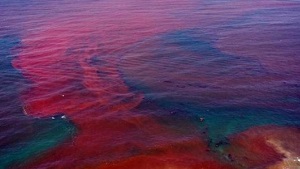 Red tide is not connected with the natural cycle of the tides, but this phenomenon is caused by a large number of algae or phytoplanktons. They collect near the surface in very large numbers. Such a phenomenon often occurs in warm waters and their large number and pigment, paints the sea red. This scene looks really impressive. But such an unusual and interesting sight is not at all harmless. Algae in such a large number are releasing their venom that is fatal to a great number of fish and other marine life, and in humans can cause skin irritation. 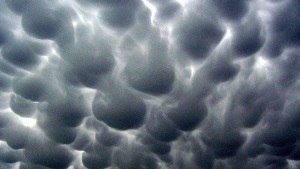 Mammatus or mammatocumulus have, in recent years, become a known atmospheric phenomenon. Many eyewitnesses associate them with storms, although they mostly occur only after the weather began to calm down. They are commonly recorded over the prairies of the United States, after the cold air, full of ice crystals, suddenly begins to descend to the ground. Typical appearance, occurs only when the ice crystals begin to melt and condense at lower altitudes, creating a vortex in the bases of massive clouds. Due to the nature of a strong air movement within these clouds, pilots are giving their best to avoid them. 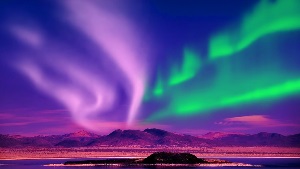 The ancient Greeks were talking of the celestial curtain in magical colors and Galileo Galilei called it polar dawn. Today we know that this change of light in the sky is a natural phenomenon caused by solar storms that are occurring at high latitudes around the North Pole. Aurora Borealis can be seen from mid-October until March. You can often hear a bang in the sky before you see it. It is a big shiny bow, which lights up the night and is constantly in motion. The bright beams of light sometimes spread like a fan or they suddenly start moving up and down.

Those were really some of the greatest phenomenon that ever occurred on the Earth. Do you agree with us? Have you heard of any other phenomenon or maybe seen it? Let us hear your opinion and left a comment in the comment section below.