He goes by many names. Stoney, Bones, Crawl, Bud and Weasel. His parents may know him as Paul Montgomery Shore, but to fans of his films, he is “Pauly.” For decades, Pauly Shore has made a name for himself in acting and comedy circles as the man who is the living physical embodiment of the 90s. He was a man who was a product of his time. With his laid back, surf lingo slinging attitude, Shore crafted a unique performance that entertained thousands of other “weasels” for two decades. But was his 90s Californian-style stage personality just a product of a bygone era, or did Pauly evolve into something more as a performer with time? What exactly happened to Pauly Shore?

Pauly Shore: A Product of His Time

Pauly was born into a Jewish family of comedians. He grew up in Beverly Hills, California. Education was never a concern for Pauly, who always kept his finger on the pulse of the comedic underground. College was never an option for him. While his peers were preparing for their SATs, he was planning his career.

Being born to comedians, young Pauly was immersed in an environment where he was exposed to humor on a near constant basis. As such, he developed his own knack for it over the course of his childhood. Mentored by Sam Kinison and inspired by his parents’ comedic contributions to show business, 17 year old Pauly made his first stand-up appearance. It was while touring various comedy clubs that Shore combined surfer lingo, “dudespeak” slang, and many of his own catchphrases to create the character that would define his career—the Californian surfer persona known as “The Weasel.”

The Rise and Fall of the Weasel 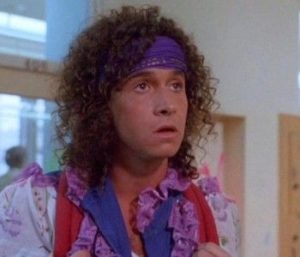 His career would never be the same again, as the birth of the Weasel launched him into the world of MTV. From 1989 until 1994 he was a personality on MTV, which helped launch his career.

The Weasel hit it off well with viewers immediately. His success was owed to his performance which perfectly captured MTV’s primary demographic: teenagers. Viewers wanted a fun, hip, partier to entertain them after school, someone who completely understood the nuances of music and culture and respected them as viewers. Pauly filled that niche perfectly. A rise of popularity in young adult male viewers gave him his own show. It was a shenanigans show, featuring pranks and hijinks with members of the general public by the Weasel. During the height of his MTV days, he was allowed to host the networks annual Spring Breakcelebration.

1992 was a busy year for Shore. After starring in Encino Man, which went on to make $40 million at the box office, he launched into stardom as an actor. He went on to star in scores of movies. These films were much less successful, grossing less and less at the box office every year.

Unfortunately for Shore, his films suffered decline in popularity after the late 90s. It would seem that he peaked at Encino Man. In 1997, he tried to get back into TV with Pauly, a televised sitcom for Fox, but the show was quickly canned. Attempts at rising back to the top with films like Curse of the Inferno (1997) were equally fruitless. Pauly would spend the remainder of the decade making cameo appearances in music videos like Limp Bizkit’s “N 2 Gether Now” and “Break Stuff”. Shore found work in uncredited roles in films and on animated shows like King of the Hill (1999) and Futurama (2000).

Shore’s career did not go down with the end of the millennium, however. In 2003, Shore wrote, directed and starred in Pauly Shore is Dead,. Adopting a self-depreciating brand of humor, Shore used the film to poke fun at himself and his pitfalls. In recent years, Pauly has turned to the internet to provide comedic entertainment, with various projects on Funny or Die. He has also returned to the stage with stand-up, and puts on shows across the country to this day. 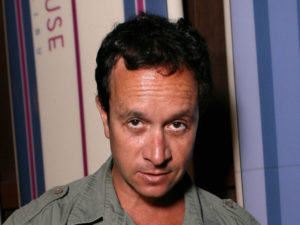 Pauly Shore may have been down over the years, but he was never out. While his career suffered a decline in the late 90s, his new approach at humor and the rise of the internet in the early to mid-2000s has brought him back.

Recently, he released Pauly Shore Stands Alone on Showtime. It is a road trip documentary that follows his tour through Wisconsin while dealing with life at home. He also took part in a Funny or Die sketch by Anthony Weiner, which earned half a million views.

Pauly is also a prolific podcaster. He runs the Pauly Shore Podcast Show on his website. He plans on releasing videos for it on Crackle in 2017. His guests have included Gallagher, Bob Saget, Nick Kroll and many other comedians.

He is currently working on a documentary of his life. It chronicles his childhood in the 70s and his career in the 80s and 90s. He is also working with Adam Sandler on Sandy Wexler, a new movie which is coming to Netflix this year.