Average Dentist Salary 2018 – How Much Do Dentists Make 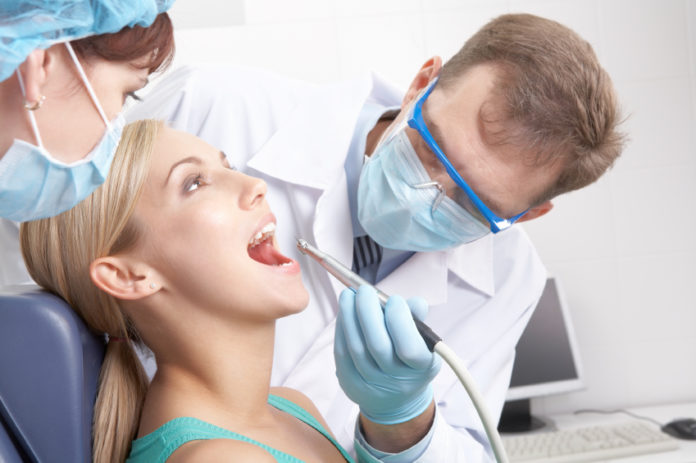 Most people dread having to go to the dentist. The idea of having someone poke a bunch of sharp implements into your mouth can be really scary, and children and adults alike have a tendency to put off appointments to the dentist’s office. However, dental maintenance is just as important as any other kind of medical maintenance. You’re meant to visit the dentist at least once per year (sometimes more often than that) which means that all of the dentists of the world are often kept pretty busy by their work. People visit the dentist about as often as they visit the doctor, so does that mean that a dentist is paid as much as your average doctor?

That actually brings up an interesting question about dentistry in general. How well paid is your average dentist? Is all of the work that goes into becoming a dentist worth what you end up making? In this article, I plan on answering that question among many others. I’m going to be talking a little bit about the average salary of a dentist, while also making sure to discuss how that salary can be affected by different factors like experience and education level. Not only that, but I’ll also make sure to talk about what someone actually has to do in order to become a dentist. Without further ado, let’s break down the average income of this toothy trade.

The average dentist makes a little over $145,000 per year, which is obviously a very respectable amount of money for someone to make. Dentistry is sensitive and important work, so it makes sense that the people who practice it are paid so handsomely. However, that’s just an average figure, which means that some dentists have a higher salary and some dentists have a lower salary. How is this number affected by other factors? Location is one of the factors that can affect the income of a dentist. Although people all around the country are in need of fine dental care, some cities have a greater need for dentists than others. Certain metropolitan areas, like Los Angeles, Portland, Seattle, and Boston have a larger need for dentists than some other areas. If you live near one of these cities, then you should have an easier time finding work. Not only that, but you should also be able to negotiate a higher pay than someone living elsewhere. 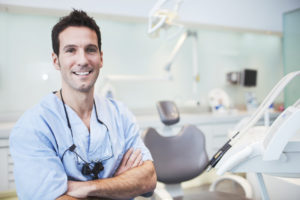 How does something like experience affect the income of a dentist? As you may be able to guess yourself, in dentistry, someone who has more experience is generally more well paid than someone with less experience. The same is obviously true in every field, but it’s especially true for a dentist. A dentist with over twenty years of experience can be paid up to $30,000 more than someone with just entry level experience. Why is there such a large difference in earnings? If you’re an experienced dentist, then you’re less likely to be surprised by the different patients that you have to care for. You are more familiar with the equipment and the software that you use in your everyday work. You possess the intangible qualities needed to completely succeed in the stressful field. To put it simply, you are more independent. Many places will recognize and appreciate that independence, and they pay very well when they see it in a potential hire.

Finally, let’s consider how something like education can affect the income of a dentist. In many business environments, you may have vastly different qualifications compared to that of your co-workers. Maybe you have two master’s degrees while your co-worker has two bachelor’s degrees. Due to your different educational backgrounds, you may be paid very different amounts. However, in medicine, that isn’t always the case. Although educational levels can always differ for whatever reason, the vast majority of practicing dentists just have a bachelor’s degree and and DDS or DMD degree. Basically, there is a completely level playing field. As a result, difference in pay doesn’t typically have much to do with education. When coming up with your salary, most places will place a greater value on things like prior experience, which I’ve already talked about at a length.

How to become a dentist – Do you need to go to school?

If you’ve read all of that information above, then you may still be interested in becoming a dentist. The salary is certainly impressive, so it isn’t like you have to worry about not making any money. That aside, what does someone actually have to do in order to become a dentist? First, you need to have finished high school. If you’re already in high school, then your next steps are clear. If you dropped out, then it may be less clear. You need to have a diploma or some kind of high school equivalency, so if you’ve already dropped out then you may want to consider acquiring a GED. Basically, you just need to be able to get into a solid undergraduate program. Once you’re in college, you’re going to be studying something related to pre-dentistry or science. Not every dental school requires that you have a degree (some only require you to have 90 credit hours) but many do. 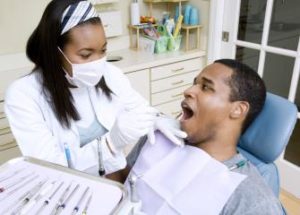 Once you’re finished with your college education, it’s time to get into dental school. The first step in this process is passing the Dental Acceptance Test, which is a hefty exam that will primarily test your knowledge of natural sciences. Although this test isn’t the end all be all, it’s pretty much the equivalent of the ACT or SAT for getting into dental school. (You may have thought that your days of standardized testing were behind you when you left high school, but you would be very wrong.) Getting into dental school can be highly competitive, so you really need to make sure that you put your best foot forward with this exam. It’s only one part of your application, but it’s a very large part. Once you gain acceptance into one of these schools, it’s time to get right back to studying.

While you’re attending dental school, you’re going to be working toward your doctoral degree. This is typically a four year program, and it gives you the chance to focus on a specialty like periodontics or endodontics. You worked very hard to get into dental school, so it’s only fair that you put forth your best effort while you’re there. As soon as you’re done with dental school, you need to start thinking about getting licensed. Just like with any other field related to medicine, in order to practice dentistry, you need to become licensed. The specific rules behind this will depend on which state you live in, but in pretty much every case you need to pass a few tests. One test will be written, and another test may take place in-person. Consult your own jurisdiction to make sure that you’re well-read on the topic. From there, you just have to find work and begin to reap the rewards of all of your studying.