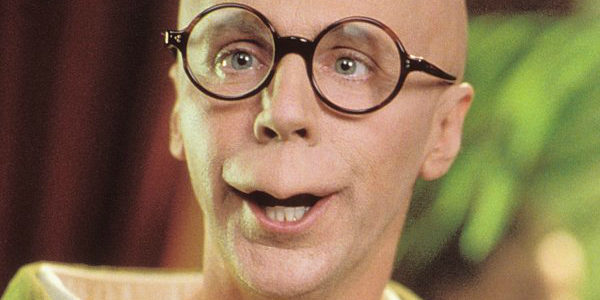 It’s not easy to make impressions. While acting in general isn’t for everybody, the art of impersonating someone, be they celebrity or politician, is difficult to say the least. Luckily for the comedy world, we have Dana Carvey for that. Of all the memorable characters ever to grace SNL, many of his were based on real people. For two decades, he made a name for himself as a comedian, utilizing his talents in figure breaking comedies only to drop from the spotlight practically overnight. How exactly does one go from being one of the most celebrated impressionists, to vanishing completely? What happened to Dana Carvey?

The Birth of the Man With a Thousand Faces

The comedian and actor had humble beginnings. The son of teachers Billie Dahl and Bud Carvey, Carvey was born in Missoula, Montana. Carvey’s brother Brad, who invented the Video Toaster, served as inspiration for Carvey’s Garth Algar character. At the age of three, his family moved to San Carlos, California.

Looking at his early life, one would be hard pressed to say that he had a future as an actor. But, the desire was always there. His first role was in 1981, playing Michael Elliot in the TV movie Alone at last. were minor beginning with a bit part in Halloween II (1981). He also co-starred on One of the Boys (1982), a sitcom that also featured Mickey Rooney and Meg Ryan. In 1984, he played a mime in This Is Spinal Tap (1984) alongside Billy Crystal. His first big role came to him in 1986, where he appeared alongside Kirk Douglass and Burt Lancaster in Tough Guys. 1986 would prove to be an important year for Carvey, who would be featured in one of the most important acting gigs in his life.

The Rise and Fall of the Turtle Man 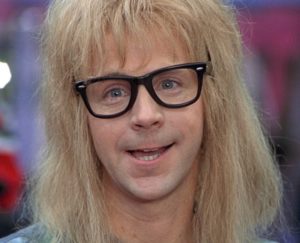 In 1986, Carvey was launched into stardom when he joined Saturday Night Life. Working alongside newcomers like Phil Hartman, he completely changed SNL’s popularity. Thanks to his efforts among others, public opinion on the show completely changed. Carvey owes his early popularity to characters like the pious “Church Lady,” the zealot Church Chat host (based on people he knew growing up).

Carvey also owes much of his success to many other characters, like Hans (of “Hans and Franz”) and the Grumpy Old Man. He even portrayed George H. W. Bush during the election. A pivotal point for this role came during the 1992 presidential election. Carvey played both Bush and Ross Perot during a debate with William Clinton. This cemented him as one of the most popular impersonators on the show, and one of SNL’s best actors. After all of this, In 1993 Carvey decided to strike out on his own, and left SNL. His work on SNL resulted in him earning an Emmy in 1993 for Outstanding Individual Performance in a Variety or Music Program, along with six more Emmy nominations. He even managed to return to SNL periodically up until as recently as 2011.

Of all his SNL characters, the one that would define his career was Garth Algar. Carvey re-teamed with Mike Myers to bring their Wayne’s World sketches to the big screen in 1992. The adventures of Garth and Wayne would prove popular to fans and newcomers. It earned $183 million at the box office, and a sequel in 1993.

His popularity soared with these films and the roles flooded in. Among the offers, he starred in the 1994 film Clean Slate and filmed his HBO special Critic’s Choice the following year. NBC even tried to get him to host the Late Night show when David Letterman left in 1993. However, they gave the role to Conan O’Brien instead.

In 1996, he would revive many of his SNL characters for The Dana Carvey Show. The show was famous for launching Steve Carell and Stephen Colbert into stardom. The late 90s saw Carvey taking on smaller roles in films like The Shot, The Larry Sanders Show, and Just Shoot Me! Despite the pitfalls of The Dana Carvey Show, and the smaller roles he took on, Dana’s career was strong.

And then The Master of Disguise happened.

In 2002, Carvey starred in The Master of Disguise. It faced stiff competition on its release. It released only a week after the more anticipated Austin Powers in Goldmember and suffered greatly because of it. It is named by many as one of the worst comedies ever made, and the movie that killed Carvey’s career. He did not appear again in a film until 2011, in Jack and Jill, another critically panned comedy.

Despite the metaphorical ice berg that was Master of Disguise, Carvey maintains that he withdrew from acting to focus on raising his family. In fact, he only rejected hosting Late Night because he felt overwhelmed as a new father. He simply could not abide the possibility that his career could cause him to neglect his children. Despite withdrawing from acting, he continued perform stand-up sets over the years to support his family. He made brief returns to the public eye from time to time, either as host of SNL or reprising a character for the MTV Movie Awards. He even managed to film a second HBO special, Squatting Monkey’s Tell No Lies (2008). In 2010, he reprised his role as George H.W. Bush in a Funny or Die sketch, and worked with comedian Spike Ferestein to create Spoof, a comedy show for Fox. 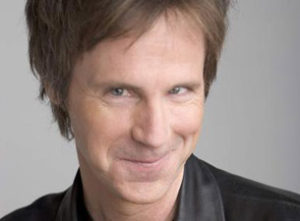 To this day, Carvey has been sticking to stand-up comedy. On April 29 and 30th 2016, his sons Tom and Dex opened for him in Boston, Massachusetts for his performances on Netflix. In a 2016 Howard Stern interview, Carvey has said that he definitely prefers stand-up comedy to acting. His performances have made him wealthy. He often boasts that he generally makes over a million dollars from all of his shows combined.

Currently, he has one film project in development. In 2017, he will be appearing in Becoming Bond. It is a documentary about George Lazenby and how he became James Bond in 1969. Beyond that, his career remains quiet.