What Happened to Kodak Black – Updates for 2018 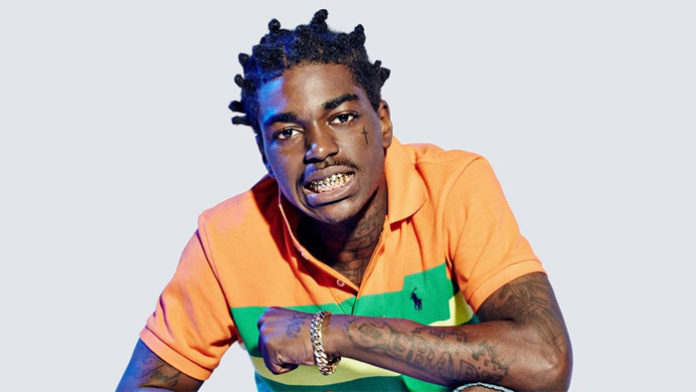 American hip hop artist Kodak Black first made himself known with the release of his first mixtape, Project Baby in 2013. Born and raised in Pompano Beach, Florida, he started to rap ever since he was twelve years old. Drawing inspiration from his favorite rapper Lil Boosie, he later joined a local hip hop group known as The Kolyons while still in his teens. Although he had several run ins with the law growing up, Black eventually managed to pull his life together with the help of Dollaz N Dealz ENT’s CEO, A.D. Julien. Recognizing his star potential that had the ability to light up a room, he soon offered the aspiring artist a contract with his DND label. With everything set in place, the rapper subsequently went on to work on his music debut. At the age of sixteen, Black released his first mixtape entitled, Project Baby (2013), which garnered him much widespread attention- it also marked the start of his professional music career.

The next winter, the Florida-native followed up with a second mixtape entitled, Hearts of the Projects. Although it didn’t manage to reach any charts, the release once again brought him to the spotlight. From there, Black eventually dropped his third mixtape, Institution in 2015. That same year, the rapper’s popularity also saw a rise when Canadian rapper Drake uploaded a video of himself dancing to Black’s song, Skrt. Not long afterward, he forged a recording deal with Atlantic Records. Under the new label, he eventually came out with his fourth mixtape, Lil B.I.G. Pac– which proved to be significantly more successful than his earlier efforts, having peaked on both the US Billboard Top 200 and the Top R&B/Hip Hop Albums Charts. In terms of the singles that he’s released, some of the titles include No Flockin, Skrt, Skrilla, Like Dat, There He Go, and Going Viral.

In addition to his solo works, Black has also collaborated with a number of different artists over the years such as Nino Breeze, French Montana, Iceberg, and Yo Gotti. Some of his collaborative works include the songs Benjamins, Lockjaw, Watch Me Crank, and Weatherman. On top of that, he’s also made guest appearances in the albums of Rich the Kid, Playoboi Carti, Dej Loaf, DJ Khaled, and Rae Sremmurd, among others. Altogether, Black has released twelve singles and four mixtapes since he first made himself known as a rapper in 2009.

What has the young talented rapper from Florida been busy with these days? Will he be releasing a full length album anytime soon? Does he have any new songs in store for his fans? What can we expect from him these upcoming months? What happened to Kodak Black? Where is he now in 2018? 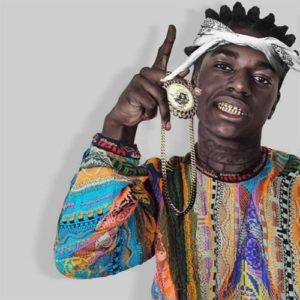 Born on June 11, 1997 in Pompano Beach, Florida, Kodak Black (Birth Name: Dieuson Octave) is the son of two Haiti immigrants. Raised in Broward Country, he was raised up by his mother in a public housing project known as Golden Actres. Ever since he was six years old, he had gone by the moniker of Black- he would later incorporate in his current stage name. A rapper since the age of twelve, he joined a local hip hop group called the Brutal Youngnz as a teen. Drawing inspiration from the success of his favorite rapper Lil Boosie, Black was determined to one day make a name for himself in the hip hop realm. Continuing to experiment with different rap techniques, he later joined a group called Kolyons, with whom he performed for a handful of years.

Despite his passion and talents for rapping however, life soon proved to a challenge in a single parent household. In order to provide for himself and his family, he eventually found himself hustling and robbing in the streets. As the law caught up with him, Black was placed in a local juvenile detention center- at one point, he found himself going there three times in a year. Eventually put on probation, the aspiring rapper gave it his all to try to pull his life around. With the help of A.D. Julien, the CEO of Dollaz N Dealz who noticed his star potential, Black was able to devote his energy entirely into his music career. Recognized for his ability to light up a room with his presence, Julien eventually decided to invest in the young teen, leading him to offer Black a recording deal with his label in the early 2010’s. 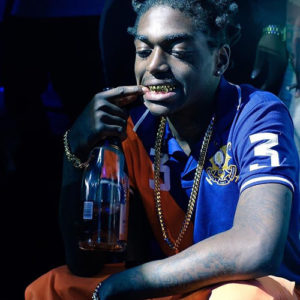 After working tirelessly at the studio for his debut, the Florida-native released his debut mixtape entitled, Project Baby on December 25, 2013. Consisting solely of Southern Hip Hop tracks, it contained fifteen titles including Get It Up, Ain’t No Fakin It, Str8 Bars Freestyle, Switchin Gears, Hatin on Me, and Shoulda Woulda, among others. Approximately one hour in length, a couple of the tracks- Won’t Go Back and Never Imagine also featured Dirty 1000 and The Kolyons as guest artists, the latter of whom Black used to rap with. Released via digital download, Project Baby was produced a team of musicians including DJ Jay-R, K.E. On the Track, Rooq, Young Lan, Young Shun, Rex, and Vakseen LLC.

Although his debut mixtape didn’t end up reaching any charts, it was warmly received by the hip hop crowd. On Soundcloud alone, an online music website to which the tracks have since been uploaded to, Project Baby has been listened to by fans millions of times and has received over 23,000 likes. The official video for the mixtape has since also been viewed over 6,000,000 times on his Youtube Channel.

The following winter, Black dropped his second mixtape- also under the Dollarz N Dealz label- entitled Hearts of the Projects on December 30, 2014. Slightly longer than his earlier release, the mixtape came with over an hours worth of hip hop; some of the titles include I’m That Nigga, Meant for Me, I Remember, Kill the Beat, Honey Bun, Take Me Away, 10 Toes Down, Molly, and No Flocking. One of the tracks, Better Days also featured fellow artist Choo Choo.

Despite its lack of charting, it proved to be even more popular than its predecessor, having garnered over 38,000 likes on his official Soundcloud page; the different tracks have also been listened to millions of times since they were first uploaded online. Hearts of the Projects also came accompanied with an official music video, which has since been viewed over 2,000,000 times on youtube- most ratings having been positive. 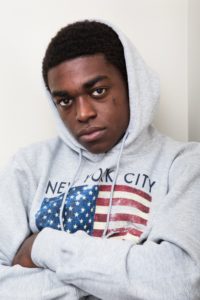 In 2015, Black received a surge of popularity after renowned Canadian rapper Drake uploaded a video of himself dancing to his song, Skrt. After signing with Atlantic Records, he came out with his third mixtape entitled, Institution. His first release under a major label, it boasted twenty four hip hop tracks including the titles Boss My Life Up, From the Ugly, If You Ain’t Ridin’, I.M.Y. (I Miss You), This Life, Like Dat, and Back on My Feet, among others; it is also his first release not to feature any guest appearances from fellow artists. Another successful hit for the rapper, it has since received over 66,000 likes on Soundcloud, to which it has been uploaded onto. An official music video later uploaded onto his Youtube Channel has also since been viewed well over 6.5 million times- proving to be even more popular compared to his earlier releases.

The next year, Black released his most successful mixtape to date, Lil B.I.G. Pac, also under Atlantic and the Dollaz N Dealz labels. Accompanied with a parental advisory label, its production was handled by individuals such as Dubba, J Gramm, Jahfi AMT, YodaYae1K, SkipOnDaBeat, Eyezlowbeats, and SAW.D. One of the rapper’s shorter releases with a running length of forty one minutes, it came with a total of thirteen tracks including the numbers Too Many Years, Gave It All I Got, Vibin in this Bih, Everything 1K, Young Prodigy, and Blood Sweat Tears Revenge. Judging from the number of playbacks on Soundcloud, the most popular title was that of Slayed (Feat. Boosie), which has since been played close to 10,000,000 times.

The best-performing mixtape of Black’s career, it also became his first release to peak on the US Charts; it reached number 134 on the Billboard Top 200 and number 49 on the US Top R&B/Hip Hop Album Chart. Warmly received, Lil B.I.G. Pac received a number of positive reviews upon its release, many of which have noted the improvements in his rapping.

Since he was first placed in a youth detention center as a young teen, Black has gone on to have several subsequent run-ins with the law.

In the spring of 2016, the rapper was arrested and charged for possession of cannabis, possession of a weapon by a convicted felon, and fleeing from police officials. Just a month later, he was once again arrested by officers for false imprisonment and armed robbery. Later that summer, Black appeared in court; several executives from his music label- Atlantic Records was also present. With the help of the vice president, Michael Kushner, who commented on Black’s “bright future as a music artist”, he was placed on house arrest for a year with five years probation, after pleading no contest to his charges.

Unfortunately, Black was once again arrested in September of 2016, for two drug charges; he was consequently sentences to serve four months in prison. In addition, he also had his driving privileges revoked fro a year. Eventually transported to Florence, South Carolina for charges of sexual assault, he once again returned to court after being posted on a $100,000 bond.

Just a few hours after being released from jail, Black released a new single entitled, There He Go, which references his recent experiences in prison. 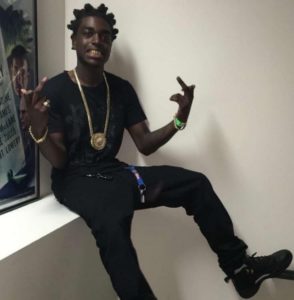 If you’re looking for some new hits from Black, then you’re in for a treat- the rapper recently collaborated with fellow rapper Blac Youngsta in a track called, On Sight. Produced by June Onna Beat, the collab is included in the latter’s new mixtape, Illuminati. Speaking of collaborations, it has also been announced that the Florida-native will be teaming up for some new tracks with hip hop artist, Future. When will said beats be released? We’ll just have to wait and see.

Keeping his fans on their toes, Black has also dropped a number new songs these past few weeks including My Time, and Tunnel Vision– the first of which features Derrick Milano. A highly anticipated release, the music video for Tunnel Vision has been viewed well over 23,000,000 times since it was first uploaded onto Youtube on February 16, 2017. Black will presumably be including the two titles in his upcoming studio album, Painting Pictures.

If you’d like to keep in touch with the talented recording artist, why not follow Kodak Black on social media? You can find him on Instagram at @Kodakblack and on Twitter at @KodakBlack1K. Be sure to also check out his official Soundcloud page for some rad hip hop music.