What Happened to Terry Fator – Now in 2018 Update 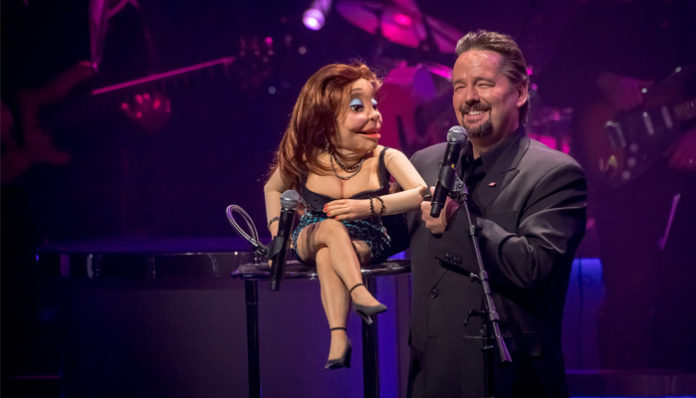 Terry Wayne Fator gained worldwide attention after winning the second season of the NBC reality series, America’s Got Talent. While still in grade school, he developed an interest in ventriloquism after stumbling upon a book on the subject at the library; before long, he had purchased his first dummy, Willie Talk. Eager to perform after reading up on the art, Fator soon began entertaining crowds at a number of local events- at one point, he even won a small cash prize at a church picnic. Continuing to hone his craft throughout his childhood, he was also known for his impersonations of various sings and actors. Speaking of which, Fator’s interests didn’t stop at just ventriloquy- he also enjoyed singing. In 1987, he joined a band called Freedom Jam with whom he toured with across Canada and the United States. By the time he was twenty three, the aspiring performer had become the lead vocalist of another group called Texas the Band.

Putting his two passions together, Fator later began to combine both ventriloquism and singing. Even while singing with Texas the Band, he often incorporated his puppet into the show- something that was generally frowned upon. Eventually parting ways with the group, Fator decided to focus his efforts on performing solo acts; however he was ultimately met with little success. Discouraged, Fator started to ponder the idea about pursuing a different career; luckily, his loved ones encouraged him to continue. Wanting to gain more exposure, he subsequently auditioned for the popular reality series, America’s Got Talent; little did he know at the time however, that it would soon propel him to super stardom. A contestant of the second season, the ventriloquist soon made his national debut on television in the summer of 2007. After several performances over a number of weeks, Fator was announced as the winner of season two on August 21, 2007.

As the champion, Fator not only took home a prize of $1,000,000, but he was also given the honor of performing at Bally’s Jubilee Theater in Las Vegas. Face to face with overwhelming success, the America’s Got Talent winner was soon offered a $1.5 million contract for performing at the Las Vegas Hilton Hotel in 2008. Brought to worldwide attention, Fator has since been featured in a number of TV shows such as Piers Morgan Tonight (2011), The Late Late Show with Craig Ferguson (2012), Fox and Friends (2013), and Home & Family (2013). He even appeared as a guest performer in the sixth and eighth seasons of America’s Got Talent.

So what has the accomplished ventriloquist from Texas been up to recently? Does he have any new shows planned for this upcoming year? Can we expect to see any new acts from him? What has he been busy with as of late? What happened to Terry Fator? Where is he now in 2018? 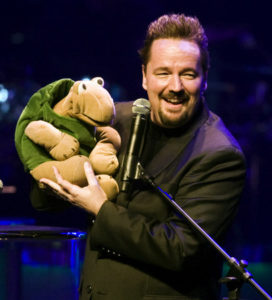 Born on June 10, 1965 in Dallas, Texas, Terry Wayne Fator is the son of Edith Marie Clifton and Jephtha Wesley; the second oldest out of three siblings, he has a younger sister named Deborah and an older brother named Jephtha Jr. As a grade schooler, he first developed an interest in ventriloquism after stumbling upon a book on the subject- Paul Winchell’s “Ventriloquism for Fun and Profit” at the library while doing a homework assignment. Having immediately cause his attention, he took the book home and soon began learning about the art. Eventually wanting to try it for himself, he bought a Willie Talk dummy from Sears a few weeks later. From there, Fator began entertaining crowds with his puppet at various local events; at one point, his performance even garnered him a cash prize at a church picnic.

Continuing to build himself a reputation as an amateur ventriloquist over the next few years, he eventually received his first real ventriloquy puppet at the age of eighteen; his mother had gifted it to him after saving up for the item for three years. Aside from ventriloquy, Fator was also a singer. Before long, he was combining the two hobbies together by impersonating various singers using ventriloquism. In a later interview, he revealed that he first started to sing through the puppet after seeing how goofy people looked while singing in their car.

At the age of twenty three, Fator joined a local music group called Freedom Jam, that was produced by Young American Showcase. Acting as their lead vocalist, the band eventually embarked on a North American tour that saw them performing in hundreds of high schools across Canada and the United States.

After leaving the band in 1988, he became a member of yet another group known as Texas the Band; it was around this time that Fator started to combine his love for singing with his love for ventriloquy. While performing, he began incorporating his puppet into the band’s shows. At one point, Texas the Band was approached by a major record label who were interested in hearing them sing; during the performance, Fator sang while impersonating the original singers. Later told by the executives to stop with his impressions, Fator and his group ultimately decided not to go with the recording company.

Following the band’s disbandment, Fator started to perform solo acts which combined both ventriloquism and comedy at various venues such as local fairs. Despite his best efforts however, he saw little success. At the lowest point of his career, he only had one paid customer in a 1000-seat show theater. Discouraged, he soon began pondering the option of pursuing a different career altogether; however his family and friends offered endless support and encouraged him to carry on with his passion.

Terry Fator on America’s Got Talent 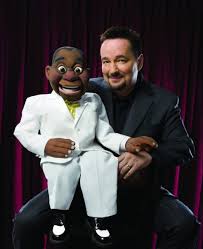 Although he was close to giving up, an opportunity soon presented itself in the form of a reality TV show, America’s Got Talent. Hoping that making it into the Top 20 would help his career by garnering him some much needed exposure, Fator decided to audition for the competition.

Much like the initial season, season two of America’s Got Talent saw numerous individuals auditioning for the show in a number of cities across the country including Los Angeles, New York, Chicago and Dallas. Fator made his debut in episode three of the series, as one of the fifteen competitors accepted from Chicago. For his audition, he performed to Etta James’ At Last using his Emma Taylor Puppet, which successfully impressed the judges.

During the subsequent Vegas Round, fifty acts were eliminated while twenty ended up advancing to the next stage. Moving on to the Top 20, Fator later sang Louis Armstrong’s What a Wonderful World with Winston the Turtle while impersonating Kermit the Frog, a performance that kept him safe from elimination. For the Top 10, the ventriloquist performed Unforgettable by Nat King Cole using the puppet that had initially wowed the judges during the auditions- Emma Taylor. Among those eliminated during this round were The Fault Line, Gregory Popovich’s Comedy Pet Theater, Southern Girl, Second Story Guys, and Luigi Padilla.

Having successfully made it to the Top 8, Fator then performed two songs with his Johnny Vegas Puppet- Dean Martin’s That’s Amore and Tony Bennett’s I Left My Heart in San Francisco. Following the audiences’ votes, he advanced to the next round while the Reggae-inspired dance group Calypso Tumblers and the family country band The Duttons were eliminated.

As one of the few competitors left in the Top 4, Fator went up against Slideswipe, a martial arts dance act, The Galamazons, a group of plus-size singers and dangers, and guitarist Jason Pritchett, among a few others. For his performance, he sang Garth Brook’s Friends in Low Places with his Walter T Airedale Puppet and Roy Orbison’s Crying with Winston the Turtle- which ultimately earned both the Contestant’s Choice and Judge’s Choice titles.

Before he knew it, Fator had successfully earned a spot in the finals. One of only four acts left, he was joined by fourteen year old country singer Julienne Irwin, beat boxer Butterscotch, and guitarist Cas Haley. Giving it his best, the ventriloquist sang James Taylor’s classic hit, You’ve Got a Friend using both his Kermit the Frog and Johnny Vegas puppets. On August 21, 2007, it was announced that Fator was the grand champion of the second season; Cas Haley was the runner up while Butterscotch took third place.

Terry Fator Following his Win on America’s Got Talent 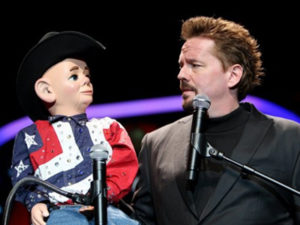 In a subsequent interview, Fator admitted that never in his wildest dreams imagined that he would be able to win the show; in fact, he later revealed that he’d originally auditioned after seeing the ventriloquist from season one being featured on Late Show with David Letterman after making it to the Top 20, which was his initial goal- to appear in a TV talk show for added exposure so more people would attend his shows. As it turned out however, Fator’s packed schedule after winning the show led him to have to turn down the Letterman gig over a dozen times.

Aside from taking home a cash prize of $1,000,000, an announcement was made that he would also be appearing at Bally’s Jubilee Theater; however the plan was ultimately dropped. Having said that, Fator’s schedule was still jam packed with shows- that spring, he even performed at Larry Norman’s 60th birthday party. Later in October, he took to the stage at Las Vegas Hilton, where he held two sold out shows. From there, Fator was eventually offered a $1.5 million contract with the hotel to perform fifteen shows from January to May 2008. He even entertained crowds on New Years’ Eve.

As one would expect, Fator has also been featured in a number of TV shows since his win including Rachael Ray (2008), I’m No Dummy (2009), Dumbstruck (2010), Live! With Kelly and Michael (2010), The Late Late Show with Craig Ferguson (2012), and The Queen Latifah Show (2014), to name a few. The ventriloquist even appeared as a guest performer during the finals of the sixth and eighth seasons of America’s Got talent.

It’s been ten years since his win on America’s Got Talent, but Fator isn’t quite out of the limelight yet. In fact, he still actively performs at the Mirage in Las Vegas for 200 days a year (2017 marks his eighth year performing at the establishment); to satisfy the demands for shows, he also does anywhere from forty to fifty additional tour dates throughout the year. According to the former winner himself, one of his most popular segments at the moment involve a Donald Trump puppet; the show has since been seen by the President himself, who has deemed it to be funny, and not offensive.

If you’d like to stay connected with the Texas-born ventriloquist, you can do so by following him on social media- you can find him on Twitter at @terryfator. Alternatively, you can follow his official website and Facebook page for some of the latest announcements.