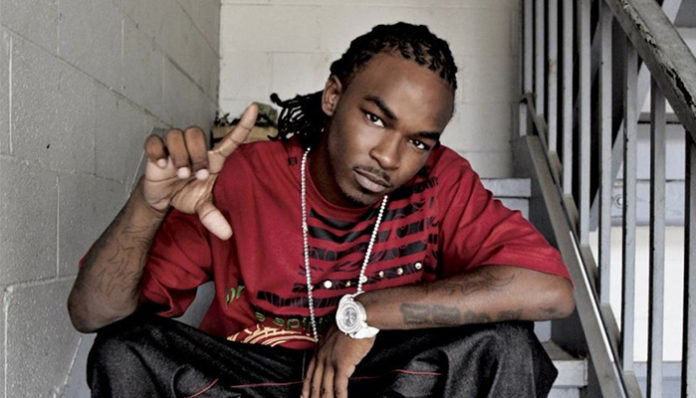 Lawrence Franks, Jr., otherwise known as Huey, rose to fame with the release of his debut single, Pop, Lock & Drop It in 2006. Born in Missouri, he tried his hand at rapping for the first time during his mid-teens, having always had an interest in hip hop. Drawing inspiration from Southern artists such as Ludacris, Chingy, and Nelly, he eventually joined a rap group put together by Angela Richardson. Adopting his current stage name, Huey, he began recording a number of songs including Pop, Lock & Drop It, and Oh which quickly proved to be local favourites; the first has since sold over 1,000,000 copies in the US. Soon after, the aspiring rapper was featured in a mixtape entitled, Unsigned Hype; it was this tape that ultimately brought him to the attention of TJ Chapman, a music producer who later introduced him to the Vice President of Jive Records. Impressed by his work, he subsequently offers Huey a recording contract with the label.

A year after forging the deal with the New York-based company, Huey dropped his debut album entitled, Notebook Paper in the summer of 2007. A moderate hit, it peaked within the top thirty on the US Billboard Top 200- which was considered a relative success for the new artist. To this day, Notebook Paper remains to be his best selling full length album. Three years later, he came out with his second studio album, Redemption (2010), after a label switch to EMI Records, although it ultimately proved to be less successful than his earlier effort. Since then, the recording artist has released two mix tapes, Who The F*ck Is Huey? (2011) and Project H (2014), the last of which is his latest music release. Some of the singles that he’s dropped over the years include When I Hustle (2007), Payow! (2009), and Smile & Wave (2010). Although words have been said about an upcoming third studio album, nothing has been released as of yet.

Throughout his career, Huey has also collaborated with a number of fellow artists such as Lloyd, Juelz Santana, Bobby V, and Dorrough. Having garnered himself millions of fans in the late 2000’s, his work- Pop, Lock, & Drop It in particular earned him a BET Hip Hop Award nomination for the category of “Best Hip Hop Dance” and a Teen Choice Award for “Choice Music: Rap/Hip Hop Track” in 2007. The same year, the Platinum-certified track was also featured in the romance drama film, Stomp the Yard (2007). On television, Huey has also appeared in the music show, 106 & Park Top 10 Live (2007).

What has the hip hop artist been up to recently? Is it fair to assume that he’s currently on a hiatus since he hasn’t come out with any new material since 2014? Or does he still have something up his sleeve for fans? If so, what can we expect to see from him this upcoming year? What happened to Lawrence Franks, Jr., aka Huey? Where is he now in 2018? 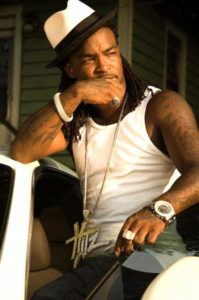 Born on September 12, 1986 in Kinloch, Missouri, Huey (Birth Name: Lawrence Franks, Jr.) spent the early years of his childhood living in the African-American community of Kinloch with his parents. At the age of five, him and his family relocated to the city of St. Louis, where they settled down in the Walnut Park arena; it was there that he attended elementary school. Later in his teens, Huey moved back to St. Louis County for his parents’ work. Growing up, he lived in a relatively rough neighborhood where drugs and violence were commonplace. In a later interview, the rapper stated that many of his rap lyrics were inspired by the experiences that he had during that period of his life.

Despite growing up in a tough area, Huey found solace in the form of hip hop music- something that he quickly developed a passion for. Wanting to try his hand out at rapping, he eventually began creating his own beats at the age of fifteen. From there, it wasn’t long until he was introduced to a music producer by the name of Angela Richardson through his older brother. Invited to take part in her newly-found rap group, the aspiring rapper soon recorded to hit titles, Pop, Lock & Drop It, and Oh, both of which quickly became local favourites among Missouri DJs. Little did he know at the time that the former single would eventually sell over 2,000,000 copies in the United States. Trudging along with his burgeoning music career, he was later featured in a number of mix tapes, one of which was entitled, Unsigned Hype.

Ultimately, it was that mix tape that brought him to the attention of music producer, TJ Chapman. Recognizing his potentially, he then introduced Huey to Mickey Wright, the Vice President of Jive Records in 2006. Impressed by his rapping abilities, he then offered Huey a recording contract with the New York-based company.

Huey’s Breakthrough with the Hit Single Pop, Lock & Drop It 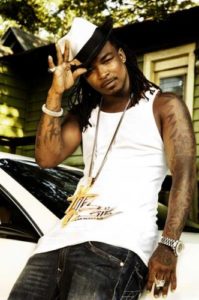 On September 19, 2006, shortly after signing with Jive Records, Huey released his debut single entitled, Pop, Lock & Drop It. Written by C. Miller, D. Smith, and L. Franks, the standard CD released in the United States came with two tracks- one with the vocals, as well as an instrumental. A special version was later also made available, which contained a remix of the original song (feat. T-Pain and Bow Wow), the instrumental, and an a capella version of the title. Although the song is known for describing a dance move, many have confused it with the process of firing a hand gun.

Hugely popular upon its release, Pop, Lock, & Drop It entered the Billboard Hot 100 Chart at number ninety eight, and later peaked at the sixth position. Additionally, it also peaked at number two on the Hot Rap Songs Chart, number six on the Hot R&B and Hip Hop Songs Chart, number seventeen on the Pop 100 Chart, and at number four on the Billboard Rhythmic Charts. Outside of the US, it also reached number ten in New Zealand. The rapper’s most successful record to date, it has since gone 2x Platinum in the United States after selling over two million copies domestically, as of December 2007. His first and only single to reach the Billboard Hot 100, it also came with a popular music video, that has since been viewed over 32 million times on Youtube. 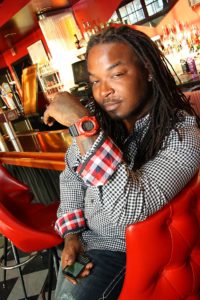 A year after the release of his debut album Huey came out with a non-album single entitled, Payow! which was a collaboration with fellow artists Bobby V and Juelz Santana. Although not as successful as his earlier 2x Platinum single, it eventually peaked at number eighty eight on the US R&B and Hip Hop Songs Chart.

The following summer, Huey came out with his first full length album, Notebook Paper on June 19, 2007 (although it was leaked online a few days earlier). Produced by a talented team consisting of Jazze Pha, The Bakery Productions, Laudie, Mannie Fresh, T-Pain, and Raw Beats, among others, it featured an hour’s worth of hip hop music; amongst the disc were the titles Closet Full of Clothes, Tel Me This (G-5), Money Ova, When I Hustle, Luv N Ya Life, Nobody Loves the Hood, Glad 2 Be Alive, 2 Nite, and Bout Dat- many also featured guest appearances from Diamond, Lloyd, Asia Cruise, T-Pain, Bow Wow, Yo Gotta, and MeMpHiTz. A bonus track, I Got Em On (Adidas) was also included in the Japanese version of the album.

Huey’s most successful studio album to date, it entered the US Billboard Top 200 at number twenty six- a fairly impressive placement for the debut album of a new artist. Notebook Paper also managed to reach number four on the US Top Rap Albums Chart and number ten on the US Top R&B and Hip Hop Albums Chart. Accompanied by two singles, When I Hustle, and Pop, Lock & Drop It, reception toward the album was generally mixed. For instance, while Allmusic gave it  three and a half stars, other sources such as DJBooth only awarded it a two star rating.

After several delays, Huey dropped his second full length album entitled, Redemption on September 14, 2010. His first album under EMI Records, its production was handled by Trillion Billion Dollar Beats, D. Can, Epik, J$MiL, and M-16. Recorded between 2008 and 2010, it boasted a twelve-song track list which included Section, Hello 2 All My Haters, So Good (Get It Girl), Retarded, Why So Serious, I Go Crazy, Smile & Wave, Famous, and U. Similar to its predecessor, it also featured appearances from a number of guest artists such as Mack, JR, Colby O’Donis, and Dorrough.

Performance-wise however, Redemption was ultimately not as successful as his debut effort. Although reviews for both album were generally mixed, his second album did not end up reaching any music charts. Having said that, it did go on to release a single entitled, Smile & Wave, a track in which the rapper criticizes his critics.

Although Huey hasn’t released any new albums since then, he has come out with a couple of mix tapes, the first of which is Who The F*ck Is Huey?, which was released in the winter of 2011. Containing sixteen hip hop tracks, it included the titles Money 2 Blow Freestyle, Rolla Coasta, Slow Down (Feat. Young Home), Ransome Freestyle, Talk About Me, What You On, Block Party, How You, and I’m Fly, among others.

A few years later, it was announced that Huey had signed with the Brick Squad Monopoly label and that he was working on his third studio album. Despite the announcement, the album has never been released. Instead, the rapper came out with a second mixtape entitled, Project H on May 14, 2014. His first record with Waka Floka Flame’s label, it represented all that he’s experienced since his debut back in the mid 2000’s. Produced by M16, Nemesis, PYP, Chad Wells, Chad Wells, Sleepytime 4000, many of whom he’s worked with before, it came with seventeen titles including Zoo Full of Women, Crack Addict, Have Sumn Going On (Ft. DC), The World, Bout Dat Life, Ballin It How I See It, Start Eyes, Tonight, and Reaction.

What happened to Huey? If you’re a fan, you’ve probably noticed that he hasn’t released anything since 2014- his last record being that of the mixtape, Project H back in May of 2014. Despite the fame that he pulled in during the late 2000’s and early 2010’s (especially for his hit single, Pop, Lock, & Drop It), it seems that he has presumably fallen off the grid.

Although he has an official website- thisishuey.com, the site is bare and consists only of the word “HUEY”, there is nothing indicative of what has happened to the artist. Even his Twitter account, @huey314 hasn’t been touched since the winter of 2015. Was he what many people consider to be a one hit wonder? You make the decision.