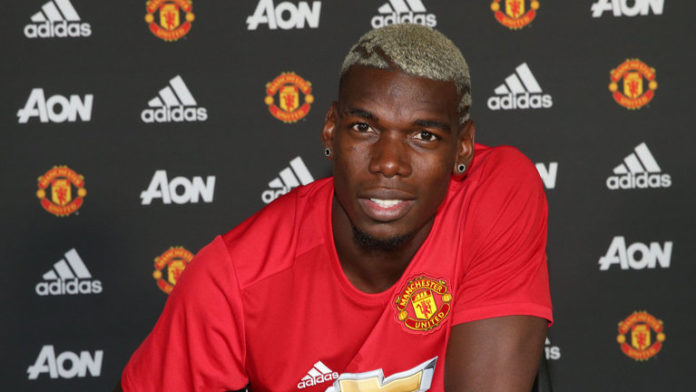 Soccer players are some of the wealthiest sports stars in the world. Not all that surprising, considering the game is player world wide, and the kind of investors it has been attracting this last decade or so. Paul Pogba is a young French midfielder currently playing for the world famous Manchester United. The team has been having a few set backs since Sir Alex Ferguson left the side a number of years ago, but it is still one of the most profitable teams in the world, and their players are paid higher than most other firms. Paul made the move to United last year, and has put in a respectable performance. Over 25 appearances he has scored five times, but he’s a midfielder, so set ups are more important in terms of judging skill. With over 2000 hours on the pitch for United, his five goals and four assists is looking a little meager. It will be interesting to see if he can justify the highest ever transfer fee on record, $116.4 million.

So let’s see how much he’s worth, and where all that sweet money is coming from.

How Did Paul Pogba Make His Money & Wealth? 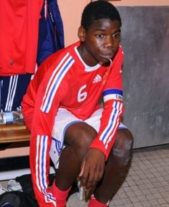 Pogba is a soccer player, so where he makes his money isn’t much of a secret. Between weekly wages and endorsement deals, it is not surprising that so young a player has already amassed quite a fortune. There are two things I love about soccer money. The first is the fact that the players are paid “weekly”, or at least it is listed like that. It harkens back to the days when soccer players were like the rest of us, working stiffs, blue collars, and seen as some of them are earning more than $100,000 per week, it is getting a bit ridiculous that it is still displayed like that. The other aspect is the transfer fee. I used to think that went to the players, but that is not the case, it goes to the players club, and a bit to the players agent.

Pogba was born in Lagny-sur-Marne, Seine-et-Marne in France. His older brothers are also professional soccer players, with the eldest playing for the Guinea national side, in the same way that Pogba plays for France. In 2009 he moved to England to join the Manchester United Youth Academy. He trained with them for a number of years, before moving to the senior squad for the 2011-2012 season. It is likely that he was placed here in order to increase his value, and he was sold to Juventus not long after. He played for Juventus for four seasons. He was transferred back to United last year, for a record breaking $116 million, breaking the record set for the transfer of Gareth Bale, who I wrote about just yesterday.

Now to where he is making his money. He pulls in $360,000 from his contract with Manchester United. There was a $5 million bonus paid for his transfer as well, and a percentage of that went into Paul’s pockets. Then there are the endorsement deals, he has a back room deal with Adidas, the shoe and apparel company, said to be worth $31 million, but it is clear that that is over time. The last avenue is social media. It is not known at this time if Pogba has been leveraging his sizable social media audience, but it is safe to assume he is. One of the first things successful soccer players do is hire a finance manager, and at this stage, considering the wealth mad in only a few short year, Pogba likely has a portfolio worth quite a bit of cash somewhere, but that is speculation.

I honestly have no idea. I have conflicting reports of the soccer player being married, just dating, being a prospective father and being dead. I’m fairly certain he’s not dead, but the rest of them are up in the air. He has been romantically linked to Justin Bieber’s old girlfriend, Chantel Jeffries.

Where is Paul Pogba from?

Pogba is from Lagny-sur-Marne, Seine-et-Marne in France. His parents are from Guinea, whose national team his older brother plays for.

What awards has Paul Pogba won?

Paul Pogba is a top rate soccer player, he helped Juventus win top position in four Serie A seasons before being transferred back to United. He has helped United win the EFL last season, a knock out tournament. As a player he was the recipient of the Serie A top assist player and the best young world cup player of 2014.

Where does Paul Pogba live? Pictures of Paul Pogba’s house.

Paul currently lives in a mansion a mere 20 mins from the Manchester United training grounds. The $4 million was bought last year for $3 million or so. The place is gorgeous, and I have included a few pictures for you to see for yourself.

What kind of car does Paul Pogba drive?

He recently purchased a Mercedes 4×4 for use in the UK.

How Many Goals has Paul Pogba Scored?

Paul Pogba is a midfielder, as a result the total goals scored is never going to be a huge amount. In the five years of play he has under his belt he has scored 32 goals. His place on the United squad is all about set ups and position thoguh.

How much was Paul Pogba’s transfer Fee?

Pogba has the honor of holding the record for the transfer of a single player. He was sold from Juventus to Manchester United last year for an impressive $116.4 million.

How much does Paul Pogba make in a week?

Pogba has the second biggest weekly income at United, taking home $360,000 per week, give or take ten grand or so.