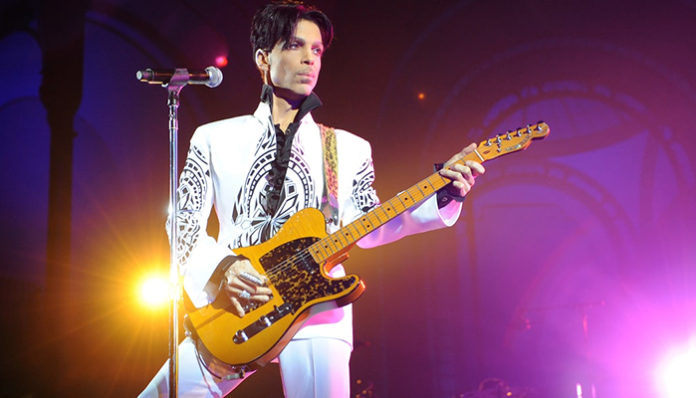 Prince Rogers Nelson- simply known as Prince, was one of the best selling musicians of all time. Known for his exuberant stage presence and wide vocal range, he entered the music scene in the late 70’s with  his debut album, For You (1978). However, it wasn’t until his sixth studio album entitled, Purple Rain (1984) that he garnered worldwide attention as an up-and-coming artist. Throughout his career, Prince had released over three dozen full length albums, and over a hundred singles, many of which have charted in the United States.

The winner of seven Grammy Awards, Prince was undoubtedly one of the most recognized singer-songwriters in the world. Thus, it’s not surprising to know that his net worth was in the hundreds of millions at the time of his death. Let’s take a look at how he managed to earn his fortune.

How did Prince Make His Money and Wealth? 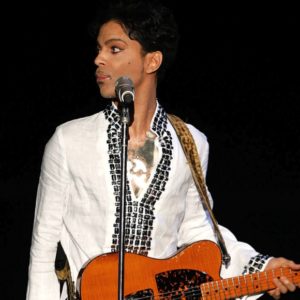 Born on June 7, 1958 in Minneapolis, Minnesota, Prince Rogers Nelson was the son of a pianist, and a jazz singer. Encouraged by his father to pursue music, he started to play the piano at a young age; by the time he was seven, he had penned his first song, Funk Machine. While in high school, the teen formed a music band with friends Andre Anderson, Morris Day and Grand Central; with the group, Prince ultimately continued to hone his craft over the next few years.

Wanting to go further in music, the aspiring musician later recorded a demo tape with the help of producer Chris Moon. Eventually presented to several recording companies, it ultimately garnered interest from Columbia Records, A&M Records and Warner Bros. Records. Deciding to forge a deal with Warner Brothers, he signed with the label and quickly got to work with his debut album. For You, as it was called, was later released in the spring of 1978. However although it managed to chart on the US Top 200, its commercial performance was modest at best.

Determined to put forth a more successful album, Prince got to work at the studio and eventually released his second effort, Prince in 1979. Peaking at number twenty two on the Billboard 200- a significant improvement over his debut, it later went on to sell over 1,000,000 in the United States, making it his first Platinum-certified album. A commercial hit, the album would have of course, earned Prince a decent amount in the late 70’s- the beginning of his fortune, if you will.

Prince’s next big break came in 1984 with the release of his album, Purple Rain. The breakthrough that he had been waiting for, it peaked at number one in a handful of music charts- including the US Billboard 200. Considered to be one of the best albums ever created by many contemporary critics, it sold a staggering 1,500,000 copies during its first week. Since then, the Diamond album has over 13,000,000 units have been sold within the US alone. It also went on to win two Grammy Awards in 1985.

Carrying on with his successful career, Prince continued to steadily put out albums over the next three decades. Some of his other big hits include Around the World in a Day (1985), Sign o’ the Times (1987), Batman (1989), Diamond and Pearls (1991), Emancipation (1996), and Musicology (2004), to name a few. Altogether, he had sold over 100,000,000 music records across the globe- no wonder he was considered to be one of the most affluent singer-songwriters in the world. In 1992, Prince also signed a new recording contract with Warner Bros. that was rumoured to have been worth up to $100 million- that’s over $172,000,000 in 2017 dollars, taking into consideration inflation!

In addition to the wealth that he accumulated from record sales, Prince also earned a substantial amount from touring over the years. For instance, let’s take a look at some of his concert tours from the 2000’s- in 2004, he had his Musicology Live 2004ever tour which saw over 1.2 million fans in attendance; the event ultimately earned $87.4 million at the box office. Two years later, he once again hit the road for Per4ming Live 3121, which saw forty different shows.

From there, Prince went on to perform six additional tour concerts, the last of which was Piano & A Microphone Tour (2016), shortly prior to his untimely passing. Knowing that all artists receive a royalty fee for their performances, Prince would have rightfully earned hundreds of thousands, if not millions for his concert shows. According to various sources, the award-winning artist had earned over $250,000,000 over a period of 14 years- not too shabby for someone who used to sing with a local band. Since the beginning of his music career in the late 70’s, Prince had embarked on a total of 29 tours- most of which brought him to various cities around the world!

Speaking of royalties, Prince’s music has also been featured in hundreds of different TV series and films over the years- all of which would have supplemented his already high income. For example, his hits have been used in Batman (1989), Beverly Hills 90210 (1990), Tiny Toon Adventures (1992), Stars in Their Eyes (1998), Top of the Pops 2 (20002), among countless others.

Unbeknownst to many, the singer had actually also embarked on a brief acting career in the 80’s and 90’s. Most notably, he starred in the Oscar Award-winning musical drama film, Purple Rain (1984) which saw him playing the role of a young musician by the name of “The Kid”. An overwhemling success at the box office, the movie ended up grossing over $293 million by the end of its theatrical run. Further propelling him into the realm of super stardom, Purple Rain remains to be Prince’s most well remembered portrayal on the big screen.

Outside of the show business, Prince had also embarked on a series of ventures including the establishing of an independent recording label (e.g. New Power Generation), a musical, a computer program, and a retail clothing outlet. In the winter of 2016, it was also revealed that a reality series was in the works, according to a Netflix Spokesperson, although the project ultimately fell through after the artist’s tragic death the following spring.

Prince was married a couple of times in his life- in 1996, the thirty-seven year old tied the knot with Mayte Garcia, his backup vocalist and dancer at the time. After four years of marriage however, they divorced in 1999.

A few years later in 2001, Prince married Manuela Testolini; the pair were ultimately together for five years prior to divorcing in the summer of 2006.

Aside from his two marriages, Prince had also been romantically linked with several other celebrity stars such as Anna Fantastic, Kim Basinger, Sheila E., Sherilyn Fenn, and Madonna. Prior to his first marriage, he was also engaged to American singer Susannah Melvin, although the two never ended up going through with the wedding.

Did Prince Have Any Children?

Yes, Prince had a son with his first wife, Maybe Garcia named Ahmir Gregory Nelson (b. 1996). Unfortunately, due to a genetic disorder (e.g. Pfeiffer Syndrome), his son passed away after only a week.

Where Did Prince Go to College?

The singer-songwriter did not go to college. While still in his teens, he signed with the Warner Bros. Records; after graduating from Central High School, he dove straight into recording for his debut release.

Where Does Prince Live? Picture of Prince’s House 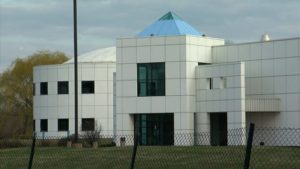 Back in 2014, Prince had released a virtual tour of his $10 million Paisley Park estate located in Minnesota. Sitting on 50,000 acres, it boasted purple walls and a huge recording studio- which was home to many of the singer’s musical instruments including keyboards and guitars. But that’s not all, the property also featured an extravagant lobby area with sky-themed walls and a glass pyramid that glowed purple whenever Prince was inside.

From the outside, the 55,000 square feet self-contained mansion donned grey, futuristic walls with lines that distinguished each building.

Why is He Called Prince?

According to an interview with his father, he was named Prince as he had wanted him to do “everything that [he] had wanted to”. Interestingly enough, Price’s childhood moniker was Skipper.

How much did Prince Earn Last Year?

According to various sources including The Rolling Stone Magazine, Prince had an annual salary off $56,500,000 as one of the highest-earning musicians in the world. Unfortunately as we all know, he had passed away in April of 2016- considering this, he most like did not earn his entire annual income at the time of his death.

Following his death however, Prince’s album sales spiked a whole 42,000%- which many did not find surprising as his passing had touched millions worldwide. According to sources, his compilation album, The Very Best of Prince sold over 250,000 copies over the subsequent three days.

Prince as a Philanthropist

Prince was nothing short of an incredible humanitarian. Not only did he perform free concerts for the deaf and the blind, but he also established a charity called Love 4 One Another which, he subsidized with a tour. Four days after 9/11, the music legend also donated $12,000 to an African-American library located in Louisville; however, he had asked that the donation be kept private- it wasn’t until after his passing that they revealed his generosity.

On April 20, 2016, 9-1-1 had been dialled from Prince’s home- it wasn’t until moments later that the unconscious individual was identified as Prince. Found unresponsive in an elevator by emergency responders, it was later revealed that the singer had been dead for approximately six hours. Unable to be revived, he was pronounced dead at 10:07am. In a subsequent press release, his official cause of death was revealed to be accidental overdose of fentanyl; Prince was 57 years old.

After an autopsy, Prince’s remains were cremated. As no written will was located, his five half-siblings were all said to have a claim to his estate. His cremated remains were subsequently placed into a custom urn, and put onto display in the Paisley Park Complex.