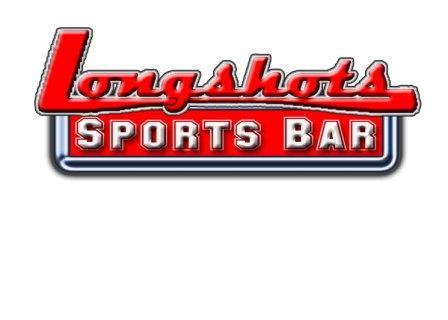 In 2008, former hotshot marketing executive Mark Wilson bought a failing bar thinking he could turn it around. Mark started working at a pizza business for 12 years; he started as a waiter, but by the time he left, he was a head marketer for more than 72 stores. He fell in love with the bar scene then. Mark assumed he could hire a couple of hot bartenders to sling drinks and people would come flocking; at first, Mark’s plan worked, and Longshots thrived. A few years ago, the place was wall-to-wall people and Mark was making $6,000 every 2 hours. As things got busier, Mark hired in more people, but the gaggle of women he hired could not get along. Mark admits that he has lost control of his staff; as the staff infighting worsened, patrons fled to the only other bar in town, Whiskey Tango. Now, Mark’s business and his personal life are in ruins due to the stress that Mark brings home to his wife. Mark is less than two weeks from losing his house due to being unable to refinance thanks to the failing Longshots.

Grain Valley, Missouri, is 20 miles east of downtown Kansas City. It is home to 13,000 people, where 28% of the population is between 22 and 34. Lacking a nightlife, most would-be bar patrons head to the bar Whiskey Tango and ignore the failing Longshots bar. Jon Taffer and his vehicle of experts pull up to the front of Longshots. Mixologist Elayne Duff immediately mentions that the bar looks dead and the front looks dilapidated and childish due to the bright colors. Jon explains that the interesting thing about sports bars is that rookie bar owners are attracted to the concept – however, the average period of life for profiting is only around 70 days.

The inside of the bar is big with no intimacy, but the interesting thing is that there is no television. Mark, the owner of the bar, looks absolutely defeated inside the bar. He is $450,000 in debt and less than 2 weeks from losing his house. The bartenders go about their duties, interacting with the few patrons. Jon points out that the bar is incredibly unprofessional and pulls up a video feed of the servers and bartenders fighting amongst themselves out back behind the bar, where the women scream at each other and accuse each other of things. Elayne cannot believe that the employee still works there, and Jon feels that Mark is allowing the staff to create a level of personal drama that is causing the bar to close down.

On the stage, a hypnotist begins his act, and Jon and Elayne are repulsed. The hypnotist calls for any patrons to step up and be hypnotized, and on the stage, people appear to be falling asleep. Jon jokingly says that he wishes the hypnotist could hypnotize him into having some better thoughts about the bar. Jon then says that his plan is to step into the bar and be mellow, then leave and cause them to think that the recon stage is over. So, Jon enters into the 7,000 square foot venue with 2 bars housing 4 speedwells, a catwalk surrounded by a chain-linked face, and the stage where the hypnotist performs his show. Jon walks up to the hypnotist and immediately instructs him to end the show and seeks out Mark.

Jon asks Jesse the bartender what type of music typically gets played, and Jesse says that they play whatever due to the crowd requesting music to be played. The most beloved bartender is lady bartender Keller; Jon introduces himself to Keller, who says that she may be the most talked-about bartender but that’s not always a good thing. Her relationship with Jesse is bad since the two of them dated for a few months. Keller then says that two people have slept with Jesse, and Mark is blown away that Mark knows that people are sleeping together and does nothing about it. When Keller tells her friends that she works at Longshots, she finds it embarrassing. Finally, Jon approaches Mark and introduces himself, then says that he will be leaving for the night. Jon returns to the car and in the video footage, Mark is stressing out because he feels that Jon cannot save his bar. Mark then breaks down crying in the back of the bar. The worst thing is that the staff of Longshots has no leader – you do not want to work for someone you pity.

Mark takes the three people that Jon spoke to up to his office and confronts the three of them about their personal drama and what they said to Jon. Mark loses it and says he does not have time for this drama. Mark buckles down as Keller tries to voice her complaint that Jesse and Taylor’s drama is important to her. The following day, Jon returns to the drama-filled bar to have a meeting with the staff. In over 800 bars that Jon has been a part of, he has never seen something as low-energy as a hypnotist in a bar. The biggest problem is the low energy and inconsistency with promotions and drawing crowds in, which is strange for someone like Mark who has a marketing background. Jon then demands that Jesse keep his “d**k in his pants” while he’s here, and backs it up with a study – 80% of employees have experienced a workplace romance in some way, and they always decrease productivity and happiness while increasing stress and liability for a lawsuit.

Jon introduces Elayne Duff and Brandy Starr, who is a service manager, and the head manager for numerous Las Vegas clubs and bars. Elayne will work with the bartending service and Brandy will work with all the staff and train them to be more eloquent and courteous, which should increase their tips as a result. Jon walks through the bar with Mark and finds that all the alcohol is in a refrigerated unit, which is not good since whiskey will sweat. Behind the bar, the refrigeration unit is seeping disgusting gunk, and there is plenty of sludge by the bottles behind the bar. There is rat feces behind the bar, and none of the ashtrays are cleaned. Jon demands that the staff clean the entire bar and kitchen down, and he takes his leave for the day while the staff both cleans and is instructed by Brandy and Elayne.

One of the employees actually resigns while Jon is present at the bar for the Bar Rescue, explaining that he just does not feel that he can work for Mark since Mark had to call in Jon Taffer. Still, the bar undergoes a successful Bar Rescue operation.

Longshots Sports Bar Now in 2018- The After Bar Rescue Update

Longshots Sports Bar was renamed to the Badlands Country Nightclub after the Bar Rescue operation, and unfortunately, it appears that the bar has closed. The owner, Mark, seems to have left behind the entire staff and operation to open up two additional bars with a fresh start. No reviews can be found for Badlands Country Nightclub, but reviews could be found for Longshots Sports Bar – the reviews were all fairly healthy, with a decent 3.8 star rating on Facebook across more than 90 different reviews and a 3.4 star rating on Yelp with more than 45 different reviews. Yelp also says that the Longshots Sports Bar has closed, but it is unclear whether the bar was marked closed due to the name change or if it was marked close due to it genuinely being closed due to poor performance.