The 10 Douchiest Cars on the Road 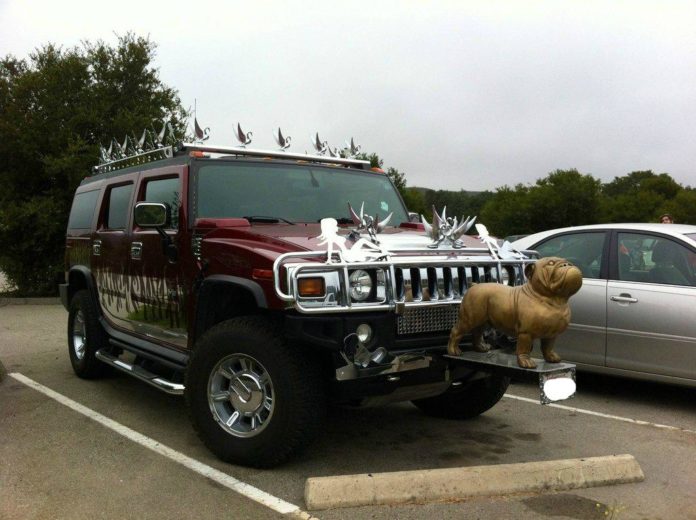 We’ve all had that moment. Someone cuts you off, or rolls up next to you with so much ego that they needed a trailer to carry it all. And likely, we’ve all had the same thought “What a douche.” Here, we take a look at the 10 douchiest cars on the road, and why they are the douchiest. Keep in mind, not all drivers of these cars are douches, just quite a few are or give off the appearance of being one while within these vehicles. 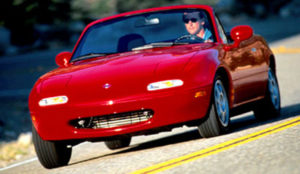 Coming in at the bottom of the list of douchiest cars is one that is the epitome of “you tried to be cool”. Playing third fiddle to Mazda’s popular RX-7 and RX-8 lines for years, the Miata almost always came off as the car where the driver would somehow have an ascot-related accident at some point in their lives. While the newer models seem to have a bit more fire to them and seem a bit less of a douche-magnet, past models set a very good precedent. 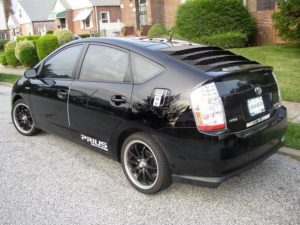 This one actually hurts to put on the list, as I have owned a Toyota Prius, and aim to own one again someday. However, even I, a latte sipping, mountain trail hiking, environmentally-minded lefty, can’t deny that Priuses (particularly older ones) were and are some of the douchiest cars around. Now, it’s not exactly the design of the car, as much as it is the person driving it. While the design of the car has changed from honestly one of the ugliest things on the road to something that a decent amount of people would look at it, shrug, and say “not bad”, the drivers have all had the same stereotype, not too far from my own description, but with one key change: smugness. No one (even other Prius owners) liked the smugness that came from being “environmentally friendly” and green chic. The irony of this is of course in older model Prius vehicles, when taking into account pollution due to their battery packs, actually were usually worse off for the planet than most other sedans.

Having had the chance to ride in a 2016 Mustang, I have to say, I like Mustangs. They are comfortable, have a sleek design, and plenty of giddy-up and go. Except, of course, the V6 models. Now, if you’re in it for the first two reasons, then by all means, get the Mustang, it’s a nice car. But if you’re going to act like you’re a race car driver, at least do us the favor of getting the V8 so that way when you whip in front of us, there can be some distance between you and the Toyota Corolla you just tried to cut in front of. Bonus points if you pull this stunt on a wet road and cause a rise in stock of hypertension medications. 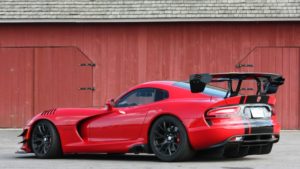 Sometimes referred to as the “redneck dream car” or just the douche who tried taking the freeway on-ramp at 110 because they could, the Dodge Viper is one of the douchiest cars around. Unlike the V6 Mustang, the Viper can at least back it up with some muscle. However, that muscle can also cause some problems if the person who owns it is a little too sure of themselves and their ability to tame the beast under the hood. With wicked fast acceleration and handling bordering on too sensitive, one idiotic “Hey! Watch this!” Could easily land everyone even remotely close to one of these in the morgue. But at least it’d be in style. 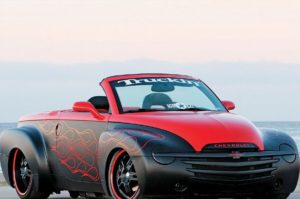 Now, before we begin, I must point out that I can almost, almost see where somebody would like this kind of car. Maybe you want a low profile sort of sedan-pickup hybrid? Maybe you want it to look a little retro? Maybe, actually the more I think on the car, the less I can put off the ever present question of “why”. Why would you want a car truck hybrid that looks like a knockoff from “a better era” for the price of a better sedan and a decent truck and can barely do the job of either? An idea that on premise could be cool, for the price and performance of the vehicle gets dragged right into the douchiest cars available. 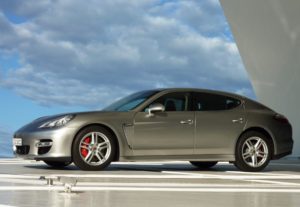 Making it halfway to our countdown of douchiest cars is an odd offering from Porsche. A brand synonymous with country club foagies and people who want the look of luxury while giving a ride experience that you can similarly have riding a dryer filled with gravel, this odd hatchback/sport car hybrid didn’t do Porsche any favors. Supposedly purpose built to be more spacious (probably for more golf clubs) this vehicle is one of the ugliest possibilities of crossing a Boxter and Cayenne, and topping out at nearly $90,000, it’s really hard to justify this sort of purchase when both of the previous models were better buys, and arguably better for their separate purposes. 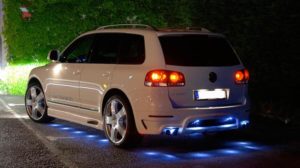 Now, this is not so much a dig at the drivers on this one, unlike the others. This one is more directly aimed at the $40,000 to $60,000 hunk of metal on the street. While there can be something said, in fact a lot said for having a luxury SUV if one can afford it, this one in particular makes the driver look a little less than savvy. Due to revelations over the past few years about VW’s handling of emissions testing for their diesel vehicles, and the lower end horsepower that this SUV provides (280HP at top out, as opposed to say the BMW X5 which can run over 400HP), this can be an extremely bad buy. Drivers can hazard looking like the new rich guy trying to make it, and thus come off unintentionally as a douche.

Have you ever wanted to look like you’re driving a toaster oven? Have you ever considered a Minivan to be too big, a sedan to be too small, but something called an MVP just right? Then this may be a vehicle for you. Supposedly drawing design inspiration from the “social atmosphere of a Jacuzzi”, the Cube, especially if lowered and in an outrageous color will grab someone’s eye- for all the wrong reasons. It’s personally very odd to me that such a vehicle won the design of the year award for 2010, and while it may speak to some people craving a design aesthetic that is more canvas than the normal stock vehicle, it’s still very hard to not think this one of the douchiest cars around.

have a big plot of land, or use this truck for work purposes, or anything remotely related to such things: I don’t blame you for choosing a Dodge. Having ridden in plenty of Dodges and Fords in my day, I can say that both are fine vehicles and can serve a huge variety of purposes. If I owned a farm or livestock, I’d trust either brand and be, without a doubt, pleased. However, if you haven’t hauled anything but a 24 pack of PBR in the past 6 months, but find the need to have a lift kit, mud tires, or God help us all, tail fins or truck nuts, I do find that to be about the douchiest thing you can drive. In fact, if your ride has truck nuts, then that vehicle automatically makes it to the honorary number one spot.

Taking the title of the Douchiest car on the road is the Hummer line of vehicles. About as useful as an Evinrude in a desert, efficient as using a wheat mill as a blender, and usually in chrome or a screaming banana yellow that shouted “Hey! Look at me! I’m cool, right?”, there is little that can be said in support of owning this car. While the same plant that made Hummer would go on to make its more useful and credible Military cousin until the 2010’s, the Hummer line itself ended with an odd H3 hummer-truck hybrid in 2009. There was at one point a prototype Hummer that got nearly 100 miles to the gallon, and was even shown off by then Governor of California Arnold Schwarzenegger, but this line of cars died before any such concept could come out to the real market.