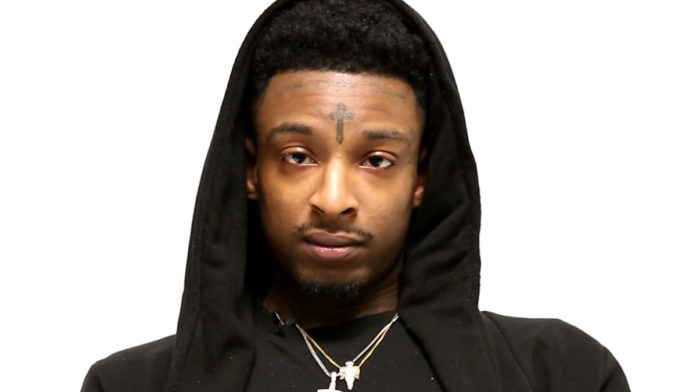 Another week, another look into the personal lives of the rich and famous. Or in this case, the young and up and coming, that was more of a mouthful than I intended. 21 Savage looks set to be a big star in the Hip Hop scene, like a fair number of other folks I have looked at this last while. He’s listed as a trap artist, and while I’m not all that familiar with the conventions of the genre, I have to say, I enjoy his music. Not much I can personally relate to, but stylistically it’s very well put together. The crux of this article is about how much they are worth, and where they got their wealth, and over the last few weeks I have dove into the world of music production and sales. Different genres get paid from different sources, and the core currency unit of the genre switches all the time, from the single in pop music, to the live show in punk to the set in the world of professional DJing. For young up and coming rappers the core currency unit is the verse.

So let’s see where 21 Savage came from, and how he made his fortune.

How Did 21 Savage Make His Money & Wealth? 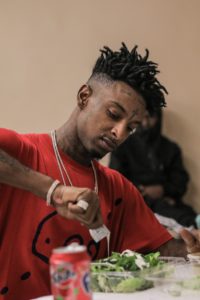 21 Savage was born Shayaa Bin Abraham-Joseph on October 22 1992. He is originally from Dominica, though he grew up in and around Atlanta, Georgia. It is still very early in his career, and as a result he has yet to release a full album. He is well known instead for his mixtapes. It is very common these days for young Hip Hop artists to focus on mixtapes rather than albums. Many Mixtapes don’t even rely all that heavily on samples, making them very similar to EPs in many ways. 21 Savages debut single, Picky. The track is indicative of the style, punchy and confrontational, and stylistically interesting. It would be featured on his debut mixtape in 2015, The Slaughter Tape. Mixtapes tend to be free though, so where is 21 Savage making his cash? The answer is the same as where all young rapper make their cash. Selling verse.

There is a kind of ecosystem out there in the world of Trap and about to burst into the big time rap scene. Everyone appears on each others tracks, increasing exposure, and selling a verse in their song. The featured artist tends to make a decent amount of money too. As the fame of the rappers grows, so too does the price they charge per verse. Last year Lil Yachty was reportedly charging upwards of $3,000 for a verse, and seen as 21 Savage is getting fairly popular, it would not surprise me to hear of him charging similarly, if not more, for a brief run on the mic.

There are other sources of income to consider as well. 21 Savage has dabbled in producing. though mostly with his own material. The sale of singles has been a money spinner for the artist, as is the sale of his EPs. His collaborative EP with Metro Boomin, who I will be taking a look at later in the week, peaked at number 44 in the Billboard chart, his highest charting performance to date. It will be interesting to watch his career grow.

He is not, nor is he romantically linked to anyone.

Where is 21 Savage from?

21 Savage is from Atlanta Georgia.

21 Savage was shot 6 times. He has described the experience as a little out of body, dissociated. It is alleged that 21 Savage was taking part in a drug deal that had turned into a robbery. His friend, Johnny, was shot in the head and was dead at the scene, but he was wounded instead. He attempted to fire back, but it is unknown if he hit any of his attackers. The six bullets lodged into his chest, stomach and arms. It took half and hour for an ambulance at arrive at the scene. He still suffers from nerve damage as a result of his injuries.

Why does 21 Savage have a dagger tattoo on his forehead?


21 Savage and his little brother, Quantivayus, had agreed when they were young to get the same tattoo of a dagger as Tony Montana from Scarface. the plan was to match the location as well, between the thumb and fore finger, but Quantivayus went at got his on the forehead. After Quantivayus was shot dead in a drug deal 21 Savage got the same tattoo in the same place in memoriam.

What kind of car does 21 Savage drive?

21 Savage currently drives a Ferrari. The rapper claims that it was a gift from Drake. You can see the pictures here.