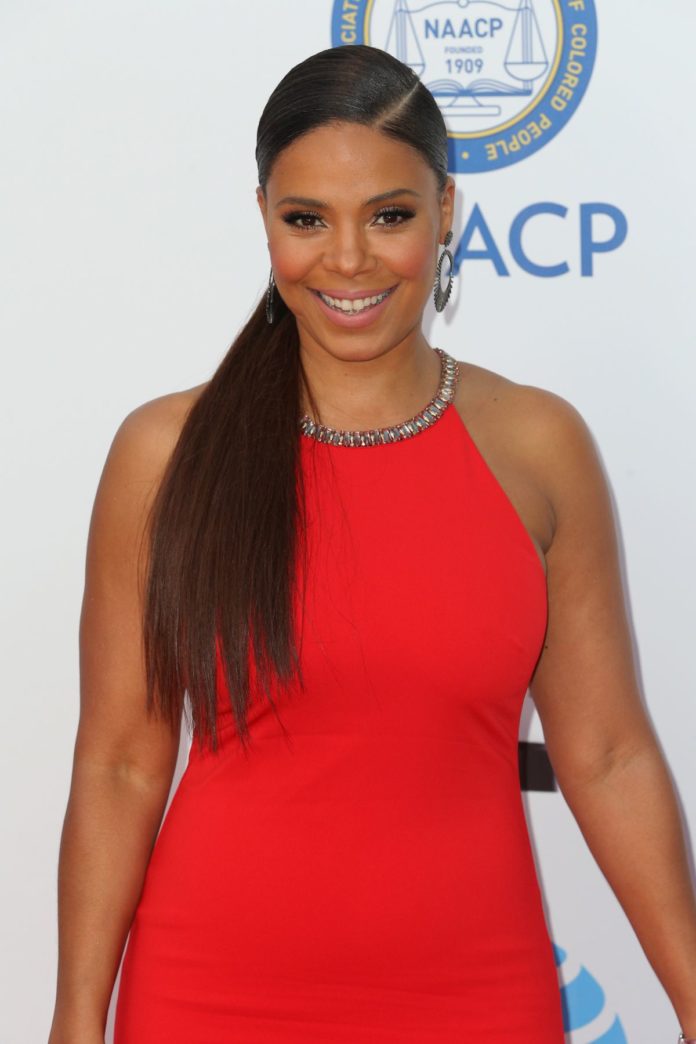 American actress Sanaa Lathan has starred in several films such as The Best Man (1999), Out of Time (2003), and AVP: Alien vs. Predator (2004). The daughter of a former actress, she was exposed to the show business at a young age. While studying English at the University of California at Berkeley, she joined the Black Theatre Workshop with whom she performed with for several years. Although her original intention was to go to law school, she was recruited to enroll in the Yale School of Drama shortly prior to her graduation. As she honed her skills at the institute, her love for drama only grew greater. During her time there, Lathan took part in numerous drama productions such as Twelfth Night, Romeo and Juliet, and The Winter’s Tale. From there, she eventually turned her attention to television, appearing in a number of series such as In the House (1996), Moesha (1996), and Family Matters (1997), the first of which served as her official acting debut.

After playing a series regular in the comedy, LateLine (1998), she received a massive break with the romantic comedy film, The Best Man (1998). One of the highest-grossing African American movies in history, it garnered the actress a nomination for an NAACP Image Award- her first industry award. With her boosted popularity, she easily landed a number of roles in the films Love & Basketball (2000), Brown Sugar (2002), Out of Time (2003), AVP: Alien vs. Predator (2004), and Something New (2006), over the new few years. After a prolonged break from television, she returned as a recurring character in the drama series, Nip/Tuck in 2006. Following that, Lathan took part in the films The Family That Preys (2008), Powder Blue (2009), and Contagion (2011). In 2012, she scored another lead role in the Golden Globe-winning crime drama, Boss where she starred alongside Hannah Ware, Connie Nielsen and Kelsey Grammer.

A talented actress, Lathan collection of industry awards has only increased since the start of her career in the early 2000’s. So far, she has received two Black Reel Awards (e.g. Best Actress), a BET Award (e.g. Best Actress), a Theatre World Award (e.g. Best Female Lead), two NAACP Image Awards (e.g. Outstanding Actress in a Motion Picture), among numerous other nominations. Speaking of television, the New Yorker has also been featured in sundry TV talk shows such as Entertainment Tonight (2008), Breakfast (2010), Big Morning Buzz Live (2011), The Wendy Williams Show (2011), and The Boris & Nicole Show (2015), to name a few. In total, Lathan has picked up close to forty different roles since her debut.

What has the actress been up to since then? What new movies or television series have she appeared in recently? Is she still acting full-time? What other endeavors have been keeping her busy as of late? What can fans expect to see from her this year? What happened to Sanna Lathan? Where is she now in 2018? 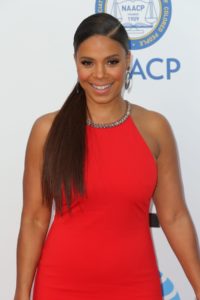 Born on September 19, 1971 in New York City, New York, Sanna Lathan (Birth Name: Sanna McCoy Lathan) is the daughter of Eleanor McCoy, a former dancer and actress, and Stan Lathan, a former PBS employee; she is of Native American and African American descent. Due to her parents’ work, Lathan was exposed to the show business at a young age. However, the two eventually divorced, leading her to go between Los Angeles and New York to stay with both parents. Growing up, she was a trained dancer and gymnast; at school, she was also an intelligent student. After graduating from the Manhattan Center for Science and Mathematics, she successfully gained entry to the University of California, Berkley. While she studied English at the institute, she tried her hand out at acting by joining the Black Theater Workshop.

Despite Lathan’s latent desire to involve herself in the arts, her original intention was to apply for law school after obtaining her bachelor’s degree. However, she was eventually recruited to enroll at the Yale School of Drama by a recruiter, shortly prior to her graduation. Jumping at the opportunity, she began studying at the institute in order to hone her craft. During this time, she participated in a handful of school productions such as Twelfth Night, Romeo and Julet, Othello, and The Winter’s Tale. The longer she spent performing on stage, the greater her desire to act became.

Wanting to narrow the distance between herself and her mother, she decided to move back to New York following the completion of the program. Once there, she began her career in a series of off-Broadway productions such as A Movie Star Has to be Born in Black and White, and Por’ Knockers. Despite her original intentions to be near her mother, her father soon encouraged her to relocate to California after realizing her true ambition and skills on stage. Although she was initially reluctant, Lathan ultimately moved back to California for greater opportunities- a decision that has proved to be correct. 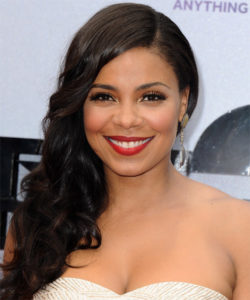 In 1996, she made her official acting debut in an episode of the comedy, In the House. Later that same year, she appeared for a two-episode arc in the family series, Moesha (1996). After appearing as a minor role in Family Matters (1997), Lathan made her feature film debut in the adventure film, Drive (1997).

The following year, the actress received a minor break after being cast as a series regular in the comedy series, LateLine (1998). Unfortunately, it proved to be short lived and ended after seventeen episodes.

In 1999, another big opportunity came her way in the form of a romantic comedy called, The Best Man. Directed by Malcolm D. Lee, it starred Nia Long and Taye Diggs in the lead roles while Lathan portrayed the part of Robyn- one of the supporting characters. Produced by Spike Lee, Bill Carraro, and Sam Kit, the movie centered around Digg’s character, Harper Stewart- a young man who is hesitant about committing to his girlfriend due to a major career breakthrough. The Best Man also starred Morris Chestnut, Terrence Howard, Harold Perrineau, and Monica Calhoun.

While it wasn’t Lathan’s first time on the big screen, it was her first relatively major role in a film. Released in theaters on October 22, 1999, it ended up becoming a box office hit, taking in over $34.5 million in ticket sales altogether. From there, the gradually started to land greater and more prominent roles. 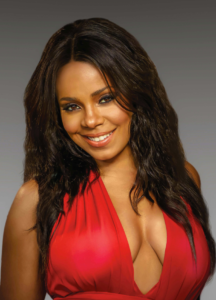 In 2000, the actress starred opposite of Omar Epps in the romantic drama film, Love & Basketball. Directed by Gina Prince-Bythewood, it depicted the love story of two next-door neighbors, both of whom eventually fall for one another while pursuing a professional basketball career. Playing as the female protagonist, Lathan took on the role of Monica Wright- a young woman who has worked hard over the years to establish herself as a basketball player; on the other hand, McCall portrayed the role of her neighbor Quincy, a young man born with natural star potential.

Released on April 21, 2000, Love & Basketball grossed a little over $3.1 million on its first day; by the end of its theatrical run, it had taken in a total of $27.4 million- a relatively high figure for a sports film at the time. Although its total gross was only $7 million greater than its production budget of $20 million, the movie was hailed as a success. Praised for her brilliant acting, Lathan’s role garnered her a number of accolades including a BET Award and a Black Reel Award for the category of Best Actress.

Two years later, Lathan once again collided with success in the romantic comedy, Brown Sugar (2002). Produced by Peter Heller and Magic Johnson, the film revolved around a pair of lifelong friends, Sidney, the editor-in-chief of XXL Magazine and Dre, an A&R executive. While the actress portrayed the part of Sidney, Taye Diggs starred opposite of her as Dre. Joining the two actors as members of the cast were Mos Def, Boris Kodjoe, Nicole Ari Parker, and Queen Latifah. To date, it remains to be one of her best well remembered roles of the early 2000’s, second to Love & Basketball.

Distributed by Fox, Brown Sugar was theatrically released on October 11, 2002. A critical success, the film earned favorable reviews from a number of critics including Roger Ebert, writing for the Chicago Sun-Times. By the time the movie closed, it had grossed more than $28 million- successfully recouping its production budget of $8 million. For her portrayal of Sidney, Lathan was nominated for two industry awards- one for a Black Reel Award (e.g. Best Actress) and another for an NAACP Image Award (e.g. Outstanding Actress in a Motion Picture).

In 2003, she starred opposite of Denzel Washington in the thriller film, Out of Time. Written by David Collard, it followed a police chief who must solve a double homicide before suspicion falls upon himself. While Washington played as Matthias Lee Whitlock, said police chief, Lathan portrayed the role of Anne Merai-Harrison, a local resident whom he is currently seeing; it is later revealed that she is diagnosed with cancer. The rest of the cast included Eva Mendes, Dean Cain, Robert Baker, John Billingsley, and Alex Carter.

Released on October 3, 2003, it ended up grossing $55.5 million at the box office, a little over $5 million more than its production budget of $50 million. Although reviews were mixed, the film earned a number of awards including a Black Reel for Best Theatrical Film. As for Lathan, her performance also netted her a Black Reel Award for Best Actress and an Image Award nomination for Outstanding Supporting Actress in a Motion Picture.

For the past few months, Lathas has been busy working on her new Fox drama series, Shots Fired (2017). Premiered in late March of 2017, it revolves around the happenings in a small Southern town after a series of racially-charged shootings. In it, the actress stars as the lead protagonist, Ashe Akino- an expert investigator of the Department of Justice. Still airing, the series is scheduled to continue until May.

On the big screen, she will also be making an appearance in the upcoming action thriller, American Assassin (2017). Directed by Michael Cuesta, it will depict the story of a counter-terrorism agent named Mitch Rapp (played by Dylan O’Brien). According to IMDb, Lathan will be portraying the role of a character by the name of Irene Kennedy. Currently in post-production, it will be released in the United States on September 15, 2017.

If you’d like to stay up to date with the 45-year-old actress, you can do so by following her on social media- you can find Sanna Lathan on Twitter at @justsanaa or on Instagram at @sanaalathan.