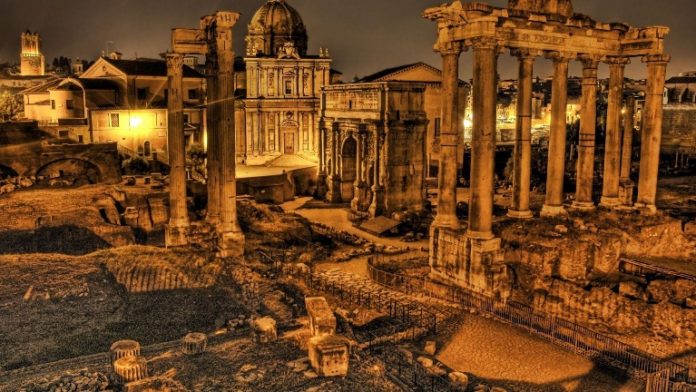 Archaeology reveals new details of our history. So far, the found historical remains bear witness of the lifestyle of our ancestors, which are often shocking even for the archaeologists. Researchers reveal new details about the life of our ancestors almost daily, at numerous sites around the world. Historical objects and buildings are breathtaking, but the occasional discoveries show us the dark side of the history. For many excavations, even after decades of research, scientists are still not able to offer any logical answer about how and when they were made. Here is the top 10 list of unexplained archaeological findings.

What are these? The Acámbaro figures are ceramic models that were supposedly found back in 1944 in Acambarou, Mexico. They were accidentally found by Waldemar Julsrud who found the original then worked with a nearby farmer to find the rest. Waldemar and the farmer dug of more than 32,000 of the figures, which ranged from dinosaurs to specific civilizations like the Sumerians and Egyptians. However, according to historical records, there were no people alive during the same era as dinosaurs so if these figures are in fact real it would be a huge coup for the “anti-evolution” crowd and likely hailed by strict believers of the Bible. That said to this day, neither archaeologists nor paleontologists didn’t accept the findings as credible.

9) A Human Skull With Horns 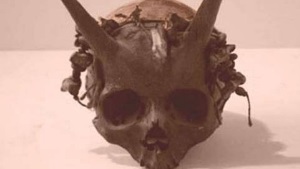 During the eighth decade of the 19th century, the researchers found the tomb in Sayre. Inside it, there were some strange human remains to say the least. The skulls appeared to have protruding horns and the bones looked like they belonged to people that were about 7 feet tall and buried around 1200 BC. It was not the first case of the excavation of the giant skulls with horns in the Americas. In fact similar skulls were found near Wellsville and Texas. The horns were considered as a symbol of kings in the past. Bones found in Sayreu, Pennsylvania, disappeared from the museum, where they were located. 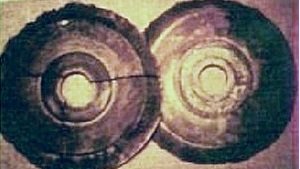 There was an archaeological expedition of the caves that laid between Tibet and China back in 1938. During this expedition they found stone discs with a diameter of about 12 inches and holes smack dab in the middle. These discs were called “Dropa Stones”. Professor Cum Um Nui from Beijing, believes they are from a space ship that crash landed in the region over 10,000 years ago. According to his theory, the aliens that he named “Dropas”, were unable to repair their spacecraft and remained there until their death. But somehow, these stones vanished without a trace, so they can’t be seen in any museum. Very interesting… 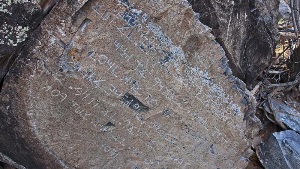 This giant stone was found discovered in New Mexico near Albuquerque. Some scientists believe that the inscriptions were written in Paleo-Hebrew language and are a shortened “Ten Commandments” if you will. It was first mentioned by a Frank Hibben, a Professor at the nearby University of New Mexico in 1933. He was taken to the stone’s location by a man found the stone when he was a young boy. If this is true, it is impossible for the stone to be a forgery, because the learned men of that time were unaware of the Paleo-Hebrew language and script. Due to its weight of about 80 tons, it was never transferred to a museum.

6) Map Of The Creator 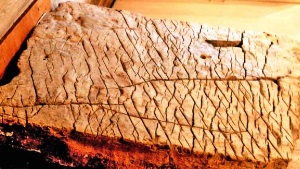 The Map of the Creator was found by Professor Alexander Chuvyrov in 1999 when he dug up  unusual stone tablet in the yard of his friend. Due to it’s sheer size and weight the processes of removing it from the ground lasted over a week. The tablet was 5 feet tall by 3 feet wide and it has a weigh of at least 2000 lbs. It is representing the three-dimensional map, which displays Urals region. The technology that has been used for its development is unknown. This map contains a variety of inscriptions and is believed to date 100 million years old or older. The text, which is printed on it, has not yet been deciphered. If the tablet is original it would show a highly advanced civilization existed far before previously belived. The map is currently under investigation and it’s authenticity being examined. 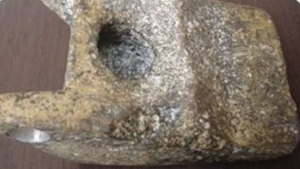 This artifact was found near the city of Aiud, Romania, in 1974. It is made of aluminium and has a shape of the wedge. The wedge was dug from a depth of 30 feet, together with two bones that belonged to mammoth. This discovery caused a surprise among scientists, because it is well known that the aluminum was discovered only in 1808. And also, the making of aluminium requires a temperature of 1800 °F. But, the very fact that this item had been found together with the bones of mammoths, says that the subject is nearly 12,000 years old. The aluminum wedge is kept safe at an unknown location. 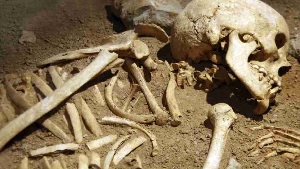 Nearly 200 years ago a human skeleton that was almost 12 feet long, with two rows of teeth was unearthed in Lompock Rancho, California. Twenty years after the discovery, researchers found another human skeleton with the length of 10 feet in West Virginia. And in 1895, in the hills near the Toledo, Ohio, they found 20 skeletons, placed in a sitting position and facing east. List of similar discoveries is truly great. In 1930s, there was a man who spoke about those discoveries and he allegedly had an arrangement with the Smithsonian Museum. But that was the last time we heard about the giants. Some are claiming that the man evidences were stolen and hidden by the Darwinists but no one know’s the true where abouts of the alledged skeletons. 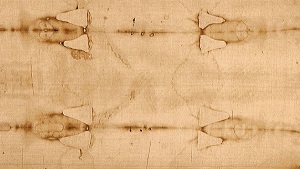 A linen known as the Shroud of Turin contains an image of a man that appears show injuries nearly identical to the ones suffered by Jesus Christ. Due to it’s religious significance it’s been kept at the Cathedral of St. John the Baptist in Turin, Italy for the last 500 years. According to the beliefs of many Christians, the Jesus Christ himself was buried in the Cathedral and for this reason the linen is one of the greatest relics of Christianity. In 1898, Italian photographer Secondo Pia, took the first photo of the shroud and was really stunned. He discovered the Shroud of Turin was some kind of negative. But, in 1988, laboratory analysis determined that the linen dates back sometime between the mid 1200’s and late 1300’s. The controversy about the Shroud of Turin often led to opposing opinions of science and religion and to this day it remains one of the most mysterious historical discoveries. 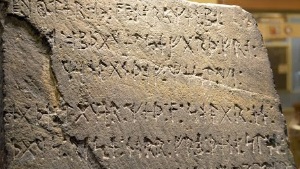 Olof Oman, a farmer from Kensington, Minnesota, found a large rock with carved letters on his land in 1898. The stone was 30 inches high and 15 inches wide. Within 10 years of the stone being found Hjalmar Holand, from the University of Wisconsin, claimed he had successfully deciphered inscriptions on the rock and that the rock dates back in 1362. The letters were carved by the Scandinavian researchers almost 150 years before Christopher Columbus visited the America’s. This would mean that the Vikings visited Minnesota roughly 150 years before Columbus, which would dramatically change the view of the worlds history. . 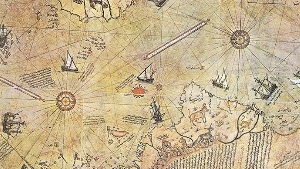 Topkapi Palace in Istanbul, where the map was found, was a residence used by sultans from the Ottoman Empire from the 1400’s to the 1800’s. When it was found, it immediately attracted attention not only because it was one of the oldest maps showing the America’s but it was also the only map from the 16th century depicting South America with its real geographic length. The most unusual thing about this map is a display of Antarctica, which was revealed only in 1820. This unusual detail opened the question on how it is possible that the Turkish admiral, who lived five centuries ago, marked the topography of the continent. Some assume high ranking members of the Ottoman Empire possessed this knowledge from a civilization that lived in the ice age.

Well, this is our top 10 list of archaeological mysteries. Do you agree with us? Do you think we missed something. Leave your opinion in the comment section below.