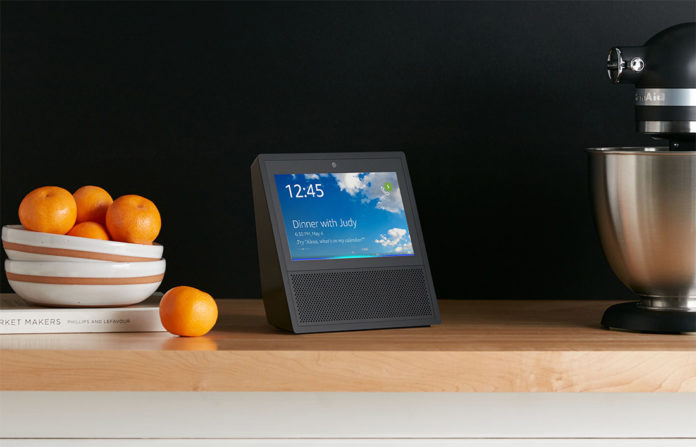 Although Amazon got their start as an online retailer, they have more recently been able to make a pretty big name for themselves in creating their own hardware. From the Kindle to the Fire, you’re probably familiar with at least one of Amazon’s products. One of the bigger hits that they’ve had is known as the Amazon Echo, which is a device that was one of a kind when it first hit the shelves. If you’re unfamiliar with the Echo, it’s basically a tower-like device that is able to act as a timer, a radio, and a personal assistant all in one. It’s highly versatile, and it was one of the first “home assistants” to really hit the market. Since the release of the Echo, Amazon has released spin-off products such as the Amazon Tap and the Amazon Echo Dot. The Echo Dot is a smaller, more budget-friendly model, and the Tap is meant for more rugged, outdoor applications.

The Echo Show is the latest product to come from this product line, and it’s certainly impressive. It looks nothing like its predecessors, and it comes with some features that are entirely new to this portion of the Alexa family. The Echo Show is currently slated to release in late June, and it’s sure to be a big seller, particularly among those who don’t have an Echo product already. In this article, I’m going to be going over all that there is to know about the Echo Show so that you’re able to determine whether or not this device is right for you. I’ll go over price, technical specifications, and features. With all of this information in hand, you should have no problem making an informed purchasing decision regarding this product. 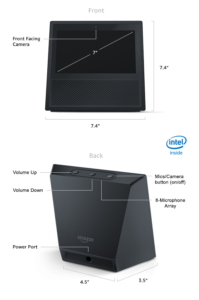 Price: Click here for the current discounted prices at Amazon.com

The differences between the Echo Show and your standard Echo are pretty clear. The design, to begin with, is completely different. The Echo Show sort of looks like an old television. Although this design isn’t quite as graceful as that of the original Echo, it definitely offers room for more features. The touchscreen is obviously something that you can interact with, but it also serves as the display for this device. The name “Echo Show” is a playful reference to the new command that users are able to give their device. Before, Alexa was mostly limited to providing information through words. You would ask her for the weather, and she would tell you the temperature, humidity, rain chance, and so on. However, with the Echo Show, you’re able to ask your Echo to actually show you these things. 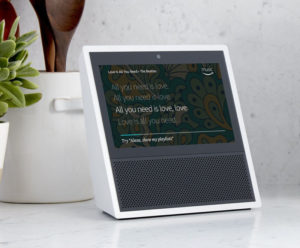 The weather report may not be the best example of how useful the Echo Show’s display can be, but I promise you that it comes through where it counts. It’s much easier, for example, to view a calendar through a screen than to hear its contents read out to you. It introduces a whole other feature into this product line by allowing you to watch videos. Whether you want to catch up with the news or view cooking tutorials, the Echo Show has got you covered. The front facing camera may seem like a strange touch, but it really works. Its main use is for video calls. With a simple voice command, you can initiate a video call with a friend, using the Echo Show as your communicator. This is one of my favorite new capabilities that Amazon is bringing to the table. It’s really, really cool to be able to initiate a video call with a piece of hardware that’s so normally integrated into yoru home. It sort of feels like living in the future.

Of course, all of the standard features that we have come to love are still present with the Echo Show. Nothing has been cut out — just enhanced. You’re able to listen to music with this device, and if you’d like, you could have it list the lyrics on screen as they play. And although the display means that the user is much less reliant on the Alexa voice recognition software, the software is still there, and it’s just as effective as it has always been. The Echo Show has all of the standard smarts that you would expect in any Echo product, but its significantly beefier hardware means that it has a lot more to offer. It’s a much more versatile and innovative machine, and I think it’s a pretty great upgrade to the base Amazon Echo model.

Is the Amazon Echo Show actually worth it?

So, it’s pretty obvious that the Echo Show is a significant change from the standard Amazon Echo. This is something that, even if you already own an Echo or an Echo Dot or what have you, you may still consider purchasing. The Echo Show costs $230, which is a pretty steep price for this kind of product. For reference, the standard Amazon Echo costs $150, and Google Home (which is arguably Amazon’s biggest competitor in this field) costs $130. The Echo Show is a big step up from both of those prices, but I personally think that it’s sort of fair. This device is in a league of its own, and I really don’t think that there’s anything else like it out there right now. I don’t know if it’s entirely fair to compare the price of the Echo Show to the price of other home assistant devices, since it has such a leg up on everyone else. 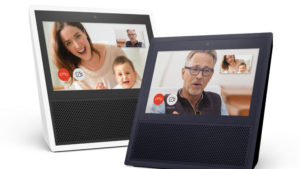 Nevertheless, that obviously doesn’t mean that you should just run out and buy it without thinking. In my mind, the Echo Show is a must-buy if you’re someone who doesn’t already have a device in this product family. I don’t want to sound too harsh, but it really makes the standard Echo seem obsolete by comparison. If you’re in that situation, then I think that this is perfect. However, if you already own an Echo, is this worth the upgrade? I think that depends on how you use your device. If you only listen to music, then obviously you wouldn’t benefit too much from the screen and camera. However, if you use the Echo as more of a central hub for all of your things, then I think the upgrade would come in handy. For instance, I’m someone who likes to use the Echo as a planner, and being able to visually see my to do lists on a screen is a real game changer. It’s ultimately up to you, but if you can afford it, I don’t think that there’s any real reason not to get your hands on this tech.

To take advantage of any current discounts at Amazon.com you can click here.